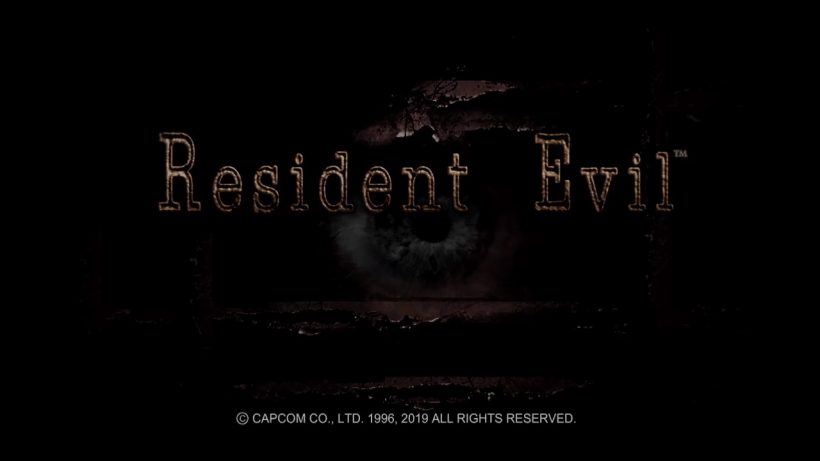 Many a time, Capcom has tried to bring its seminal survival horror game series Resident Evil to handheld platforms. But with the power of the Switch, it’s no longer a case of trying to cram a game full of prerendered assets and camp dialogue onto a constrained platform. This latest port of the original Resident Evil takes its horror straight from the source – the remake originally made exclusively for GameCube back in 2002, one of the earliest high-profile video game remakes.

For the uninitiated, Resident Evil has you investigating a mansion that contains as many head-scratching puzzles as it does zombies, not to mention the various other monstrous aberrations. This comes after Alpha Team members Chris and Jill escape from an attack by bizarre and vicious dogs, with their primary mission being to investigate the mysterious disappearance of the elite special forces squad S.T.A.R.S.. From ginormous tarantulas to the Hunter (which still has one of the most terrifying introductions), the enemies in Resident Evil are ready and waiting to eliminate you, so you have to play smart in order to avoid them.

For all its flaws, the game has aged remarkably well. Sure, the acting is still ropey (but would we have it any other way?), and while later instalments had an emphasis on action, this original Resident Evil title remains timeless with its gothic art direction, claustrophobic environments and fixed cameras that make you cautious whenever you’re about to turn a corner. The Alpha Team and S.T.A.R.S. members are much more vulnerable in this instalment compared to later ones in the series, being subject to limited supplies of ammo and healing herbs, and a quick death after only a couple of unfortunate encounters with the flesh-eating kind of enemies.

Inventory management becomes a crucial and rather annoying part of the game, especially if you opt to play as Chris. He has fewer slots than Jill, with Jill also having the added benefit of being the ‘master of unlocking’. A little unbalanced, to say the least. There’s also a fair amount of backtracking required, often because it turns out you need a certain item for a puzzle that you’ve left in storage, so need to scoot all the way back to a safe room to collect it again. That, or you’ve found a new item but don’t have room to pick it up, so you have to go clear something out to be able to acquire it.

If that feels antiquated, at least you no longer have to play with tank controls while holding the left stick will have you naturally running (well, more like jogging). It’s not completely perfect, though, since you’re still in environments with fixed cameras. Although you’re wandering around pre-rendered backdrops, these come to life surprisingly effectively thanks to some eerie real-time lighting effects, such as lightning flashes through the windows or candlelight.

These backdrops also utilise some seriously high-resolution assets, available for use in both widescreen or the original 4:3 ratio, accounting for the enormous file size of what’s meant to be an old game. Sadly, the CGI cutscenes have not had the same upscaling treatment, though it is not as glaringly obvious if playing in handheld mode. Additionally, the sudden angle changes can lead to disorientation at times, so watch out.

Blemishes aside, Resident Evil remains as definitive of an experience as it ever was, providing you can stomach a price tag that’s almost double the price for other current-gen consoles almost five years ago.

For many fans, that’s perhaps the real horror…

Still one of the best video game remakes, albeit with some old-school mechanics that show its age, the Nintendo Switch release of Resident Evil finally means a proper Resident Evil game you can crap yourself while playing on the crapper.