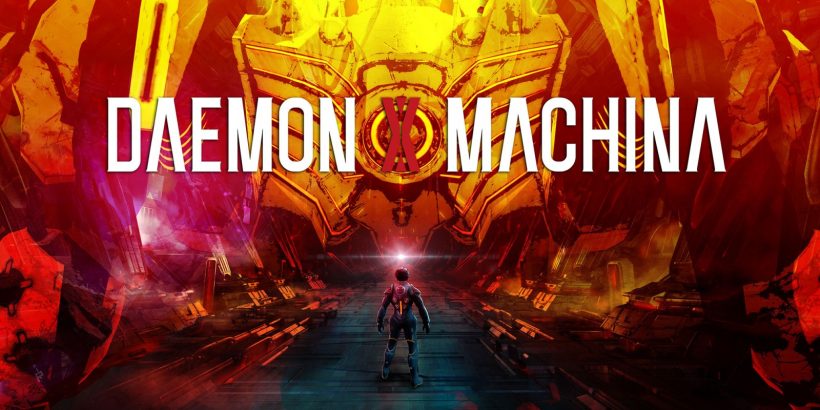 When Daemon X Machina opened up Nintendo’s E3 2018 direct, it made quite an impression. That trailer’s anime aesthetic, armoured core-esque mech fighting and thunderous metal soundtrack was a heck of a way to introduce itself to the world. Unfortunately the Prototype Missions demo garnered a lukewarm reception, but the final product is shaping up.

Immediately, it is clear that a lot of work has gone into the game based on the feedback from the early demo. The movement at which you race around the battlefield has increased, giving you a much greater sense of speed. Frame-rate is much more stable, doing away with the jittery feeling the demo had. Firing weapons has much more of a weighty feel, and the control scheme has been tweaked to be much more comfortable, although the button layout is completely customisable – always a welcome feature.

As a whole, the game feels great to play. The controls are responsive, and there is certainly a high level of polish that has gone into this one. Aside from the handling, Daemon X Machina is also a treat for the eyes, as the game just oozes with style. Things seem a bit chaotic and difficult to follow in the beginning, but once you learn the HUD and visual cues, things begin to make a lot more sense.

Missions are distributed out to you based on your rank. You begin as an E rank mercenary, and can build upon that as you progress through the story. We’ve made it up to and including D rank missions, which is a good five hours’ worth of gameplay.

The rank E missions serve as the bulk of your tutorials, getting you used to the controls and introducing you to a few of the characters. Just as the missions start to get a little stale and repetitive though, you hit the D rank missions, and this is where the game starts to step things up. For the first hour or two, every mission seems to be a different take on “kill all the enemies”, though after that point the game introduces escort and defence missions, as well as some insane boss-type battles against massive enemies.

Throughout D rank is where the story begins to really take shape as well. Look to our upcoming review for more details on the game’s story, but a quick breakdown is that an enemy group known as Immortals are trying to wipe out the human race. To achieve this goal, they are corrupting the AI of combat machines, and using those machines to wage a war against us.

There are also tensions between the different human factions, as well as the mercenaries hired to carry out missions for the different factions. The focus of the game’s early demo seems to be targeting mostly the gameplay, with story delivered via character communications before and after missions, with the occasional cutscene.

There is a decent level of customisation, as you can buy gear to upgrade your mech or playable character. A shop will become available for mech upgrades, allowing you to buy new armour pieces and weapons, though the bulk of the upgrades can be found mid-mission, as you can salvage items from downed mechs on the battlefield. Equipping those items can vastly change the stats of your mech, and reason suggests you’ll be able to optimise a loadout to suit your particular playstyle.

Daemon X Machina’s first few hours certainly makes a positive impression. The gameplay is tight and fun, and the threads of intrigue are beginning to be woven into an interesting story. We’ll have a review of how the finished article turned out in an upcoming issue of Switch Player Magazine.