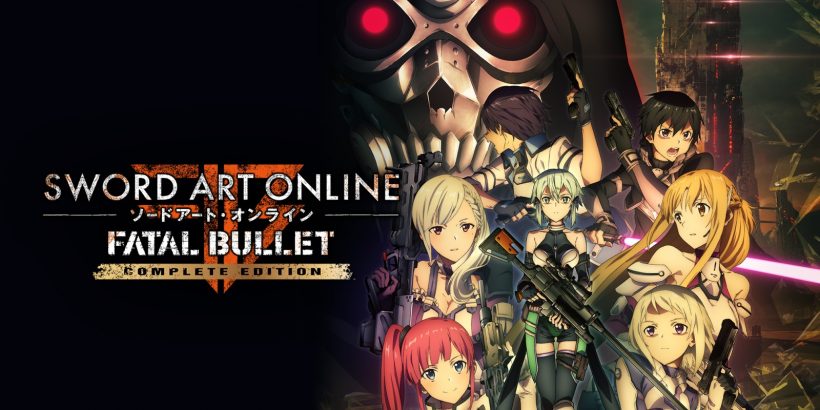 Sword Art Online has gone through a lot – not only when it comes to the anime series, but also through its many gaming adaptations. SAO, the original light novel about realistic virtual worlds, always seems to find a new way to recycle its ideas – be it with a new chapter for the series’ narrative, or by presenting an entirely new setting via a spin-off. This second option is what you’ll find in Sword Art Online: Fatal Bullet – Complete Edition. Set in a kind of alternative timeline, you’re thrown into a new MMO-like world where everything gravitates around guns and bullets.

Many of the major characters from the series – Kirito included – are still present here in Fatal Bullet. However, differently to Hollow Fragment or Lost Song, you’ll create an entirely new avatar for yourself. After going through the complex and detailed character creator, you’re thrown in the world of Gun Gale Online. If you’re a fan of the main SAO series, you’ll note that the fantasy setting is ditched away in favour of a military setting. Unfortunately, this is one of the first of numerous drawbacks.

Instead of the highly stylised fantasy world found in other SAO games, for the most part, Fatal Bullet’s Gun Gale Online looks like a barren universe that is filled with machines and insectoid creatures. In consequence to this different setting, you’ll be constantly exploring factory-like environments and technological laboratories, all of which are similar to the point of blending in with themselves. Variety is not a strong asset of Fatal Bullet; even the are repeated over and over during the campaign, just with different colour patterns to differentiate them.

Being a game about guns, you’d expect Fatal Bullet’s combat to be focused on aiming and shooting – but that’s only true in parts. Firstly, you do have melee weapons at your disposal. By equipping beam swords, you can perform close-range combos, in a similar fashion to previous SAO games. However, they aren’t the best approach, due to the fact that most enemies will attack you from afar. The meat and potatoes of the combat will  take place as a third-person shooter. However, Fatal Bullet’s combat system overall is heavily hindered by its clunky controls.

Even if you try to adjust the game’s settings, in Fatal Bullet, it feels you’re fighting against the camera all the time. As a consequence, it is very hard to aim properly. The game seems to acknowledge that, as it utilises a weird aiming system that expands your gun’s hitbox to a very wide range. Even with that, though Fatal Bullet’s gunplay feels very bland, and doesn’t resemble anything you’d expect from a modern third-person shooter. With no cover system, combat doesn’t offer any depth in terms of its level of tactics.

Despite some blurry segments when playing in handheld mode, the graphics in Fatal Bullet are satisfying enough, with the game quite faithful to the original characters. On top of that, if you’re after a brainless action game to sink your time into, Fatal Bullet comes with an astonishing amount of content. Its lengthy campaign has hundreds of missions, and rewards players with progressively better loot to boot. In addition to the lengthy campaign, there’s also some multiplayer options for you to explore.

In the end, if you’re a fan of Sword Art Online (and if you’ve already played the other titles), Fatal Bullet may have something for you.

As a “Complete” Edition, Sword Art Online: Fatal Bullet offers tons of content in a single package. Yet, its bland combat and repetitive universe won’t have much appeal unless you’re a really faithful fan of the series.