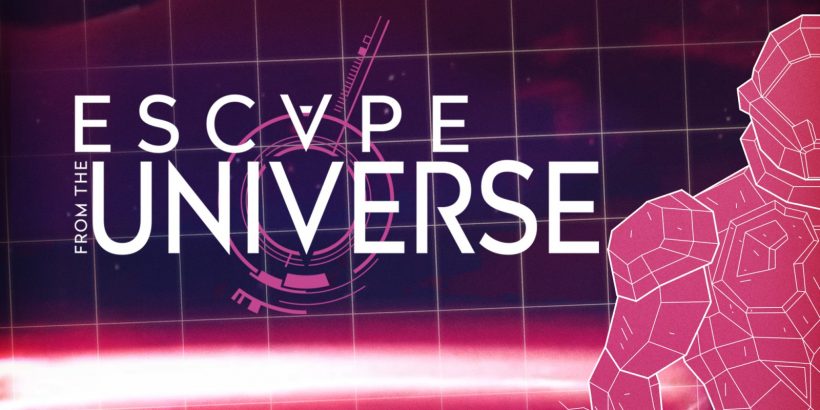 Escape from the Universe is another entry into the Switch’s burgeoning library of space shooter / bullet hell-type games.

You know the score. Working from left to right, you have to continually hit the shoot button to take down the oncoming storm of enemy ships and aliens until you’ve blasted them into smithereens. Moving to the right of the screen will increase your speed, allowing you to finish levels more quickly but obviously giving you little to no time to react to oncoming ships, with no way to foretell where ships are coming from outside of the framing of the screen.

Some levels are about making it to the end of the stage as fast as possible, while others can task you with shooting a required number of enemies. Along the way you’ll find a bunch of powerups, which can bestow a shield upon your ship, slow enemy ships down to a point where they become easy cannon fodder, or induce other perks. You earn credits for playing through levels which can be used for continues if your ship gets shot out of the sky, or to unlock new levels.

Of course, as is customary in every game like this nowadays, between levels you can spend time focusing on upgrading your ship. That’s not something we haven’t seen before, of course – but that’s a sensation which you feel throughout Escape from the Universe.

No matter what the mission, the gameplay always feels the same, and while that may be down to a limitation of the genre, things become repetitive rather fast. The environments wanton change, and very few levels stand out in the memory owing to how homogenous the whole experience is. Story elements appear as words on the screen, with no human or welcoming face to put to the words, so things do feel a bit void of personality.

It’s by no means a bad game though – it just doesn’t manage to stand out. The game handles well, and the difficulty level never feels unfair. That initial thrilling sensation of flying at speed through space is there, but it doesn’t take long until it starts to feel like you’ve seen it all. Even the side missions, which should really offer something new to the game’s core missions, all feel painfully alike. The credit system also has an unwanted feel of a pay-to-play game which wasn’t very helpful, especially with the likes of Galak-Z: Variant S in the memory. No – gaming should move away from that feeling when it comes to home consoles.

The graphics are very, very plain; basically to the point of overwhelming. Your ship, and the enemy ships, are all in pink; the background is galactic in appearance and green objects will also act as hazards for you to steer your ships around. That again plays on the samey-samey feel of the game, and there are some issues with the frame rate slowing down at points which provide little irks too.

In comparison to other examples of the genre on the Switch eShop, the price point of around £9 does feel a little steep too – you can find more colourful experiences filled with a bundle more personality elsewhere. Having that bit of personality, with so many games appearing on the Switch each week now, is what a game needs to stand out amongst a very competitive pack.

Escape from the Universe £9.00

Escape from the Universe is an alright shooter but it is unremarkable visually and in terms of gameplay, with nothing likely to make it live long in the memory.