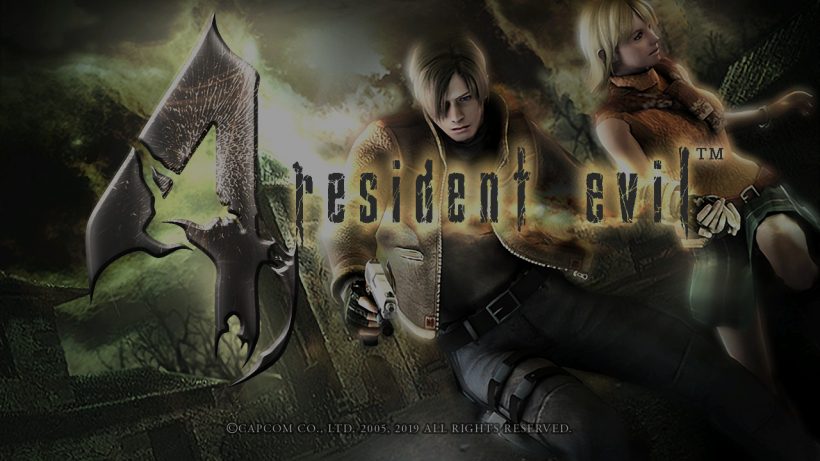 Originally made exclusively for GameCube before being ported to nigh on every platform in existence, nobody should be a stranger to Resident Evil 4. The game had a long and troubled development journey helmed by the series’ original creator Shinji Mikami, who sought to throw out the survival horror’s stagnant formula, with one early idea ended up becoming something new altogether: the stylish demon-hunting Devil May Cry.

In truth, Resident Evil 4 isn’t a survival horror at all, but the beginning of the franchise’s journey down a more action-oriented path. In this instalment, set in a remote rural part of Europe where ex-Raccoon City Police officer Leon S. Kennedy – now a federal agent – is sent to find and rescue the US President’s daughter, a perfect kind of storm ensued that introduced an entirely fresh kind of horror to the player. You’re no longer fighting zombies, but an unstoppable horde of villagers armed with machetes, torches and pitchforks; still human, yet under someone else’s control.

Some would sway or shield their faces to avoid your bullets. Kick one from the ladder you were climbing, and they would continue climbing up after you. Even after you blow the heads off of a vicious parasite, a lengthy claw would sprout in its place… Thus, this is an intense, relentless action-horror hybrid, but horror all the same, with new rules to surprise and terrify even the hardiest of players.

Of course, these rules feel pretty familiar in most single-player campaigns today, but Resident Evil 4 remains unique for its at-once counter-intuitive yet inspired system whereby your feet are planted on the ground when you fire, and you’re forced to endure reload animations while the hordes of enemies continue their advances on you. You can’t strafe or duck under cover, you just have to stand your ground, and this makes for an experience and sensation of danger that you won’t quite forget in a hurry.

It’s for those reasons that it feels perfectly fine that Resident Evil 4 is just a ‘bare bones’ port on Switch. Sure, the lack of motion controls seems like a missed opportunity when this game had it on the Wii version (though there is a difference between sensor-bar motion aiming and gyros), and when Capcom had even gone out of its way to add new motion controls for its ports of Revelations. But there’s something genuinely tense about aiming with the stick as it naturally shakes in this version. To implement Splatoon or Breath of the Wild-style gyro aiming would almost be akin to adding strafing. These are modern features we come to expect, but would ultimately diminish the original experience; old-school fans can even opt to play the game using a GameCube controller with the original configurations, if desired.

Such complaints become immaterial once you’re in the thick of the action. Single-player campaigns may have looked prettier in the past 14 years, with far more technically accomplished games having more sophisticated storylines and acting – but when it comes to the moment-to-moment action, unique set pieces and just sheer variety, nothing ever really comes close to matching Resident Evil 4.

Its textures may be getting on, and admittedly look worse in ‘HD’, but my goodness, what variety there is. It’s not just that the game’s lengthy campaign never drags – rather, it is absolutely generous with what it offers. Your fight in a decaying village can suddenly take you to a castle with hedged mazes, or even a minecart section for crying out loud!

Enemy types also vary from villagers to cultists to soldiers, and that’s not including surprise monsters that make a big entrance and are just as quickly discarded (who can forget ‘Oven Man’?). Compare it to modern blockbusters that are content with introducing you to its few enemy types and mechanics in the first hour before stretching them ad nauseum, and Resident Evil 4 feels fresh. Even its QTEs are actually decent…!

Partly how the game gets away with all this is really because it is unabashedly a video game’s video game. Resident Evil as a franchise has never had much of a reputation for its acting, but here it totally revels in its bonkers B-movie absurdity and one-liners. It’s not something the series has been able to capture again, nor have other games that ground themselves in cinematic realism, which is why Resident Evil 4 remains a one-of-a-kind.

If you’ve played Resident Evil 4 on other platforms over the years, then nothing’s changed here, except compared to the terribly stripped down mobile port, this really is the definitive version you can play on the go. No doubt some will scoff at Capcom for selling it for far more than a fair price, but then this is a masterpiece, not just the best Resident Evil game, but still one of the best games of all time, period. So, what’re ya buyin’?

It may offer nothing new from past ports, but even in its creaky age, Resident Evil 4 remains a stone-cold classic. From its terrifyingly opening to the final getaway, it’s a hell of a ride that most AAA single-player campaigns only wish they could be.