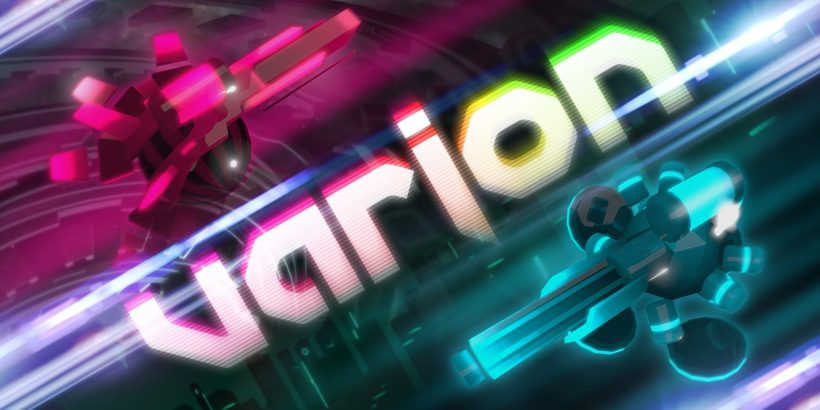 If it wasn’t already clear from the abundance of Nintendo ads portraying random strangers gathering around a coffee table in Starbucks to play games together, the Nintendo Switch is a fantastic advocate for all things multiplayer. Vying for the local multiplayer crown in 2019 is Varion, a 3D arcade-action, top-down brawler from developer Rundisc.

Futuristic in style but not so much in substance, Varion sees the player battle it out against their foes on procedurally-generated maps across a variety of game modes. In each match, four neon-coloured robots fight to determine who reigns supreme, each equipped with three bullets and a 360-degree rotating turret. Though there are a variety of traps, power-ups and environmental hazards to consider, perhaps the most significant feature of Varion‘s combat is what sets it apart from other games on the market: bullets must ricochet from a wall before hitting an opponent in order for their impact to register as a kill.

Intuitive and engaging, the ricochet mechanic is certainly a unique selling point, and is extensively explored in the lengthy but pacy tutorial. The player is introduced to the many ways in which games can play out, and the key elements of combat are explored in-depth, such as strategy and positioning. This, when coupled with Varion‘s three substantial game modes, suggests that it has all of the makings of an excellent couch multiplayer game.

The three modes – Battle, Challenge and Tournament – offer just the right amount of variety. Battle Mode offers fully-customisable face-offs against friends or AI opponents, Challenge Mode involves defeating hordes of bots (including smaller bots) of increasing difficulty, and Tournament Mode is the standard affair of points-based success over a series of game types. With a number of different vehicles to choose from, too, each with their own individual stats with regard to movement, reloading, and projectile speed, there are certainly a lot of customisable features bundled into this small game package to make the experience unique for each player.

Sadly, for all that Varion offers, its gameplay is somewhat of a mixed bag. Many of its mechanics feel at odds with each other; for instance, while strategy is required to successfully aim your ricocheting bullets, the ‘reload only whilst moving’ element hinders your ability to slow down and make the perfect shot. Consequently, it becomes much more a question of luck than skill, and this inevitably has an adverse impact on the healthy competition between friends that the title so heavily advocates for.

The age-old debate as to whether procedurally-generated maps are beneficial and appropriate rears its head here, too. The opportunity for players to dedicate time to learning various static maps, as to plan their assault tactically, is completely missed here. This would have counterbalanced the lack of genuine strategy available elsewhere, and perhaps meant for a fairer competitive experience.

Overall, there is a lot to like about Varion. Its simple (yet effective) graphic design, together with its various game modes, customisation options and ingenuity, creates a gameplay experience and atmosphere that by all rights should feel right at home on the Switch.

However, it is disappointing that this experience is not becoming of a couch multiplayer title that will stand the test of time. It is great for a short while, but a lack of focus on skill means it can become one that grates on you – especially with friends.

Varion had the potential to outgun the competition, and, with a shift in tact to remove the overriding element of luck that permeates through the gameplay, its true potential could have been realised. Sadly, it underwhelms, even despite its extensive gameplay offerings.