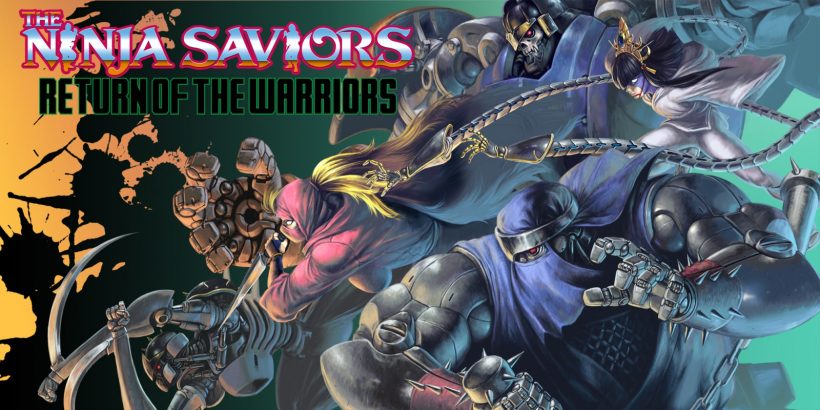 When talking about indie games, we often refer to them as ‘lost titles’ from classic consoles. Shovel Knight, for instance, seems like an unknown NES title. The Messenger, on the other hand, has a kind of Mega Drive feel. In the case of The Ninja Saviors: Return of the Warriors, it’s a bit tough. It isn’t only a game that could have been a SNES title, but in fact a kind of remake of the classic SNES beat ‘em up The Ninja Warriors.

Calling The Ninja Saviors a beat ‘em up automatically makes us think of side-scrolling levels, semi-isometric perspective, and scenes full of multi-coloured enemies. While The Ninja Saviors does have some of these elements, it differentiates from other classic (and modern) beat ‘em up games due to one detail: the game’s levels don’t have any kind of depth or lanes. Instead, you walk from left to right almost if it’s a side-scrolling platform game.

At first thought, you may think that The Ninja Saviors is a simpler, and consequently, less interesting beat ’em up. However, the game does acknowledge this possible limitation and works around it. Even if you don’t need to be aware of enemies coming from different depths onscreen, combat has its own subtleness, because certain enemies will demand you to time carefully your actions – be it attack, defence, movement, or special manoeuvres.

You start the game with three different characters, with two more to be unlocked after beating the campaign on each difficulty. At first glance, they may seem like the light, medium and heavy counterparts of the same coin. However, each one of them has their own unique move set, with very specific aspects that you need to be aware of. One of the characters, for instance, can’t jump.

This adds a very welcoming replayability aspect that compensates for one of the biggest drawbacks of the game: Its length. With only eight levels, the experience comes to an end before delivering everything you’d expect from a title like this. Each full successful run shouldn’t take much more than one hour, and the game even encourages speed runs, with its additional time attack options. If you’re a fan of the genre, though, you may be acquainted with the thrills of getting a new high score, or trying it again for a masterful run. If so, you may find different ways to enjoy the same storyline.

Adding to the replayability, one of the best ways to enjoy The Ninja Saviors is with its co-op mode. Evoking the good times of couch co-op (or two-player arcade cabinets, if you prefer), you can play with a friend locally. In this mode, each player can choose a different character, which opens up really interesting gameplay options. By mixing the unique aspects of these characters, you can find new tactics to exploit enemies’ weaknesses. This is ultimately the best way to play The Ninja Saviors.

When you consider every aspect of The Ninja Saviors: Return of the Warriors, you see it is a refined experience, and what you would expect from a good SNES beat ‘em up. You can see that from its very visuals, as the gorgeous  16-bit pixel art from the original was improved in all regards. However, unlike other modern titles of the genre, The Ninja Saviors doesn’t get away from the campaign structure of its inspirator, being as brief as an arcade title.

The Ninja Saviors: Return of the Warriors £16.99

By changing some core aspects of the beat ‘em up genre, The Ninja Saviors: Return of the Warriors offers a SNES-like experience that is still enjoyable and unique today – even if it’s a brief one.