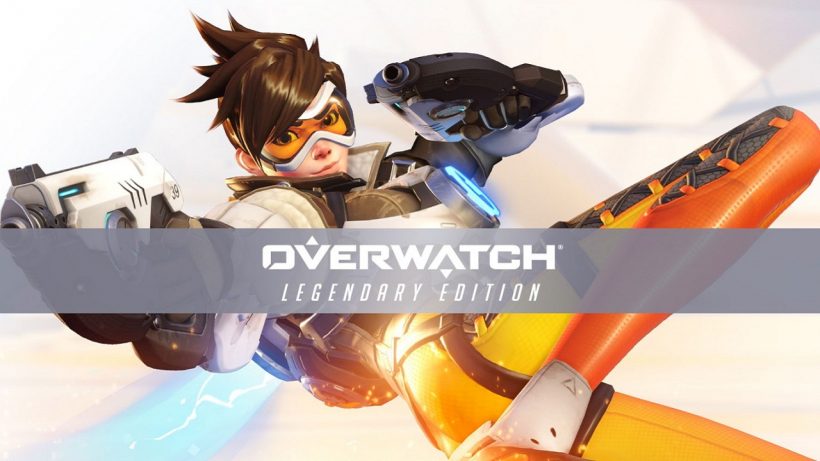 First released in May 2016, Blizzard Entertainment’s first-person team shooter Overwatch quickly became an international sensation. Having launched with 21 heroes and 12 maps, following free content updates from the developers, the game now boasts an impressive 31 heroes and 17 core maps across its various modes – as well as seven additional maps exclusive to its Arcade, where the playable modes regularly change.

Sporting the full base game, fifteen hero skins, a three-month membership to Nintendo Switch Online and even a free golden loot box (containing a guaranteed legendary item) if purchased before December 31st 2019, the Legendary Edition on Nintendo Switch certainly packs a punch.  With even more heroes and maps set to be introduced in future updates, there really is no better time to join the fight for the future – though whether this port is the version you’ll want to jump into is questionable.

For those unfamiliar with Overwatch, the game boasts a staggering amount of backstory and lore. The opening cinematic sees former Overwatch member Winston imploring you to help him restore peace and order to the world following the aftermath of the devastating Omnic Crisis, while heroes’ interactions with each other, the maps you explore, and the various events and missions that are playable at different times of the year provide additional insight. The animated shorts, comics, character profiles and other additional content regularly released also allow players to learn about the past work of Overwatch and its covert operations division Blackwatch, their struggles against the evil organisation Talon, and the individual lives of the playable heroes.

Within Overwatch‘s core Quick Play and Competitive modes, there are four core objectives: assault, control, escort, and hybrid assault / escort. Assault involves capturing two defended points, control pits the teams against each other to capture two objectives across several rounds, escort requires the attacking team to guide the payload to its destination, and hybrid maps demand capturing a point, before escorting a payload. All of these modes demand clear communication (PSA: native voice chat is available!), great teamwork and tactical pushes from players, so use your abilities – espescially your Ultimate Abilities – wisely.

Categorised into three roles – Tank, Damage, and Support – each of the playable Overwatch heroes sports their own unique weapons, abilities and playstyles. For the traditional FPS fan, Soldier 76 may be your ideal choice, while for the dedicated MOBA player, a Tank such as Reinhardt or healer such as Mercy may suit your needs. Flexing and playing different heroes can often determine the outcome of a match, and especially in this version of the game – where certain heroes are much harder and arguably more uncomfortable to control due to the Switch’s performance limits and button layout – you’ll want to experiment and find the heroes that best suit you.

Limited to 30FPS, and with significantly downgraded graphics in order to maintain its performance, Overwatch on the Switch really is a different experience to its PC and home console counterparts. Though it faithfully embodies the aspects of the game that existing fans know and love, and having this experience on a handheld platform is an incredible feat, it is still an undeniably inferior version of the game in terms of its technical competence. Nevertheless, fans both new and old will enjoy the experience offered, as the gameplay is just as fun and engaging as it is on other platforms.

As on other platforms, you’re free to rebind the controls for any hero from the options menu, as well as customising what information is displayed on screen, or which gameplay options (e.g. skirmishing while queuing) are in use. These options make Overwatch a thoroughly accessible game for players of all ages, and serve to somewhat negate the cramp induced by playing handheld.

After several hours with the game, and even after using the gyroscopic controls introduced exclusively in the Switch version and feeling the vibrating power of HD rumble, I can safely say that playing docked is still the way to go. If you have a pro controller, use it, and your hands will thank me later. You’ll need to feel your hands to be able to continue opening the loot boxes you earn (or purchase, if desired), and explore the wealth of character customisation options – skins, voice lines, emotes and victory poses included.

While this isn’t the definitive version of the game by any means, it brings Blizzard’s team shooter to a portable platform, and to a whole new cohort of players. Though plagued by performance limitations, somewhat uncomfortable handheld controls and underwhelming graphics, the port is a satisfying enough mirror of the Overwatch we know and love – though being able to capture your POTGs (“Play of the Game”) should have been a must-have feature.

If you’re a die-hard fan, or simply wanting to play for the first time, Overwatch is easy to recommend. Regardless of its prior release on other platforms, it is never too late to join in the fun.

Overwatch makes a great addition to the Nintendo Switch library, but its weak performance and FPS issues do dampen the experience. While certainly not the prettiest or most technically competent version of the game, diving in for a few games alone or with friends has never been easier.