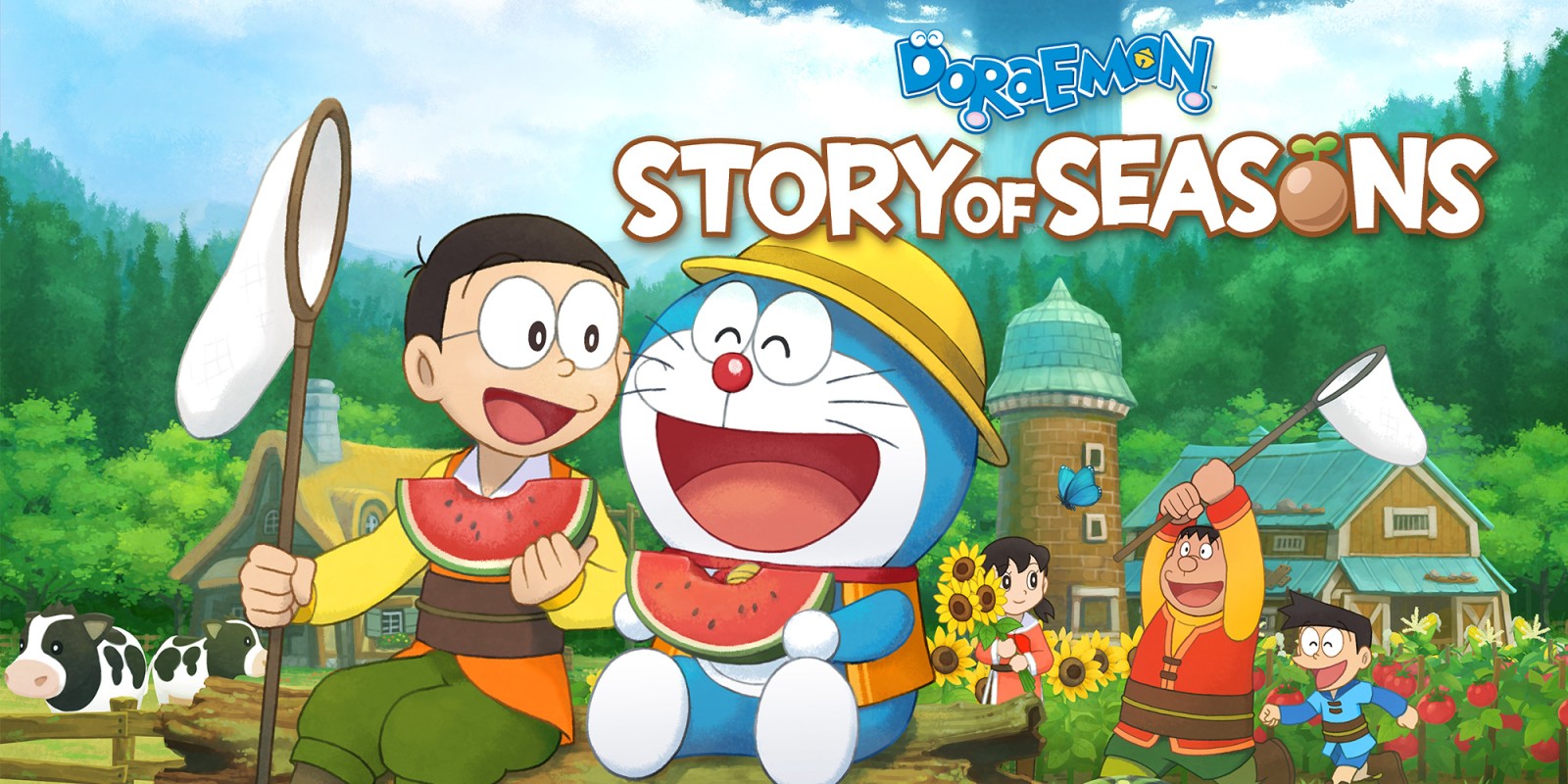 The characters, voices, art style, and cut-scenes make you feel like you’re inside a Doraemon cartoon; participating in one of the gang’s wild adventures, while the gameplay will most certainly make you nostalgic with its many familiar tried and true beacons of the Bokujou Monogatari franchise.

You start by going through a series of cut-scenes, which might seem a bit long-winded for those unfamiliar with Doraemon, but almost all of them can be skipped by pressing + and A. After you start playing, cutscenes are still plenty, but happen more naturally, and are triggered by your progress. Story of Seasons really brought the story part home, clearly taking a great deal of care to craft a perfect immersive tale to complement your playing experience.

You’ll start with all of your basic tools as well as some seeds to plant. There’s, of course, the big question for longtime fans, “can you break big rocks and trees?” The answer is yes, as you can immediately destroy large rocks and trees without levelling your tools. Which brings us to the fact that you can upgrade your tools; as usual, you’ll have to head to the mine to gather ore. When upgrading, the ore or tools in question do not need to be in your pack; as long as you pay, the Smith and Carpenter can pull from your storage.

Friendship meters are back as well and you can easily raise someone’s hearts simply by talking to them every day, though giving gifts will also improve their meter. Improving friendships and walking around will trigger events, with some unlocking more of Doraemon’s lost items. Doraemon fans should recognize many of these items (though I won’t spoil them), providing a very nice treat for those who love the franchise.

Using military time is a bit of an adjustment; however, it’s fairly easy to pick up and doesn’t harm gameplay. Visibility and targeting can be a real nuisance at times though. There is no transparent effect when you walk behind things; making it difficult to see sometimes when gathering items or working (particularly around trees). Interacting with things is also unpleasant as you’re constantly having to approach at the right angle or it won’t highlight the target. This is especially bothersome when trying to chop tree stumps or water crops.

A very welcome couple of features are the ability to nap when and (mostly) where you want (so long as it’s not after midnight or in front of buildings/in the mine), and the option to save anywhere! There is also an autosave file to accompany your 3 save slots. This makes it incredibly easy to enjoy the game at your own leisure or on the go.

Many new and old festivals are brought to the table, along with the town’s usual occupations to patronise. These things along with animals to raise, a large farm, and personal quest to complete promise to keep you entertained for quite a while. Doraemon: Story of Seasons is an incredible and well-rounded experience with very few minor flaws and a cornucopia of things to love. This is one of the best modern farming sim/story-based games out there right now.

Doraemon: Story of Seasons really pulls you into its story and makes you invested in what happens to its characters. Its perfect pacing and easy to understand play make it all the easier to lose yourself in.