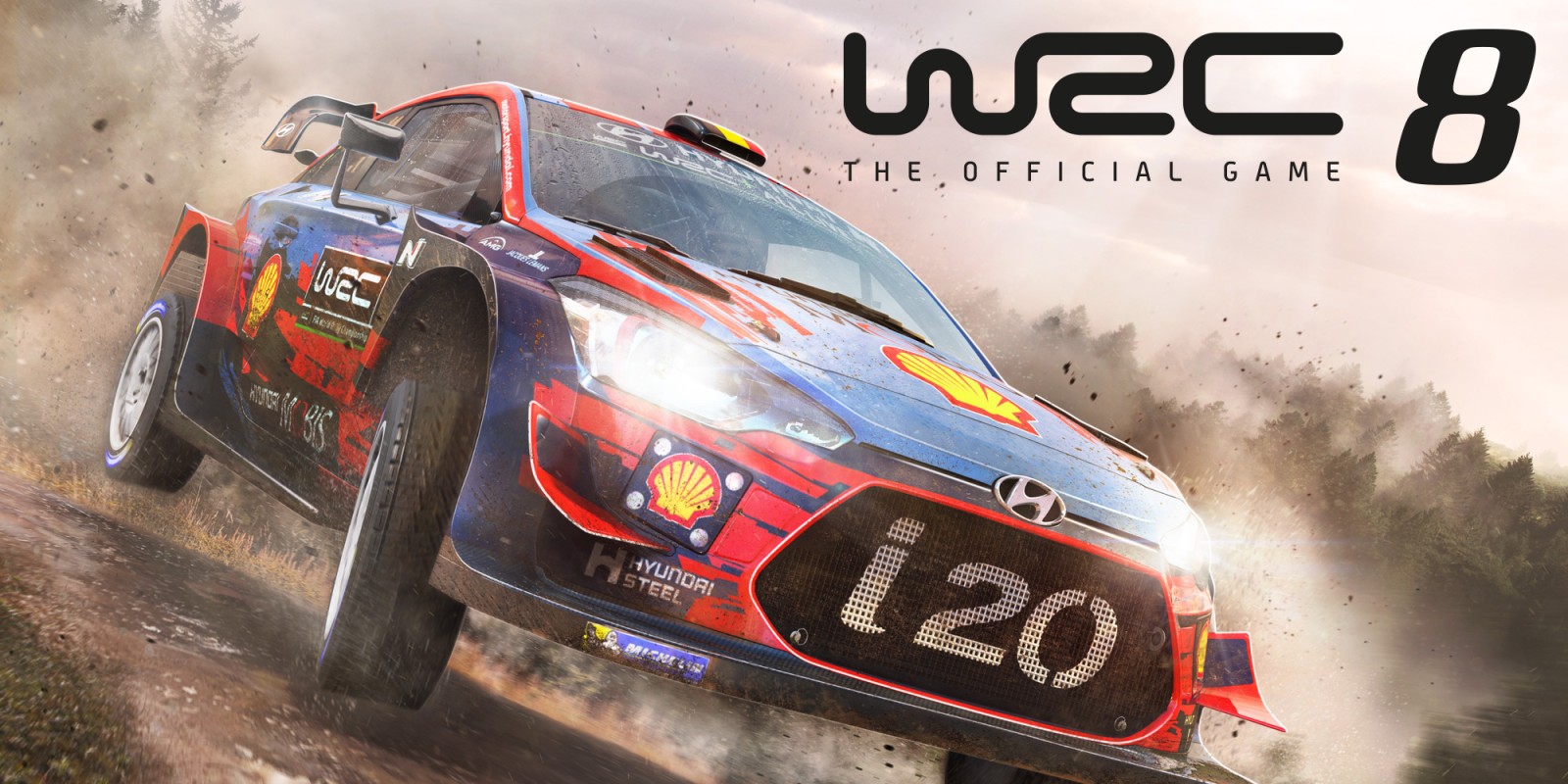 Ever since its inception some 20 years ago, the WRC (World Rally Championship) series has been languishing behind the competition: namely Colin McRae Rally. It has always felt second in class, never quite reaching its potential and rarely offering up something that hasn’t been seen before.

Identifying that a rather lacklustre array of racing games are currently present on the Nintendo Switch has meant competition is limited. Therefore, BigBen Interactive have sought to bring the 8th iteration of their multi-platform racing game to the hybrid console to take advantage of the current state of affairs.

WRC 8 begins by testing your metal in a one-off race, pitting you against the clock. The results of this race dictate the difficulty settings, as well as driving aids. What’s apparent from this early race is that this game is definitely not a looker. It so often teases what could have been, especially when sunlight shines through the trees and accentuates the beautiful surroundings. Unfortunately, these instances are few and far between, with texture pop-in and static assets failing to make full use of the Switch’s hardware

What it lacks in style though, it more than makes up for in substance. In short, WRC 8 has a lot to offer. The Career Mode is the unique selling point, including 50 teams, 14 official rallies and over 100 special stages. Alongside it, there is a points progression service for Research and Development, an in-depth crew management system, and all the usual bells and whistles associated with running a rally team. Outside of your budding rally career, there is also the chance to compete against others in the weekly challenges online, hone your skills in the Test and Training areas, and complete a season without the trials and tribulations of managing a crew.

To its credit, WRC 8 is an absolute joy to play. The handling is by far its greatest asset and makes racing across the many landscapes both engaging and exciting. There is a real sense of speed and acceleration which wonderfully recreates the feel of being behind the wheel of a rally car. True to form, the stages have been carefully crafted around the officially licensed tracks, and the different terrains ensure that each rally provides its own unique challenges to overcome. Feathering your Volkswagen Polo through the intricate streets of Italy is as exhilarating as racing your Skoda Fabia through the forests in Finland.

Aside from the aforementioned visual performance issues – particularly when playing in handheld, the developers have made a rod for their own back by making WRC 8 quite a challenging prospect. Racing against the clock can be rather difficult, and one wrong turn will leave you reaching for the restart button. Unfortunately, there is no ability to rewind time and restarting a race is limited to a pre-determined number of retries. As to be expected with long race durations and harsh terrains, WRC 8 is unforgiving. The decision not to include these features will either be met with applause from racing simulation aficionados or will put off would-be racers entirely. For this writer, it was a welcomed and enjoyable challenge.

With the recent release of GRID: Autosport and now WRC 8, it feels as if the racing genre is really starting to gain some traction on the Nintendo Switch. Whilst WRC 8 doesn’t do it as well as Codemasters latest outing, it has a number of redeeming features that make it worth a purchase.

If WRC 8 had been better optimised for the Nintendo Switch, the game would have received a higher score. That being said, it is a thoroughly enjoyable rally experience that any racing fan should purchase.