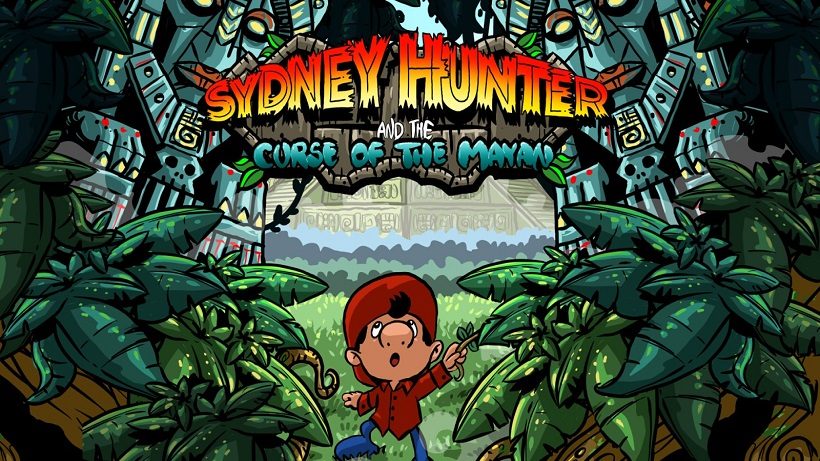 Sydney Hunter and the Curse of the Mayan is the fourth and most recent addition to the Sydney Hunter series by CollectorVision Games, with previous games known to grace retro consoles but now taking a leap onto the Nintendo Switch. One of the first things that draw you in is the absolutely gorgeous 8-bit art. Bright colours and simple designs with no unnecessary clutter: it really lets its character shine through. Important items, enemies, and breakable walls stand out easily from the stages. During conversations, the character that’s speaking is represented by a coloured portrait, switching to a greyscale portrait when they’re not; the animations are all very smooth as well.

The game will give you a quick clip show of the controls and story once you have named a file and then selected it. However, this goes by a bit too quickly, making it a little unpleasant to read. Although this is accompanied by an excellent soundtrack with all of the game’s tracks being fun and pleasant to listen to. There’s a different track for the title screen and the save slot screen; then one for each stage and the final two bosses! It’s also worth noting that as of the recent update, the control layout info is now correct; the Y button is fixed so it does attack, and hold-up and attack for an item is disabled by default but can be enabled from the – menu under “control setup”.

The story is about the explorer Sydney Hunter who has found himself trapped in an ancient pyramid. He has to help the natives piece back together their sacred calendar before it’s too late and time stops. So he sets out on a journey to defeat several gods to restore the calendar and lift the 5-day curse that has plagued the Natives at the end of every year. There is also a healthy helping of humour thrown into your interactions with them along your journey.

Throughout your adventure, you will see multiple names and references to Maya gods and culture. These are of course exaggerated to an extent for entertainment purposes, but otherwise fairly true to the source. Some of it is also borrowed from other cultures and mixed in to complement the story. This makes it a bit of a pleasant learning experience; which may just spark a new interest in its players.

There is a jump in difficulty between the first boss and the second; some bosses can also be a bit spammy and unbalanced. It doesn’t help that your item slot doesn’t immediately register the next useable item; you have to manually switch to the next every time. There is, however, always a save point before every boss and saving completely restores your health. As of update Ver. 1. 1.05 the d-pad still stops working occasionally but can be fixed by moving the analogue stick. The + menu also freezes sometimes and you must restart the game. The hitboxes have been improved, as has the glitch that registered you as underwater when only standing near it in areas, and some inaccurate text has been removed. The last arcade level is still a pain though.

Sydney Hunter is a fun game with bosses and levels that evoke SNES era difficulty, but it lets you catch a break with plenty of items and eventually a helper. Its gorgeous art and entertaining gameplay are sure to please retro fans. It’s a challenging and fun experience that should be strongly considered for any fans of the genre or style.

Sydney Hunter and the Curse of the Mayan £16.09

Sydney Hunter and the Curse of the Mayan has great playability, keeping things challenging and allowing you to re-challenge main bosses. It’s just a few glitches that hinder the gameplay and subtract from the experience, yet it still remains extraordinarily fun.