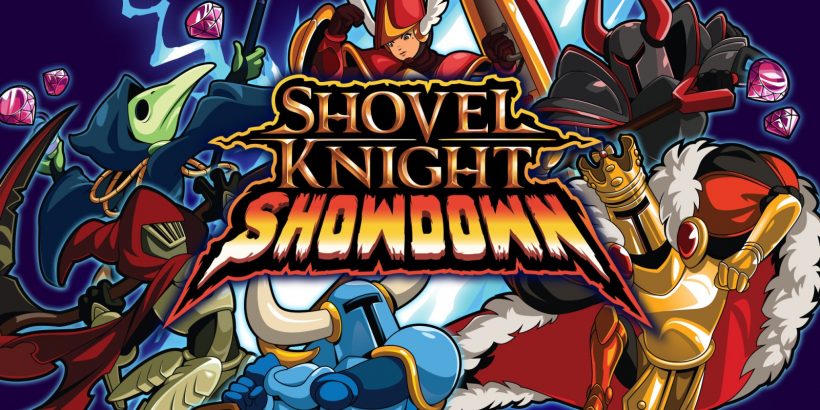 Shovel Knight Showdown is the final piece of the Treasure Trove puzzle, as Yacht Club Games finally fulfills all of their commitments from their 2013 Kickstarter. Taking a step away from the classic, 8-bit-style platformers that the rest of the titles took on, Showdown is a fighting game in the vein of TowerFall Ascension or Duck Game.

With vertical levels and multiplayer party action, this is one that fans of the series as a whole will find to be a fitting ribbon on top of this package. However, those who aren’t fond of the old-school vibe or play style will perhaps find this to be a subpar couch co-op experience.

After meeting all of the vibrant and interesting characters from the previous releases, we now get to throw them all in a basket and pick out the winner as each fight for dominance after a magical catastrophe creates a world of never-ending battle. Heroes and villains alike will work together, while bashing each other’s brains in, in order to find the source of this chaos and right the ship.

Featuring a single player mode that has you going from fight to fight through different challenges, a la Super Smash Bros. Classic Mode, with the final battle being against a big, bad boss as well as the multiplayer mode for up to four competitors, there is a lack of depth for those that aren’t looking to lambaste their friends over and over again.

Offering a few modes in multiplayer, there are some options to keep you busy for a while, but all in all this package feels like a one-trick-pony. Showdown is your classic brawl mode, where you fight to the death, Gem Clash has you making the fight a secondary option as you jockey for gems that spawn onto the field, and the only other mode is one that turns you into a fairy and has you dashing into each other. With a lacklustre single player offering and such slim pickings for multiplayer modes, this isn’t something I can see becoming your regular party game, unless you just really love Shovel Knight.

The biggest issue with this title is the fact that each character isn’t really built to be evenly matched. Specter Knight and Propeller Knight have a crazy amount of movement skills, while Shield Knight and King Knight have more interesting attack abilities. If you choose to play as Shovel Knight himself, man does it feel like you are outmatched, as he is the Mario of this unique bunch and thus doesn’t do anything outside of his plain-Jane mechanics. I understand why they would stick to each character’s original move set for the sake of congruence, but souping up some of the more basic characters would feel fairer.

Platforming-wise, the game feels as heavy and old-school as ever, as all of the mechanics from the original releases have just been planted over to Showdown. If you enjoy that play style, then this won’t be an issue, but most couch party games allow for really smooth movement so you can more easily focus on placing proper blows onto your opponents. This title does not do that, unfortunately.

Shovel Knight Showdown is a decent multiplayer fighting game, that will really only be something fans of the other releases will take to. Old-school gamers out there will probably also enjoy this one, but there are several examples of titles doing this same thing, but better.

Shovel Knight Showdown offers a decent multiplayer fighting game experience. Fans of the series will probably fall in love with this alternative way to play with Shovel Knight, but the old-school style and heavy platforming hurt its general appeal.