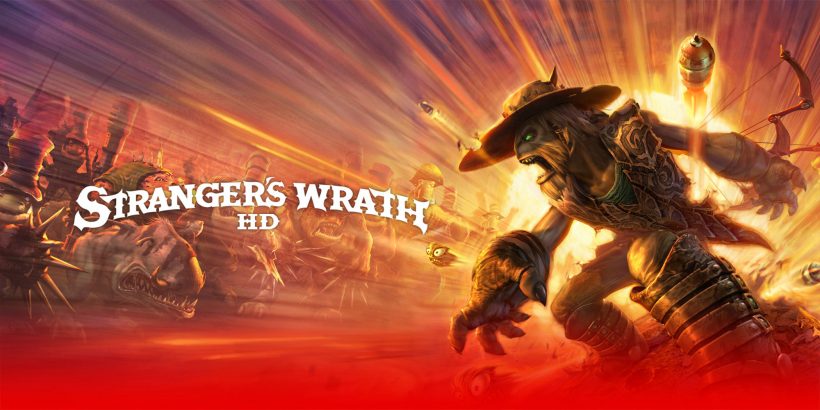 The first of three classic Oddworld titles to come to the Switch, Oddworld: Stranger’s Wrath HD has come a long way since its original Xbox exclusivity back in 2005, and it was even announced as coming to the Wii U a few years back. I think we Nintendo fans will quite happily settle for a fully-fledged Switch version, published by Microids, instead. The game has been highly praised in the past for its innovative and creative subversions of the FPS genre, but does it hold up some 15 years later?

A now 15-year-old title, Stranger’s Wrath shows its age from the get-go, with dated low-res cutscenes and some dodgy audio. Luckily, the charm of the Oddworld universe and the wild west aesthetic manages to pull it through, and once you get drawn in by the attention to detail and humour, it’s easy to overlook the rough edges. Stranger himself, your Clint Eastwood-inspired protagonist, still looks absolutely brilliant, his enigmatic backstory still intriguing, and his quips still funny. This goes along with some of the other well-designed and hilarious characters, such as the plucky chicken-like villagers you’ll encounter along the way.

A bounty hunter in urgent need of some strange treatment, Stranger will stop at nothing to bag his bad guy and get paid. The gameplay itself is an interesting hybrid, and you can switch between control schemes on the fly. The main shooting and combat are first-person, but 3D platforming segments add mobility to your character, allowing him to leap and jump around the landscapes, and there are also platforming challenges scattered in-between the gunplay segments, which are a nice change of pace. These can be done via a third-person perspective if preferred.

A different FPS, Stranger’s Wrath doesn’t just have you taking out enemies the old fashioned way. Instead, you can bag them up as bounty, either dead or alive, and cash them in to get paid. Big-name targets assigned to you in towns are who you’ll go after as your main source of income, but you can also bag some moolah on the side for henchmen. Bounties are worth more alive than dead, so you’ll have to try to approach each situation with caution, rather than just running in all crossbow blazing.

Ammunition is also out of the ordinary. Instead of just finding ammo for your crossbow in different crates or through enemies, you’ll have to hunt it, loading each creature in to help you along the way. From traps to bludgeons, these live critters have their own personalities, and can really spruce things up when used in creative ways.

Overall, Stranger’s Wrath’s HD rerelease doesn’t make the game feel completely brand new, and there are some signs of wear that can be a little jarring to begin with. Ultimately, though, the stellar storytelling, charm and gameplay shine through, and with gyroscope aiming and handheld versatility, this might be the best way to play as Oddworld‘s favourite bounty hunter. It might show its age despite being an HD remaster, but it’s still a unique and enjoyable romp in the Oddworld universe.

Switch tax is a bit of a bummer on this one, and the £26.99 price point can be difficult to swallow, particularly when the ‘Oddboxx’ package available on Steam is only £9.99 and contains the first four games. Still, if you’re a fan and want to support the developer as they work hard to complete Oddworld: Soulstorm, it’s still a solid purchase that’ll hold you over.

Stranger’s Wrath’s HD port feels a little dated despite the performance improvements, but it’s still a blast to play. The charming characters, impressive worldbuilding and unique gameplay design pull through to offer up perhaps the best version of this Oddworld entry.