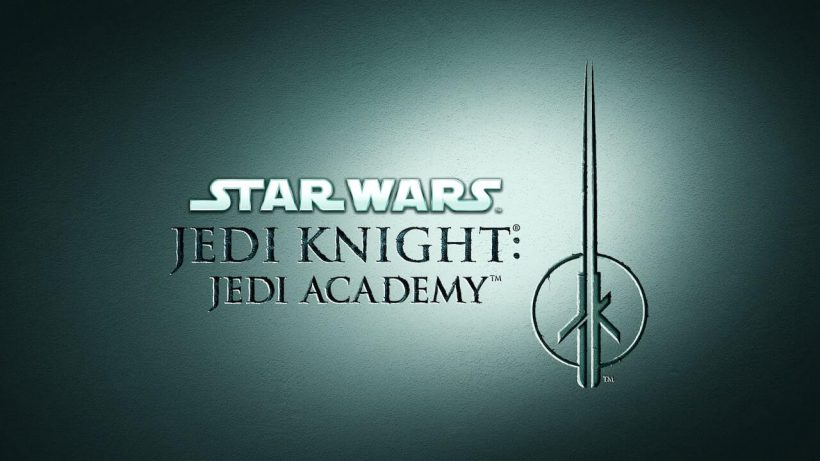 Typical. You wait so long for a decent Star Wars game to release under EA’s watch, and you get a whole bunch suddenly dropping at once. But while the glitzy spectacle of Star Wars Jedi: Fallen Order is reserved for PS4, Xbox One, and PC, those wanting to enjoy Jedi antics on Switch must make do with ports of pre-existing titles. It’s a good thing, then, that Star Wars games from the early ’00s aren’t just good, but genuinely some of the best Expanded Universe (EU) content ever released. Star Wars Jedi Knight: Jedi Academy is a prime example, delivering fun lightsaber combat, a deep story and now some nice, tidied up visuals.

Whereas previous games in the Jedi Knight series saw you play as rebel-turned-Jedi Kyle Katarn, Jedi Academy originally released in 2003 gives players a new approach. Here you create your own character, Jaden Korr, who begins his/her path to becoming a Jedi by training under Katarn’s and Luke Skywalker’s wing. It’s a cool approach as far as continuing the story beyond Return of the Jedi and the other Jedi Knight games go, one that sees you undertake several space-spanning operations in pursuit of a mysterious Sith cult, the Disciples of Ragnos.

What’s great about Jedi Academy compared to last year’s re-release of Jedi Outcast is that it leans on its strengths right away. Whereas the latter felt very dated from a design standpoint and required you to wrestle with gun aiming and tiny enemy hitboxes, Jedi Academy lets you get to grips with your lightsaber immediately. Slashing your lightsaber is a simple case of tapping the ZR button, but you’ll soon get addicted to throwing it at enemies using ZL. New lightsaber and force abilities are unlockable as the campaign progresses, but generally, despite combat sometimes being floaty, Jedi Academy excels in making you feel like a master of this weapon.

Shooting is still a necessity every now and then in Jedi Academy, mainly when you need to pick off enemies at a distance or a story instance deems it necessary. Small enemy hitboxes are still a problem, but this Nintendo Switch version’s subtle motion controls help offset the frustration somewhat. As with your lightsaber, you’ll unlock a sizeable suite of guns on your journey, but really driving progression is the inclusion of a slight morality system. It’s here where you can invest in dark or light-side force abilities between missions. The ending will change depending on what you pour points into, but take my advice and upgrade force heal ASAP – it’ll save you a lot of trouble.

Unlike Jedi Outcast, the multiplayer mode for Jedi Academy has been included this time around but it’s not without its problems. As widely reported upon, the main issue is that crossplay has been accidentally made possible with the PC version, meaning that turning the camera on Switch simply can’t compete with others’ reaction times. Still, once fixed, going at it as Jedi in groups of six should be fun, as evidenced when I tested out the modes using bots.

Jedi Academy easily earns its place as one of the best Star Wars games to come out of the LucasArts era. Not only is this Switch version the complete package, but its open approach to mission structure, crisp visuals and fun lightsaber combat makes it easy to progress from Jedi Padawan to Jedi Master even 17 years on.

Star Wars Jedi Knight: Jedi Academy might be 17 years old, but its ability to believably set you on the path of a Jedi Master is still successfully maintained. There might be some multiplayer quirks, but the primary solo experience is out and out Star Wars.