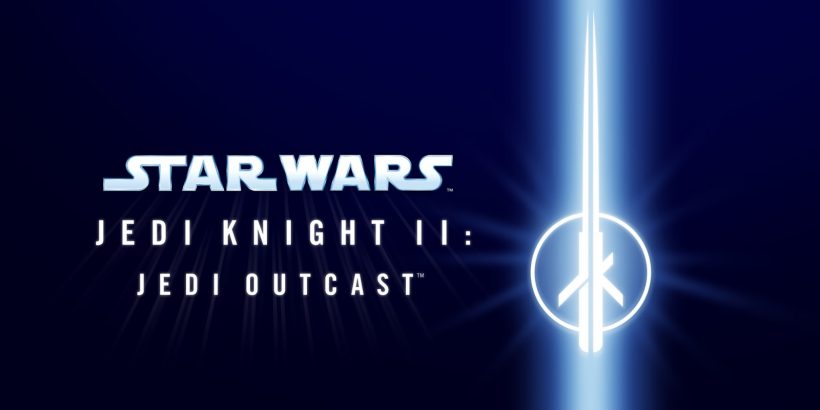 George Lucas’ galaxy far, far away has been the subject of many tie-in games throughout the decades, with a few – namely KOTOR and its sequel – being considered some of the greatest of all time. Star Wars Jedi Knight II: Jedi Outcast may have never quite reached these lofty heights, but its unique combination of first-person shooting and third-person lightsaber combat gave it a certain appeal.

Unfortunately, this sheen has dulled somewhat in this recent Nintendo Switch remaster, not least because one half of this odd mixture has aged far better than the other.

It starts out well enough. Picking up roughly 8 years after the events of Return of the Jedi, players take on the role of Kyle Katarn, a former Jedi turned mercenary now working jobs for the New Republic. I’m sure this idea was already cool at the time, but Jedi Outcast hasn’t lost any of its charm as an interesting side story. Kyle himself is well voiced, as are most of the characters you meet, and you really feel for his plight as he’s slowly pulled back into the Light vs Dark Side struggle.

Problems arise almost immediately, however, when you realise that Jedi Outcast doesn’t really work anymore as a shooter. You see, the entire first half of the game sees you tackle endless legions of stormtroopers from behind the barrel of a gun, but enemy hitboxes are so small that lining up a perfect shot becomes incredibly frustrating. You collect all manner of gun types throughout these early hours and many of them have cool alternate fires. Still, forcing your way through hallways quickly becomes a chore when you face overwhelming odds. The objectives aren’t clear either and firing from the hip just isn’t accurate.

This is a shame, considering that Star Wars Jedi Knight II: Jedi Outcast does such a good job elsewhere at convincing you that it should be considered a genuinely important piece of Star Wars media. John Williams’ score is out in full force, interior environments have that iconic retro-futuristic feel and the story is really engaging. If only your health and shields would hold up long enough for you to enjoy it more. I thought Stormtroopers were known for their poor aim?

Luckily, pushing through this abuse (which I did by dropping down the difficulty and save-scumming) holds an eventual award; the coveted lightsaber. A point in the narrative sees Kyle forced to rediscover his old force abilities, and it’s here where the game finally earns putting ‘Jedi Knight’ in its title. Swinging the lightsaber itself feels floaty at first, sure, but eventually, you fall into the rhythm of blocking blaster shots, slicing up enemies and using your suite of force powers to your benefit. You simply haven’t lived until you’ve force-pulled a blaster out of someone’s hand.

In terms of the Switch version specifically, Jedi Outcast benefits a lot from gyroscopic motion controls through those early gun-based sections and HD Rumble nicely vibrates whenever an explosion goes off. All the environments and characters, while flat, look incredibly crisp. Kyle Katarn’s story has never looked better.

Were it not for those first frustrating chapters Jedi Outcast would be a truly exceptional Star Wars game. Sadly, this isn’t the case, meaning that likely only a few will have the patience to see the melee combat magic it has up its sleeve. Because of this, the force isn’t present for the most part.

Star Wars Jedi Knight II: Jedi Outcast has the makings of a great Star Wars game inside it, but an incredibly frustrating front-end makes getting to the enjoyable meat a chore and will likely turn off most modern players.