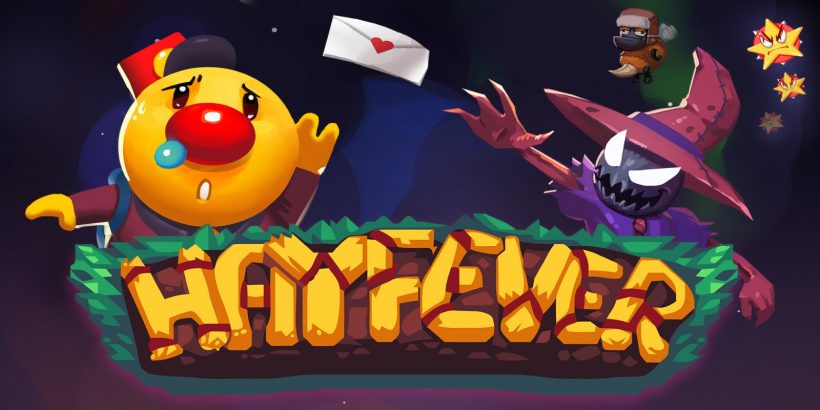 The creativity of indie game developers never ceases to amaze me. Whenever I feel that it’s all been done before, the seemingly limitless imaginations of our hard working devs demonstrate otherwise. I mean who would’ve thought Untitled Goose Game would have been a thing five years ago, but here we are…

Enter Hayfever, a precision platformer from two-man development team Pixadome about an allergy-afflicted postman named Thomas. As if itchy eyes and a runny nose weren’t bad enough, through violent sneezing, poor Thomas has accidentally blown all his post away, and suffering an employer with absolutely no chill, Thomas has to retrieve his letters to keep his job. However, unlike many precision platformers where the jump button is king, in Hayfever a sneezing mechanic is the key to the pinpoint movements associated with the genre.

Thomas – definitely one-upping Pat as the most dedicated postman to ever exist – utilises his sneezing superpowers to propel himself around the impressive 140 levels featured in the game – set across summer, fall, winter, and spring – which are all filled to the brim with unfriendly creatures and dangerous hazards. Thomas is able to pick up pollen spores which allow him to increase the strength of his sneeze. However, Thomas can only take so much, and if he over pollinates he’ll automatically propel himself violently in whichever direction he’s facing, which usually will be into harm’s way.

A lot of the game is focused around using these spores to form chain reactions to navigate dangers, but there are a lot of other spore power-up variations, too, making this a more complex affair than the genre-defining Super Meat Boy. The key to success in Hayfever is combining all these mechanics to reach the exit point, collecting as many of the out-of-reach letters as you can along the way.

There are some unwelcome frustrations – on multiple occasions I felt that I’d died without actually making contact with any deadly surface, and utilising the Switch in handheld mode, I found the directional controls far too fiddly to work with the small sprites on the screen. However, checkpoints are generous, so these issues become minimal as the focus is always on the next immediate challenge rather than having to perfect a level from start to finish.

Hayfever is certain to raise your blood pressure, but charming seasonally-inspired aesthetics do their best to keep you at ease, becoming more fantastical as you progress. The early game set in summer sees you wandering through green woods with straw topped cottages and bumble bees, but the fall season has you climbing skyscrapers across girder laden rooftops with pumpkin headed scarecrows. Winter launches you into space to explore dessert themed worlds where gravity is questionable and antagonistic snowmen take centre stage. Each world has its own delightful original soundtrack that combined with the visuals give Hayfever a quality and feel of a strong Super Nintendo title.

It demands patience, but much like the most successful precision platformers before it, it rewards dedication with an unparalleled sense of victory. There’s a huge amount of game here for the price point, and despite some minor technical issues, the continuous evolution in audiovisual design and mechanics demonstrate greatness. Its difficulty means it won’t be for everyone, but if you enjoy a challenge, this debut from what I suspect will be a very successful indie studio will be a valuable addition to your digital collection.

As punishing as it is rewarding, Hayfever demonstrates itself a formidable player in the precision platformer genre. Technical blips aside, the fluidity of play, and great audiovisual design make this an excellent debut from a new developer on the scene.