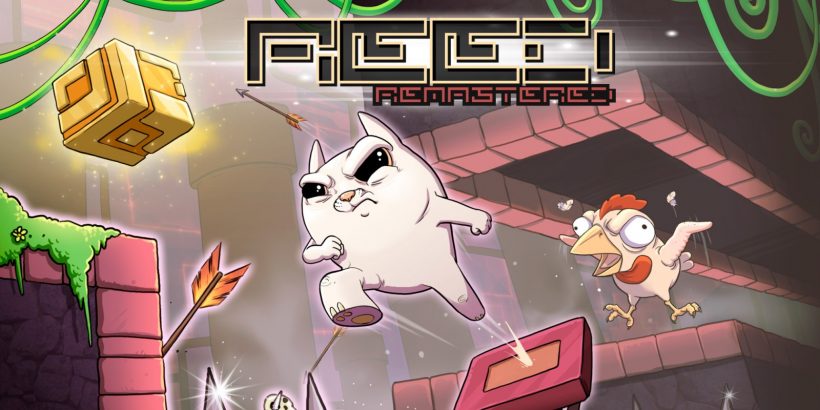 You don’t need to spend 5 minutes on the new releases page of the Switch eShop to find a new platformer game. After all, from casual to hardcore, or indies to AAA, there are all kinds of platformer titles available on our beloved hybrid console. With its pixelated art style and hardcore-ish difficulty, Reed Remastered looks a bit same-y among so many other in its genre. What it has to differentiate itself from games like Super Meat Boy and Celeste? Well, for starters, it is short.

I’m not an extremely skilled platformer player and, still, it didn’t take more than 40 minutes for me to beat every single one of the 50 levels in Reed Remastered. This is due to the very structure of the game. Similar to the likes of Super Meat Boy, Reed Remastered is composed of bite-sized levels that you can beat (or die trying) in a matter of seconds. Like other hard-as-nails platformers you can think of (Celeste and The End is Nigh are just some examples), dying many times is just a part of the experience, as you can re-start each level instantly in a hope that you can use what you learned to finally get to the end and progress.

Reed Remastered is very light in the narrative department, as it doesn’t give you many explanations for why you’re challenging yourself through these dangerous levels. Everything you know is that, at every single stage, you need to collect a weird cube. Once you get to it, a passage to the next level will open. With this structure (that repeats throughout its entire campaign), Reed Remastered manages to create interesting and unique challenges, because the cube is always positioned in a different way. Consequently, while the first levels are more linear, latter stages will ask you to go back-and-forth in order to be able to get to the cube and then the exit.

Throughout, Reed Remastered provides some nearly-perfect platforming controls. You won’t unlock upgrades or new skills, and instead, your character has access to double jumping from the very beginning. With only that, you need to time your jumps correctly to be able to pass through many hazards, including moving platforms, spikes, seesaws, shooting traps, and more. Jumping in Reed Remastered has one particularity, though. Different from games like Super Meat Boy and The End is Nigh, which features an analogic jump, where you can hold the button to jump further or just tap it to hop around, Reed‘s jump is limited to a very specific arc. Pressing the button sends you into a set altitude, which opens to strict jumps.

The precise controls of Reed Remastered are put to the test in every level, but they are accompanied by an infuriating flaw that hinders your enjoyment: at times, the game’s collision boxes can be quite problematic. It seems that you can’t stay stationary near any kind of hazard, and if you do, the game somehow identifies that you’ve touched the spike and died. This doesn’t happen too frequently, but when it does, it is frustrating.

Despite not providing much variety, Reed Remastered’s visuals are pleasing. It features a simple, but very effective pixel art style, which matches perfectly with the strict, but enjoyable controls. It is really a pity that the game ends before realizing its full potential, as when you reach the credits screen, you’ll be left wanting more.

Reed Remastered is one of the many hardcore platformers out there giving you slick controls to get through ‘hard-as-nails’ levels. Unfortunately, the game doesn’t have that many stages, and you’ll get to the end before it really sticks with you.