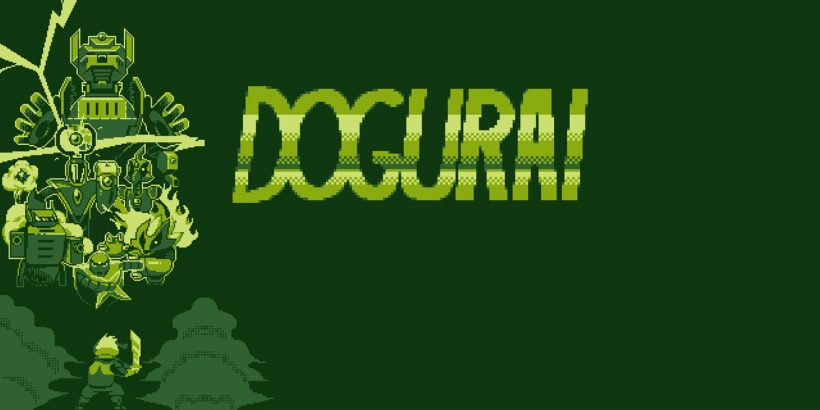 No matter how advanced modern-day games get, sometimes the most satisfying experiences come when you strip everything away and keep things old school.

That’s exactly the case in Dogurai, an adventure platformer from QUByte Interactive. There are no real bells and whistles to this one – your button inputs are limited to a jump, a swipe of the sword and a rarely-used slide, the last of which is mostly used to find hidden areas and Easter eggs, but then really comes into its own for the final boss fight. The story is easy to get on board with, placing the player in a dystopia ruled by machines, with their creator having aspirations for world domination.

Playing as Bones, a retired dog samurai, you must have your wits about you at all times in order to complete Dogurai, which clocks in somewhere around the ninety minutes to two-hour mark if you’re any good at it. There are some eight different stages, each with their own boss at the end, and each take on a slightly different mechanic, such as a laboratory full of lasers and one motorcycle sequence, so there is a good feeling of variety despite the short playtime. Bones has a visible health meter, and bosses have the same, so there was always a feel that attacks had an effect.

Dogurai comes with two difficulty settings, though neither appear to make the actual gameplay any less challenging – and that’s a good thing. This is a tough-as-nails platformer which can throw dangers at you from off-screen, striking before you even have time to react. Easy mode allows you unlimited restarts from checkpoints, while the harder mode is the big challenge, giving you just a handful of lives to take the game down. And this is a game where you’ll most certainly find yourself dying often, whether you’re being shot at, hit by flamethrowers or trying to make pinpoint jumps onto moving platforms.

This is one of several games to have hit the Switch eShop with a visual style akin to something we might have seen on the original Game Boy, with the opening level featuring a green hue, but others using different colour backdrops on the same graphical fidelity. As such, there’s very little detail in the character models, but the presentation steps up somewhat for the boss battles at the end of each level. There’s also a font used which isn’t the clearest, with ‘w’s in particular requiring re-reading at times. Fortunately, this isn’t a text-heavy game, and it tends to be only the level select menu and the occasional Easter egg character who has anything to say anyway. The accompanying retro soundtrack isn’t as annoying as many other old-school efforts have been, which is another plus.

The game is up there with the sort of brutally punishing retro-style platforming that Angry Video Game Nerd Adventures offered. Easy to pick up but hard to master, the most challenging thing you’ll be doing input-wise is deciding between regular and double jumps, as this is a game which works more on anticipating threats which are just off-screen. It is, undeniably, good, though, and while you’ll often scream ‘THAT WAS SO UNFAIR’ – and chances are that it was – half the fun comes in the dying, and the sensation of ‘they got me’ when you get caught out. It’s no world-beater, but this is a very impressive hidden gem on the Switch eShop.

Dogurai is truly a hidden gem on the Switch eShop. Challenging, engaging and memorable despite its short length, it’s a steal at its current eShop price. It may not reinvent the wheel, but it’s a great budget platformer.