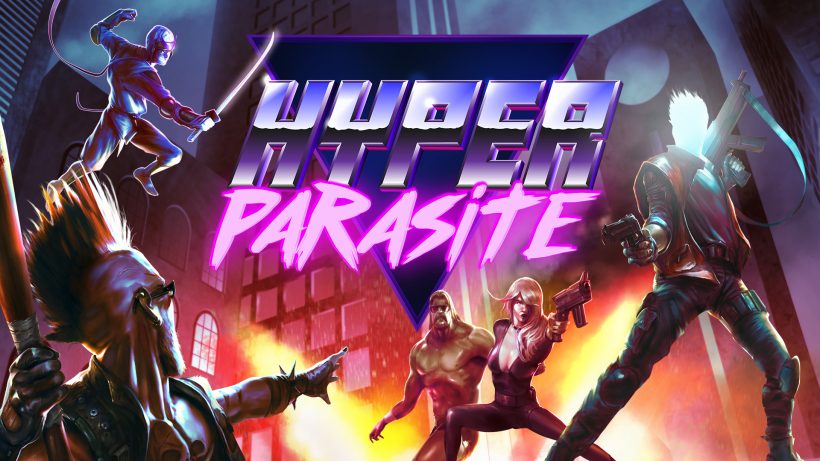 HyperParasite, the latest twin-stick roguelite to make its way to the Nintendo Switch, will put your patience, as well as your arcade skills, to the ultimate test. Here’s the thing: While HyperParasite doesn’t pull any punches, every failure never feels unjust, unwarranted, or cruel. Instead, the game challenges you to make the most of its many systems and mechanics. And in doing so, developer Troglobytes Games has created one of the best experiences the genre currently has to offer on the Switch.

HyperParasite doesn’t waste any time getting to the action. After the President of the United States (sporting an eyepatch, no less) asks every citizen to take up arms against an alien invasion, the country descends into post-apocalyptic chaos. However, instead of playing one of these heavily-armed militants, you’ll assume control of the otherworldly lifeform, a being who possesses the ability to jump from one human to another in order to stay alive. The eponymous alien’s body-hopping skills not only allow you to play and unlock an assortment of different (and silly) characters, but it also opens the door for moments of unique, sweaty-palmed strategy.

The alien in HyperParasite doesn’t possess a lot of health; in fact, one or two hits will usually send you straight to the “game over” screen. That’s where your trigger-happy adversaries come into play. With the press of a button, you can shift into a nearby foe — including basketball players and deadly hookers — and begin mowing down everything and everyone in your path to proceed to the next level. When that body has run its course, or when you encounter a different human with better weapons/skills, your alien can jump ship and completely shift gears. In a way, these enemies act as your extra lives; if your host form gets destroyed, you’ll need another one to ensure the carnage continues. This is especially helpful during the game’s brutally difficult boss battles.

Unfortunately, while you’ll become addicted to the lightning-fast gameplay, HyperParasite tends to fall apart in terms of presentation. The graphics definitely don’t impress, even when you increase the fidelity in the settings. To make matters worse, you’ll soon discover that the game copies and pastes the same handful of rooms in a random fashion, which makes things a bit samey. It’s not a problem early on, but it becomes a tad repetitive after your twentieth run through the same level.

Lastly, you’ll need to prepare for lots of 80’s references. From the stellar synth-wave soundtrack to dubious characters such as Michael Jay Wolf (yes, that’s a Teen Wolf reference), HyperParasite has absolutely no shame when it comes to wearing its many inspirations on its sleeve – for better and worse. Like the wonky graphics and cut-and-paste level design, these references don’t ruin the experience, but you should prepare yourself in advance for some deep eye rolls and heavy sighs. If nothing else, these nods help create a very specific atmosphere.

I’m not particularly good at HyperParasite, but I’m getting better. In my opinion, that’s the sign of a really good roguelite: it may repeatedly kick you in the teeth, but the fun factor keeps you coming back for more. HyperParasite offers addictive gameplay, a fair amount of humour, and plenty of unlockables to keep players entertained for dozens of hours. And while it may not have the polish of similar titles available on the Switch, that never stops this alien parasite from taking hold.

HyperParasite delivers an enjoyable, well-rounded roguelite experience on the Nintendo Switch. While it stumbles at times, the addictive gameplay, unapologetic 80’s references, and unique approach to the genre help dull the pain of its limited, sometimes-repetitive level design.