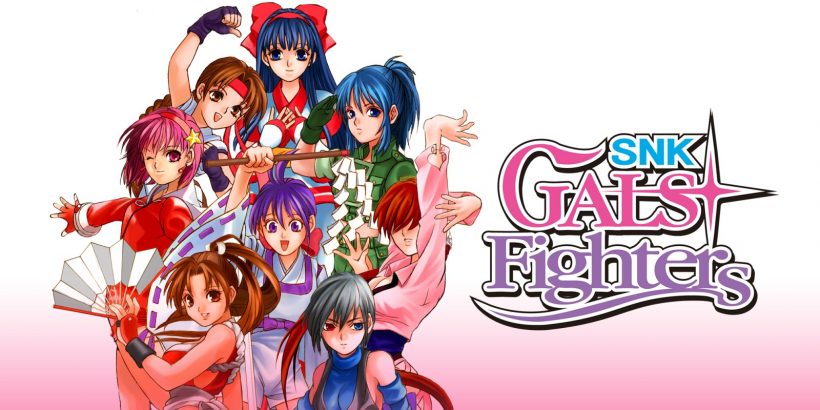 SNK plans to release a few Neo Geo Pocket ports for the Switch this summer, and they’re wisely focussing on their speciality and that of the Neo Geo line itself: fighting games.

The Neo Geo is 30 years old, SNK Gals’ Fighters itself 20 years old, hence its re-release. It looks even older, though, thanks to the Pocket’s paltry screen resolution, which provided barely any more detail than the Game Boy, launched a decade earlier. However, SNK has at least seen fit to give us a number of ways to play with the display, including a choice of ‘console surround’ graphics and a personal favourite: scanlines.

In fact, the overall package is pretty decent for a straight port (more of this in a bit), but the core one-on-one fighting action is what we’re really here for. It’s a classic setup: one-on-one combat viewed from the side, with basic punch/kick moves. These can be combined with the directional controls to perform special moves. The main story mode involves beating seven other female fighters before facing a final ‘boss’ to become ‘Queen of Fighters.’

So, the A and B buttons do most of the work here, although a remapping option allows X and Y to be used instead. The moves themselves are many and varied, such that full mastery is a very tall order. As you fight, you’ll build up the ‘gal gauge’ at the bottom of the screen, which then grants access to even more special moves. The game is definitely best played as a two-player so you can be entertained by each other’s attempts to replicate a specific move or work out how to dodge an effective attack.

The main sprites are outlined, and each has a strong primary colour so they’re clearly distinct from each other and the backgrounds. Those backgrounds represent a multitude of locations, from desert to city beach. Each character has a set of unique animations accompanying their moves, and the whole look is remarkably effective given the limited resources used.

It’s a pity the key campaign isn’t particularly hard. There are difficulty levels, but the default 3/5 is a cakewalk and there’s little incentive to learn and use much of the moveset. Those special moves are fun and very satisfying to use – as they should be – it’s just that they’re slightly too complicated to learn organically. What’s more, they don’t quite repay the effort required to consistently pull them off.

The features that accompany this port are excellent (with one notable exception). Aside from the aforementioned display settings, there’s a rewind feature, scans of the original manual, and a training mode that offers a possibility for mastering those special moves. Local multiplayer is solid and accompanied by a curious mode in which each player takes control of a Joy-con still attached to the Switch and the display mirrors the action vertically. If you can find the physical space to set it up, it’s a fun way to play, but I cannot work out why the same display style doesn’t support disconnected Joy-Cons.

Unfortunately, there is no online multiplayer. Maybe the reasoning here is that this is ‘just’ a straight port, but it doesn’t change the fact that online play would elevate the experience significantly. That said, SNK Gals’ Fighters still has a surprising amount to offer committed beat-em-up fans and works well as a quick two-player party game too.

SNK Gals’ Fighters repays whatever effort you’re willing to put in. It’s a full-featured package with lots of well-polished fighting action and surprising depth to its diminutive setting. It’s just a crying shame about the lack of online.