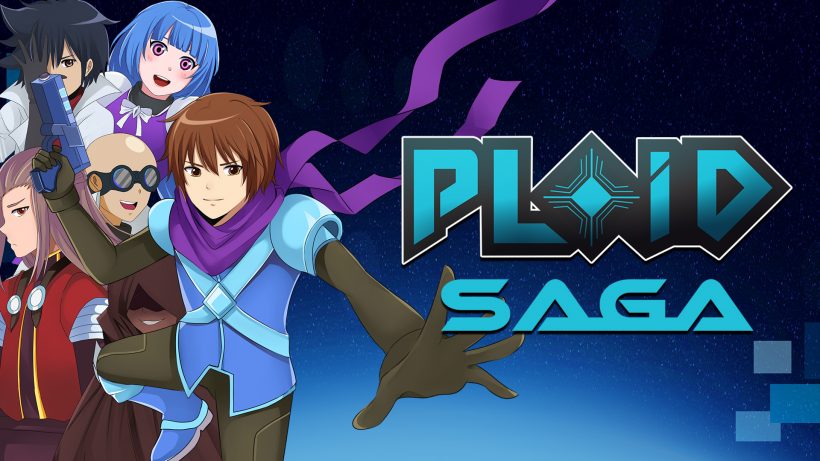 Game compilations can be a fantastic way to play a franchise’s back catalogue without breaking the bank. The Megaman X Legacy Collection, Double Dragon & Kunio-Kun: Retro Brawler Bundle, and Darius Cozmic Collection Arcade are all great Switch examples. Unfortunately, the same can’t be said for Ploid Saga, which instead of value for money offers four uniquely frustrating experiences.

V.O.I.D+ is the first of two action-platforming adventures in Ploid Saga, with you taking on the role of one of two ‘Ploids’ – Alpha or Omega, each with their own combat specialities. Ploids are a race of evolutionary humanoids, the result of the combination of human DNA with advanced technology. The human race now needs to call on their Ploid creations to travel through time to stop an alien invasion. This all sounds decent on paper, but V.O.I.D+ suffers from tick-box syndrome, doing the bare minimum required to pass as a game. Granted, it looks nice, but the levels feel like re-skinned versions of one another. There are no secrets to be found or notable collectables of any kind, aside from countless shards to be collected for extra lives, but as the game’s so easy, you’re never likely to need one. Combat is monotonous, and the infrequent boss fights are possibly the easiest I’ve ever encountered.

To make matters worse, Ploid Saga often feels completely unfinished, and the list of examples is exhaustive. The final boss fight ends with a sudden black screen and not so much as a death animation, let alone an epilogue; one of the cut-scenes hasn’t been translated; the overworld map is black – just about everything here feels rushed. To add insult to injury, the sequel in the collection – PLOID – was basically an exact replica of the first game, utilising the same assets. However, in the spirit of ending on a positive, the soundtrack to both of these titles is absolutely superb, packed with catchy 16-bit tunes – by far my favourite thing about the games.

The other half of this collection takes the form of side-scrolling and vertical SHMUPs under the guise of Uchusen & Uchusen 2, respectively. There’s no denying Uchusen is a truly bad experience. There’s one weapon power-up, and the enemies and levels look beyond basic. I’m not sure if the game has an ending, but I must have beaten the same absurdly dull boss around 10 times before I gave up. Unfortunately, with no way to quit back to the menu, I had to close the software and re-open it to play anything else.

Uchusen 2 is a different story and affords you a selection of three battleships with varying stats and abilities that handle uniquely. Also, unlike Uchusen, its sequel has multiple power-ups, varied enemies, and unique boss fights. However, with only two short levels, it’s over in a flash.

Ploid Saga is a collection of missed opportunities. There’s a solid platformer hidden away in V.O.I.D+ and PLOID, both of which look and sound great, but they desperately need more creativity in design and to have their unfinished features addressed. Uchusen 2 has the makings of a decent SHMUP, but at only two levels long, it’s over before it’s had a chance to begin. I wish the developers at Nape Games had focused on developing one of these two concepts rather than pack four lacklustre experiences together, demonstrating as ever the importance of quality over quantity.

Ploid Saga comes close but doesn’t hit the mark with its cross-genre collection of games. Some lovely visual design and a fantastic soundtrack aren’t enough to pull it back from monotonous level design and unfinished build quality.