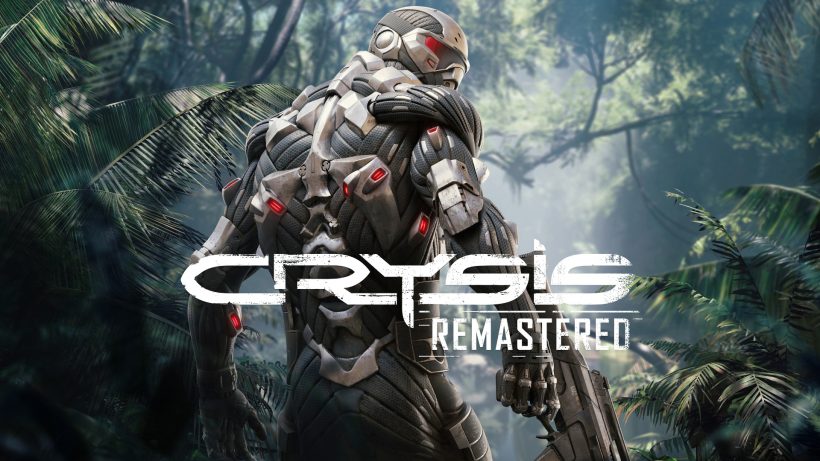 Before loading up Crysis Remastered on Switch I had heard countless stories about just how gorgeous it looked, and how apparently, only players with the best-equipped PCs could run it.

That was in 2007, and now Crytek’s beloved FPS has finally been made portable for the first time. As is typically the case, however, getting it here has meant that visual compromises have been made. Thankfully, Crysis on Switch still manages to look quite beautiful, but that can’t make up for its antiquated gameplay design in certain areas and its incredibly ill-feeling gunplay.

For those unaware, Crysis is a semi-open first-person shooter that’s unique hook is the ‘nanosuit’. This bestows the player character, Nomad, with a suite of combat abilities that separated the game from other contemporary shooters. Your primarily abilities are a shield and cloak, both of which are assigned to the Switch’s shoulder buttons for instant use but sap up precious energy if exploited too much. In theory this means giving you the choice between going loud or stealthy when taking down enemy encampments, right? Wrong.

Crysis Remastered is very much a game of two halves, the first half being standard FPS fare with you gunning down Korean extremists that have holed up on this tropical island and are now posing a threat. Doing this ends up feeling overly repetitive, though, and it isn’t helped by how your cloak immediately deteriorates whenever you pull the trigger. Not once during the campaign was I able to go unnoticed when completing any primary or secondary objectives, only ever using the cloak ability to make a quick getaway. You know, like a coward. Some supersoldier I was.

This further isn’t helped by how poor the act of actually shooting enemies feels. Crysis Remastered fully supports gyroscopic aiming on Switch, as you’d expect, yet so often did lining up shots feel imprecise no matter how much I adjusted it. There would be times where firing from the hip served me better than trying to strategically aim, even then resulting in awkward firefights with me two feet away from an enemy and constantly missing. I can’t help but feel that this has something to do with Crysis’ PC exclusive origins, where killing enemies accurately has been attuned to using a mouse.

To its credit, Crysis Remastered makes a good argument for being the most gorgeous FPS on the platform yet. Impressive light and shadow effects help add additional depth to the island setting and the interiors of later levels are visually striking. Unfortunately, this illusion is broken whenever you look at an NPC’s face or when someone you’re shooting at simply blends into the blurry background.

The second half of Crysis sees you vacate the tropical setting, forcing you into battles with mechanised alien creatures that helps shake up the pace. It’s here where the level layout becomes more linear and you’re not afforded as many scoping opportunities, sure, but at least on Switch this style of approach works better. Enemies are easier to pick out, new weapons are introduced, and the story takes a much-needed cinematic turn. It’s just a shame the first half is a slog.

Is Crysis Remastered on Switch still the technical marvel its reputation would suggest? Not quite. What’s worse, however, is how it forgoes the fundamental basics of making an FPS fun in favour of a degree of spectacle it’ll never achieve. This is far from the definitive version.

Crysis Remastered can be a good-looking FPS. It’s just a shame that the act of actually playing it can feel like a chore thanks to a repetitive first half, poorly implemented stealth and unsatisfying gunplay.