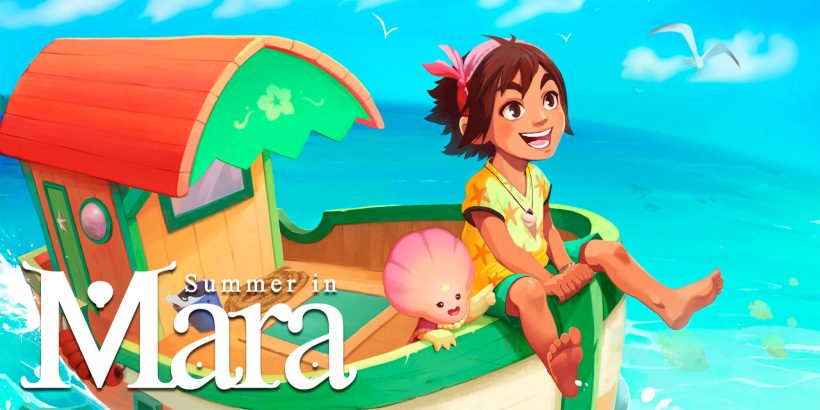 I was completely enamoured with Chibig’s farm sim/adventure Summer in Mara for the first hour.

Learning to navigate the main character’s home island felt good, and I quickly became invested in our heroine’s journey. However, after the tutorial came to a close and the game began in earnest, I discovered that Summer in Mara settles into an insufferable rut of fetch quests and backtracking, abruptly ending my fun.

I have a soft spot for farming simulators, especially those that attempt to tell a charming story alongside the daily chores. With its Studio Ghibli-esque characters and art design, I assumed Summer in Mara would lean heavily into its sense of whimsy and adventure. Sadly, the game sends you on countless fetch quests that rarely deviate from the same farming-sim formula. And for a while, it works. But once you realise this is all Summer in Mara has to offer, the boredom begins to settle in.

To be fair, fetching isn’t the only thing you’ll do during your time with Summer in Mara. You’ll also need to collect items scattered around the islands, build tools to help you manage your farm, and chat up the locals for helpful info. Of course, it all comes back around: everything you’re doing pretty much involves growing something for someone. And while that’s not necessarily a negative given the genre, it’s the game’s mechanics that hold this concept back from being anything other than a chore.

For instance, one of the inhabitants of Qälis (the game’s busiest island) would love some vegetables for his father’s shop. Because this is a farming simulator, our quest-giver only has seeds, which you gladly accept. However, instead of planting some seeds on Qälis and waiting for them to grow by doing other tasks nearby, you have to transport your seeds back to your home island, toss ‘em in some dirt, and wait (patiently) for them to grow. Watering your crops can speed things up, but you’re still at the mercy of the clock.

Again, that’s fine – this is a farming sim. I’m okay with fetch-and-grow quests, and I love a good dose of hearty exploration. But therein lies another issue: the quest system. Mission markers don’t exist here, and neither does a comprehensive map that tracks your location. Instead, you’ll need to rely on landmarks to help you remember where you need to go. While that’s not too bad if you accept one quest at a time, things become a bit complicated when you try to juggle two or three at once.

On a positive note, Summer in Mara looks great and runs well on the Switch, both in docked and handheld modes. The character designs charm and delight, and the story feels both nostalgic and magical, which ultimately makes the game loop deeply disappointing. A quick note: The game will suck the life out of your battery, so keep a charger handy if you plan to spend hours farming your island on the go.

If you don’t mind countless fetch quests, clunky UI, and a map that doesn’t want you to succeed in life, then you may find some value with Summer in Mara. The characters and setting all deserve better gameplay and mechanics, especially if the game wants you to complete the ridiculous amount of quests it provides. There’s an enjoyable adventure buried beneath these problems, but I’m not sure it’s worth the effort to unearth it.

Summer in Mara certainly looks great and tells a heartwarming story, but players will soon realize that the game consists of nothing but chores, chores, and more chores. It’s enough to make you take up gardening.