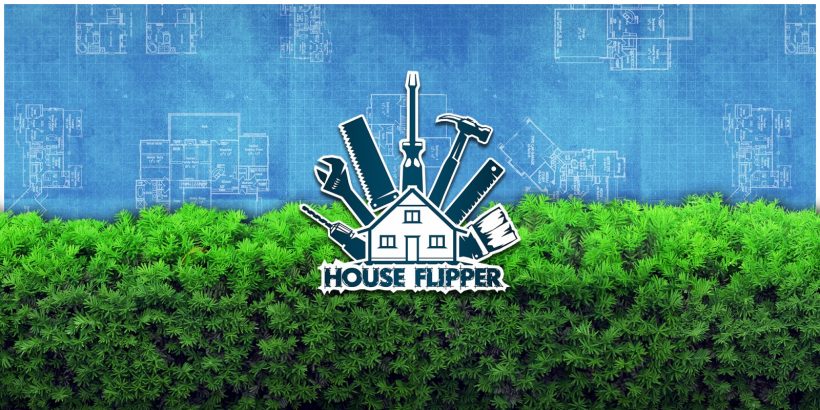 There’s so much to be said for the joy of mundanity in video games.

Simple tasks like picking up weeds, working a farm or taking care of a virtual dog are all given a sense of joy when they’re not quite as real or serious as life demands. Well, in House Flipper from prolific developer Ultimate Games, you are tasked with renovating, decorating and selling a series of houses in the hopes of making a profit. But does the game achieve the goal of making this work fun? Or does this home need some more improvement?

Upon booting the game, it’s clear House Flipper is lacking in either graphical detail or artistic design, which when I’m being asked to decorate rooms repeatedly is disappointing. It feels like the game was slapped together with the bare minimum of assets, and the dull lack of personality was consistent with every house I visited. Of course, it is up to the player to add a bit of visual flair to most of these properties, but a lick of paint can’t improve the visuals.

You’ll be cleaning most houses by picking up discarded and old items, brushing the floors and even cleaning the windows. All of these are done awkwardly and slowly, as it’s clear you had to use a mouse on PC versions, but here the cursor struggles to move properly and to find items. This somehow made picking up rubbish even more of a chore than real life, and not quite the cathartic escape I would want. Even getting into missions is pointlessly hard, as you have to enter a house and approach a laptop to do anything and the cursor is particularly difficult to contain at these points.

No matter what tool you’re using this is an exercise in wrestling your controls to align the cursor and actually accomplish anything at all. Bafflingly, there is gyro control, but it doesn’t move the cursor, instead it simply acts to press the action button, echoing what were likely the worst moments of the Wii era.

When renovating houses you will need to order items from the menu’s catalogue, then move and place them in the room. This was the nearest I came to having any fun. It was satisfying to fulfil my client’s wishes and put together a baby’s room with a new crib and some pastel paint, but again with every action the game was just frustratingly tedious or cumbersome. The menu system is slow and confusing to navigate, with tiny text that can’t be adjusted whether in docked or handheld. Often when your customer wants a certain item of furniture, instead of the game having it ready in a mission brief for you to place, you instead have to needlessly trawl through the menu system or search each item by the letter.

While some games like Goat Simulator don’t need proper graphics or physics to sell a game, sadly House Flipper doesn’t have the charm or humour to pull it off. In fact I felt like it was actively working against any fun I might have had with awful controls, tedious mission structure and hideous graphics. It’s like someone pulled all of the fun out of The Sims, and I cannot recommend anybody buy something that so actively works to not be fun. This house needs to be demolished, not flipped.

There’s truly so little fun to be found in House Flipper, where ugly graphics, awful controls and some tedious UI all combine to create something far too dull to recommend. You’re better off watching paint dry.