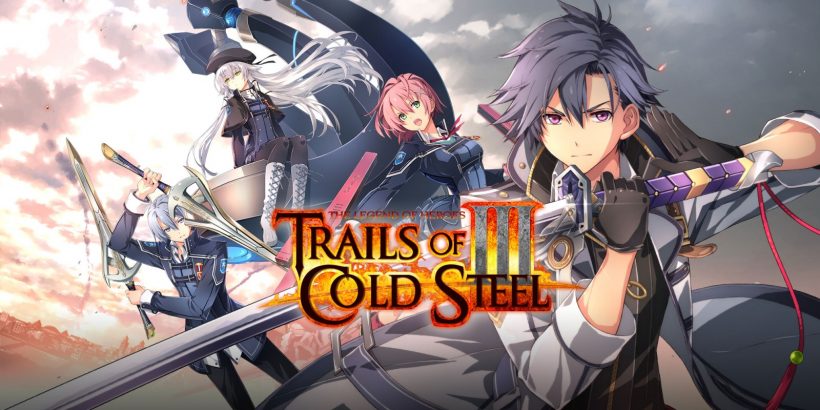 In order to be accessible to both new and old players, most long-running JRPG series presents an entirely new adventure every new entry. Most games from the Dragon Quest, Final Fantasy, Persona, and Tails of series, for instance, are like that – entirely self-contained stories that you can enjoy without knowing anything about previous titles. Nihon Falcom chooses a different approach when it comes to The Legend of Heroes series. With its extensive arcs that build upon previous entries, The Legend of Heroes: Trails of Cold Steel III comes to the Switch as a mid-chapter of a very broad and complex narrative.

This approach comes with both positive and negative aspects. If you (just like me) have never played any of the previous Trails of Cold Steel titles before, then you’ll need to have lots of patience to catch up with things, because Trails of Cold Steel III doesn’t really stop to paint the whole landscape of the intricated political struggles that took place in the Ereborian Empire. Characters that clearly had a huge impact on previous events come in and out of the narrative without further ado, which makes it a bit hard for a newcomer to keep up with.

On the other hand, though, after you finally start getting used to Trails of Cold Steel III’s world and characters, you’ll be able to enjoy a very intricate and interesting narrative. Just like in previous games, you control Rean Schwarzer, a graduated military student that has been involved in many conflicts of the Empire. This time, Rean is a much more experienced character. No longer a student, Rean becomes an instructor at Thorns Branch Campus, specifically responsible for the teaching of a new Class VII.

Together, Rean and the three members of Class VII will enrol in many campus activities that follow a somewhat strict structure. Similar to games such as Persona and Fire Emblem: Three Houses, Trails of Cold Steel III follows the campus calendar, which dictates what is happening. There are moments where you’ll train your combat skills, others where you travel across the country on special missions, and even some free moments where you can spend your time in activities with the students – which results in strong bonds between characters.

On the paper, this structure should lead to a balanced experience, where you’re constantly doing different things. Unfortunately, though, Trails of Cold Steel III has some serious pacing issues. At times, the game feels much more like a Visual Novel than anything else, because you can spend hours only engaged with dialogue and narrative development. Whilst the narrative is interesting enough to keep you hooked, I’d enjoy having more freedom to enjoy the side-activities like the character-bonding events.

To compensate this a bit, Trails of Cold Steel III presents a turn-based combat system that is as deep as it is engaging. Here too, the game builds on the character’s interactions. In addition to the health pool, enemies also have a stagger bar, which you can break to unlock combos between characters. Thanks to these overlaying systems, the combat in Trails of Cold Steel III goes much further than what you’d expect from other basic turn-based games.

If you’re looking for a game with dozens (maybe hundreds) of hours, then Trails of Cold Steel III is a great option. You’ll only need to adapt to the game’s own passing to enjoy the game to its fullest.

As a mid-chapter of a long-branching narrative, The Legend of Heroes: Trails of Cold Steel III doesn’t really slow down for new players. If you’re patient with the game’s unique passing, tough, you may find an engaging combat system and tons of content to enjoy.