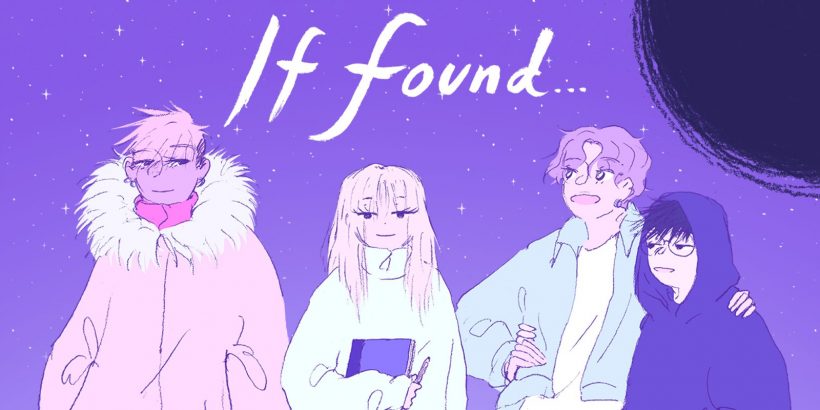 It’s one thing to think about a review from a purely internal perspective – considering mechanics, aesthetic, writing, technical details, and how these tie together to create a game – but as with any art, it is also necessary to consider the context that the game exists within. If Found… is, by all measures, a well-crafted, unique, and moving experience thanks to its excellent writing, mechanics, art direction, and sound design, but it also tells a story which foregrounds a trans perspective; in a context where the vast majority of narratives simply do not acknowledge the existence of trans people or the broader LGBTQ+ community, this is significant. Indeed, not only is If Found… a moving coming of age story, it also offers one of the better examples of LGBTQ+ representation that I’ve played on the Nintendo Switch, and it is well worth a look for any fans of short narrative adventures.

If Found… is the story of an Irish trans woman named Kasio and her interpersonal relationships, as well as space-time travel and the need to save planet Earth from an enormous disaster. The story takes place in late December 1993 on Achill Island, Kasio having come home from her university studies in Dublin around Christmastime. Using tactile mechanics whereby you erase elements such as notes, drawings, letters, and scribbles from Kasio’s journal in order to progress the narrative, the game plays out over a short two hours that’s almost impossible not to complete in a single sitting.

I’m typically not the world’s biggest fan when it comes to touchscreen control schemes, but although here there is the option to use traditional controls with the joystick and buttons, If Found…’s use of touchscreen controls is so effective that you really wouldn’t want it any other way. Aside from the sheer brilliance of delivering a narrative about interpersonal relationships predominantly through a physical stripping back of layers and memories that were put down by the protagonist’s own hand, the tactile element creates a degree of intimacy that is often missing from visual novels which progress through more traditional means. The only drawbacks here are that sometimes you can inadvertently erase a layer too quickly and miss a key piece of text (there’s definitely a metaphor in the absence of an undo button) and that you don’t get as much out of the controller vibrations as you would with traditional inputs, but these drawbacks are minor enough in contrast to how effective the mechanic is that they can be easily overlooked.

As for the narrative itself, to call it just memorable would do it a disservice. If Found… explores interpersonal relationships and themes relating to identity, family, rejection, and acceptance. It does so in a sensitive, genuine way, using the visuals, sound, controller vibration, and the tactile control scheme to draw out an intimate, immersive, and emotional tale. The writing is full of poignant observations, and the elegant shifts of tension and harmony from moment to moment keep you invested in the story until you find yourself watching the credits roll with tears on your cheeks and wondering how you got there. Indeed, there is pain in this story, but there is also authenticity, not to mention the complex mix of emotions that comes from finding the people who accept you for who you are. The queer representation feels authentic, and while a trans critic would be able to comment on the nuance of the trans representation in Kasio better than I, the writing successfully conveys depth in most of the characters despite the short runtime.

Beyond the narrative and character development, the game’s artistic and sound direction are both impeccable, harmoniously complementing the game’s other elements to create a deeply immersive and evocative experience. The intersection of the art and the control scheme is particularly clever; while most of the time the visuals are 2D and the text and drawings tend to be written onto the flat pages of Kasio’s journal, the layering and stripping back of the visuals is intermittently used to create a remarkable sense of depth in movements such as pushing forward through a crowd or walking through a sprinkling of snow. Colour, light, and darkness are used similarly thoughtfully to convey tone and emotion throughout, and the distinctive style suits the narrative and premise well.

For fans of innovative narrative experiences, If Found… is a memorable and refreshing game that should not be overlooked. From the control scheme to the narrative, the game doesn’t hesitate to consider doing things differently, and the result is a remarkably cohesive whole. It’s also a shining beacon of representation in a landscape where LGBTQ+ narratives still rarely take centre stage, and given the continual challenges to LGBTQ+ rights – particularly trans rights – across the world in this current political moment, there is something deeply comforting about sincere and genuine representation – even if it does make you cry.

If Found… is a moving, heartfelt tale about identity and relationships at the end of the world. The unique mechanics marry perfectly to the themes explored, and the short two-hour runtime makes it an excellent choice for a cosy evening in.