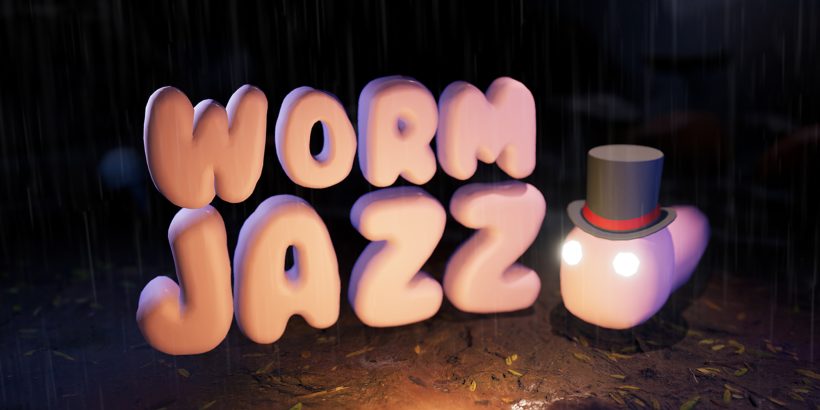 Let’s face it, first impressions count for a lot, however open-minded we like to think we are. With its weird title and derivative-looking setup, Worm Jazz doesn’t look too promising at first, but dig a little deeper and you’ll find a decent puzzler wriggling under the surface.

There’s only really one worm-centric game to compete with, but Worms WMD has dominated the market in vermicular video gaming so much that Worm Jazz has quite a hill to climb (burrow up?) to reach its heady heights. It’s a pseudo-3D snake-like game, in which the task is familiar enough: reach a target point by wiggling around a maze of walls. Each level contains a golden apple, unlocked by collecting a certain number of food pellets, which also increase your length. Food awards stars (1-3) on completion of a level, according to how much you’ve swallowed up.

Alongside the challenge of navigating walled areas without being able to double-back on your own tail or turn around, Worm Jazz introduces an explosive nuance. Some tiles are mines which explode on contact, but if you’ve gobbled up one of the special glowing food items beforehand, you’ll only lose your wormy body up to the point at which you swallowed the food. The game achieves an awful lot with just this feature, but later levels add teleports and boulders; the latter can be pushed onto mines, but can also be propelled by explosions to set off chain reactions.

It’s a small shame that the 3D perspective isn’t accompanied by a 2D view, given that it would take little effort and would suit some players. In fact, Worm Jazz is light on options all round, although the overused rumble can mercifully be turned off. Additionally, the game wins points for its inclusion of an ‘undo’ command, practically a requirement for turn-based puzzlers nowadays, but incredibly welcome nonetheless. It’s a pity the move can’t be used after you’ve terminally exploded, though.

You’re probably wondering where the “jazz” of the title fits into things, but whatever connotations that might conjure up, in this case, it’s really as straightforward as possible: the reference is to the laidback, groovy swing its soundtrack employs. It’s a musical style rarely utilised by video games, but it suits Worm Jazz down to the ground, bringing a light-hearted sense of relaxation to the occasion.

As with any title in this genre, Worm Jazz succeeds when it manages to get the level design just right, something which, thankfully, happens more often than not. Many levels are easy to beat at the one-star tier; the game can be rushed through in just a few hours if you’re that way inclined. But it’s the harder two and three-star achievements you’ll want to aim for, and the contortions required to hoover up every last piece of food will have your brain twisting this way and that.

Worm Jazz also has a very pleasing overworld, styled like a macrocosm of its individual levels. Not only does this map feel satisfying to traverse, but it also presents optional levels and alternative routes which help add a slice of variety. I won’t spoil the final level, suffice it to say the encounter raised a smile, and a recent update even added a Halloween-themed bonus level, which is a lovely touch.

Overall, with only fifty or so levels and a limited set of mechanics, Worm Jazz is a little bare-bones to justify its asking price. But the levels that are present have been well-designed — often exquisitely so — and the result is a brief brainteaser that’s worth checking out if you dig that kind of thing.

Worm Jazz doesn’t aim for the top of the food chain, but it’s well-designed for its primary task, and it layers some interesting notes together, with an occasional groovy flourish to tickle your grey matter.