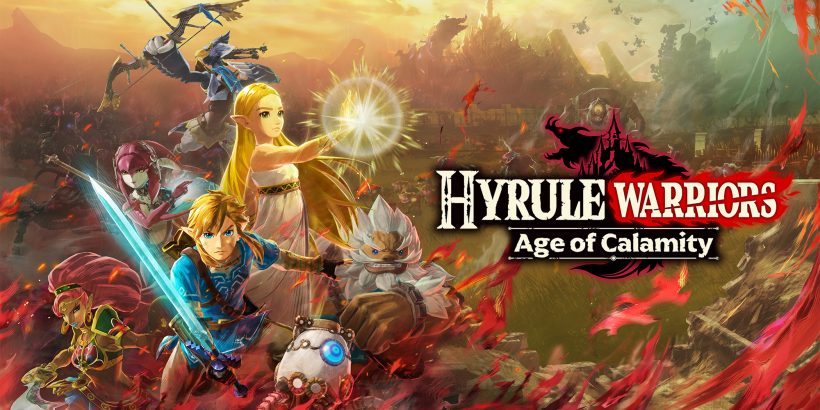 100 years from now, in a format one can only begin to imagine, there will be children around the world being taught the events of the Great Calamity. Unfathomable for some, yet indisputable regardless, the world will have changed so far beyond our comprehension that learning about the intricacies of some of video games’ greatest stories could well be commonplace. After all, there are heroes within our TV screens whose fate people are more invested in than they are the world leaders who run our countries.

With a timeline so diverse, detailed, and debated, The Legend of Zelda would be one of the very first to be taught and one that would leave a lasting impression. The Breath of the Wild would feature heavily in discussions that follow, not just for its significance in the timeline but for what it’s done to our gaming landscape. With a sequel in the works but no clear release window, attention is drawn to a prequel by the development teams of both KOEI Tecmo and Nintendo/Zelda.

For those not in the know, the Hyrule Warriors moniker brings with it a wealth of past experiences that have shaped what are now referred to as Musou games. Mass mobs and heavy hack-and-slash combat take centre stage as you deal damage to horde after horde of enemies. Representing skill, strategy, and stylish execution for some; for others, it’s seen as a mindless meander that lacks purpose. Whatever your preconceived notions of the Warrior series are up until now, this writer implores you to put them aside, don your tunic, and reach for your Lucky Ladle. The collective minds of these two development houses have cooked up a treat and you are most definitely going to want to give it a try.

Combat is the crème de la crème of the Warriors series, and hacking-and-slashing your way through the fields of Hyrule is truly as fun as it sounds. Stylish swordplay, creative combos, and an emphasis on individuality have culminated in an experience that brings such joy. Each member of the eclectic cast from the Zelda-verse has their own unique move set and when you combine all the elements together, it yields fantastic results. We’ve all seen those crazy BOTW videos showing the most magical ways to manipulate the Sheikah powers, the ones which are inexplicable and almost impossible to replicate. Until now, that is. Age of Calamity encourages experimentation with each playable character through the progressive way in which they are introduced. As the story evolves, so too does your party.

When you aren’t busy battling your way through Moblins, Bokoblins, and everything in between, you’ll be falling in love with the world of Hyrule all over again. One can’t help but be enamoured by the famous landmarks you visit, and everywhere is so inviting. Fans of the Zelda series will be sold solely on the opportunity that’s been presented: full immersion in Hyrule once more. Whether you’re a new or returning player, the manner in which it’s all been fully realised will keep you invested throughout. Carefully curated cutscenes, an ever-evolving map, and a user interface that’s more than just reminiscent of BOTW will make sure of that.

That’s all well and good, but style without substance makes for a shallow affair. Thankfully, that isn’t a concern here. Yes, the core combat remains a constant throughout the many mission types; however, there is so much that has been packed in to create a complete and comprehensive experience. Main missions are introduced through those outstanding visual cutscenes that we know and love – they are nothing short of spectacular. Side quests, although not offering quite the same level of detail, typically provide a challenge that has a time limit or specific conditions that need to be met e.g., no damage to be taken by the player.

With such moreish main missions, it’s important to have a reason to take a step back so as to savour the experience. The side quests do just that, whilst also ensuring you can continue experimenting with the members of your party. There are also villager requests that you can access via the map, and most are as simple as providing the resources they require and receiving something in return. That’s before we reference boss battles and controlling Divine Beasts! The significance of these events is such that they won’t be discussed further here. Just know, there’s a lot to love.

As you advance through the game, you are rewarded for well-executed combos, successful mission completion, and even through those side quests and villager demands. They all yield XP, or additional combos and love hearts, and this allows your party members to level up. The generosity with which the XP is handed out can mean that gaps appear between your playable characters. Given that some missions require a recommended level in order to have any chance of success, it can result in grinding to bring them up to speed. This isn’t grinding in the traditional sense though as it’s just another excuse to get back amongst the action!

Aside from its striking visuals and original gameplay, there’s an authenticity to Age of Calamity that extends way beyond the aesthetics. Interwoven into the game’s very fabric are relatable aspects of BOTW that don’t feel tacked on or token gestures. Weapon crafting at the blacksmith allows you to forge weapons together to improve their stats. Costumes are unlocked as you progress depending on where you’ve visited and what happened whilst you were there. Even cooking plays a significant role, with food items collected during missions used to cook recipes before you go out to battle. These give you perks which you can carefully select based on the location and enemies you expect to encounter. Additional XP to be earned or a significant reduction in damage from fire are just two examples. It’s organic. It’s fresh. And it is no less than what both franchises deserved.

Now. With all that being said, there’s a Divine Beast Vah Ruta in the room which needs to be addressed. Framerate dips prevalent in the eShop demo rear their head from time to time. The narrative from hardcore Musou fans has already indicated that they are willing to be rather forgiving about this, citing the large number of enemies on screen at any one time as an acceptable reason. Whilst there may be some truth in that, it doesn’t help that those large hordes of enemies often randomly appear without rhyme or reason. Furthermore, their horde-like mannerisms lead to jolted and stifled movement which takes the shine off just a little.

The other concern among the gaming community was the repetitive nature of the gameplay. Just how much hacking and slashing can one player do? In short, a lot. Through clever level design and inspired gameplay mechanics, monotony rarely ever sets in. The Sheikah Slate powers are one such example, proving that – much like BOTW – combat in Age of Calamity is stacked with hidden complexities. Couple that with the chance to take control of the Divine Beasts, master all of your favourite characters, revisit the more enjoyable missions, and engage in side quests, you’re set for the foreseeable future. Even more so when you consider that local co-op is available throughout. Current lockdown restrictions have limited the opportunity to play, yet questing after those sneaky Korok Seeds in split-screen multiplayer is something to look forward to. It should really have been online multiplayer too, though.

It wouldn’t be a shock to most to say that the focus on BOTW has elevated expectations of this iteration of Hyrule Warriors. Fans who otherwise would never have looked twice are now desperate to see it succeed, and what that success looks like is incredibly different for everyone. Critiquing something as revered and loved as Zelda comes with its own challenges, and rose-tinted spectacles can quite easily alter perceptions. For one, the control of the Divine Beasts is an outstanding inclusion, but it isn’t quite as revolutionary in practice as it is significant for a Zelda game. As well as this, the much-speculated story development will no doubt satisfy some and disappoint others.

What is most important about Hyrule Warriors: Age of Calamity is what it represents. Two powerhouse teams have come together and collaborated on one of the finest Switch titles to date, paying homage to the prior work of their counterparts and capturing a magic that is so often lacking in execution. It isn’t perfect, yet it’s a perfect portrayal of BOTW inside the Warriors engine. This isn’t a stop-gap whilst we await a BOTW sequel, nor is it a game that will ‘do’ for 2020; it’s an inspired, original, and meticulously well-crafted game that deserves all the plaudits.

Hyrule Warriors: Age of Calamity has overcome the seemingly insurmountable task of respecting the IPs that it was based upon whilst also carving its own identity. It’s original, it’s inspired, and it’s a Game Of The Year contender.