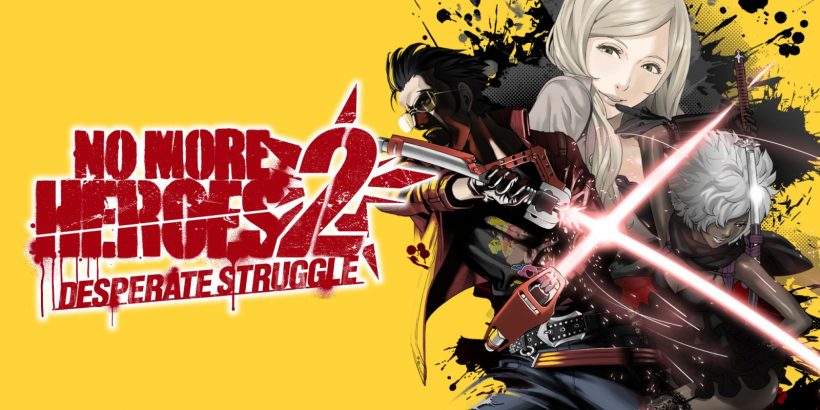 No More Heroes 2 does not skip a beat, immediately acting like a game trying to outdo its predecessor. Soon after starting you’ll encounter a boss fight against American Footballer Charlie McD, then his posse of singing cheerleaders will launch into a city-sized mech, only for Travis Touchdown to call upon his own giant robot called ‘Glastonbury’, with its insanely overblown special attack London Missile to brutally destroy them all. No More Heroes was overflowing with style, gore and pop culture references, but somehow its sequel manages to expand and improve in almost every way.

On first glance, this game can look worryingly similar to the first – being set in the same location and essentially repeating the plot to climb the ranks to world’s best assassin – but several smart cuts and upgrades make this a leaner, more exhilarating experience throughout. All of the pervy humour and pop culture references are still intact and dialled up to eleven, but if you enjoyed the first game then you’re in for a real treat here.

The first major change here is that you now don’t traverse Santa Destroy yourself. The tiresome open world has been gutted, and instead you snap between locations in an instant after choosing them on the map. Secondly, while you still have side jobs to raise cash, you no longer have to pay to start each story mission, and together these changes make the pace of the game a lot snappier. Another huge change is in the side jobs themselves, most of them now being entertaining 8-bit games that are so fun a couple could be modern indie games.

While the original made these games feel as much of a chore as an actual part-time job, here the games like Man The Meat & Lay The Pipe were as satisfying to play as their names are suggestive. Pizza With A Vengeance especially feels amazing as a homage to games like Super Hang-On or Road Rash. There’s still a couple of duds, with the Muscle Training game at Ryan’s Gym especially infuriating, but there’s so much good here this time it can be easily forgiven. They feel much more like a part of the personality of the game, with continually playing with your cat Jeanne even unlocking a special attack, so the mini-games are an extension of the fun, not a roadblock.

Enemies and bosses are still larger than life, constantly spouting melodramatic monologues for Travis to quip back to before unleashing huge weapons and bloodshed. While the levels leading to the bosses are a bit barren, the fun is in the action, so I was constantly happy just to have plenty of bodies to slice through before moving on. Bosses are full of character with nods to Resident Evil and Metal Gear Solid, and while the first couple may feel like a bit of a breeze, the later bosses demand learning the combat as well as patience and attention, as simply spamming your attacks will knock you on your ass repeatedly.

Luckily the combat is so fun you’ll be happy to simply decimate enemies as you progress, and the controls here are still adapted perfectly. New this time is an added roulette ability where Travis can just transform into a tiger and absolutely rip through enemies for a few moments, a truly brilliant addition that’s emblematic of the type of game this is. The action is also broken up with the addition of playable characters Shinobu and Travis’ twin brother Henry. Both control differently enough to add a little variety, with Shinobu’s jumping abilities making for a vertically focused boss fight that ended up being a favourite of mine. This, along with a few different ways to fight bosses, make for a game much less monotonous than its predecessor, as I constantly felt on my toes in figuring out how to beat each enemy.

The port here also runs at a constant 60fps, with textures given a decent upgrade and load times also dramatically decreased, so this is absolutely the best way to play. In fact, it feels much better than the original release; not to mention this is also the uncut and very bloody US version that was previously unavailable in PAL regions, so this is truly how Suda 51 imagined these games to begin with. While the story is generally nothing more than a vehicle for Travis’ personality and some edgy jokes, playing Desperate Struggle again makes us even more excited for the upcoming No More Heroes 3 and what Suda can do with these characters on a more powerful device, while improving the formula even further. Pay attention, I’m sure we’ll see a couple of these bosses again…

No More Heroes 2 takes everything good about the original and brutally guts the excess while injecting a whole bunch more action, characters and wacky charm. It feels like Suda 51 got to make exactly the game he always wanted to, and the chance to iterate means this sequel learns a lot of lessons while still presenting an absolutely insane, gratuitous and very knowingly humorous game. A fantastic game on the Wii has found a perfect home on the Switch, and action fans should absolutely invest in a ticket to Santa Destroy this time.

Improving everything good about the original while cutting the bad, No More Heroes 2: Desperate Struggle spends a lot more time being a fun action game and gives you plenty of new ways to tear enemies apart for good measure.