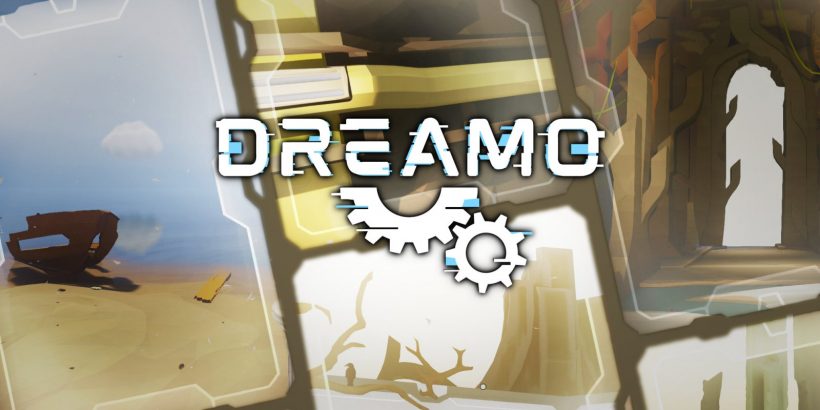 A narrative-driven puzzler that aims to channel the same sorts of vibes as the likes of The Witness, The Spectrum Retreat, or even the acclaimed Portal series from Valve, Dreamo from Hypnotic Ants opts for a low-poly dreamscape as its narrative backdrop. Unfortunately, while the cube-based puzzles provide a good amount of challenge, they don’t meld particularly well with the story, making it feel a little superfluous.

Stuck in a coma following an almost fatal plane crash, Jack Winslow finds himself on a mysterious island, with abstract memories and objects scattered around. With the help of a doctor guiding you through, it’s up to you to solve the mysteries Jack’s mind presents him with, and ultimately uncover the deeper reason he’s in a coma in the first place. Visually, you’ll explore a vibrant, low-poly world that shifts and changes around you as you connect dots and solve clues. For a game about remembering, it’s a little forgettable, but it’s nice enough to walk around and examine the game’s environments, which vary quite a bit across its three chapters as the plot thickens.

The way that the dialogue is presented is a little strange here, too. Prompted by objects and different bits of terrain, the text pops up as little dialogue icons around the world; it reminded me of a developer commentary from a Valve game. If you aren’t too bothered about what the characters are saying, you can just start walking away, and the audio will fade as you leave earshot rather than sticking with you. I found myself doing this quite a bit towards the end of the story, when the doctor supposedly helping Jack was getting increasingly frustrated at his efforts.

The puzzles in Dreamo are by far its strongest suit, and what make it worth playing if you’re after a game to test your brain. ‘Artefacts’ – as they are described – will help the comatose Jack to discover and unlock his memories. They’re strange, cube-like devices that require the slotting and sliding of cogs into different positions in order to power up the device and progress further. These puzzles get increasingly difficult, introducing hurdles like sliding mechanisms, gravity-based components, and even alternating cubes that require you to memorise the positions of cogs and buttons. One strange choice when you enter ‘artefact mode’ is a horrific visual effect that overlays the screen and makes it immensely difficult to see what you’re doing (particularly in handheld mode). Luckily, this can be turned off in an instant, so it isn’t an issue.

Sliding the knobs and gears into place feels tactile and responsive, and spinning them around in your hands like a Rubik’s cube of sorts is super-satisfying. It’s almost as if you’re holding a real puzzle, and thus perhaps makes it unsurprising to discover that a VR version of the title is coming to PC at a later date. Part of me wishes that the entire experience consisted of these puzzles in a level-based format, with the story interlaced throughout, or perhaps not at all.

Overall, some decent dialogue and an intriguing premise don’t do enough to justify the story in Dreamo, and the puzzles feel arbitrary in this world, rather than interwoven with the environment and contextually relevant. For a game that features so many cogs and gears, the two don’t really go together to function as a well-oiled machine. Luckily, the quality of the puzzles do enough to make the game worth playing, and there’s an additional challenge mode for those that can’t get enough.

While intriguing, Dreamo’s mysterious narrative and environments don’t feel particularly connected to the core puzzle gameplay. Luckily, the well-designed challenges and puzzles alone make it worth checking out if you’re a fan of these sorts of relaxed, first-person puzzle games.