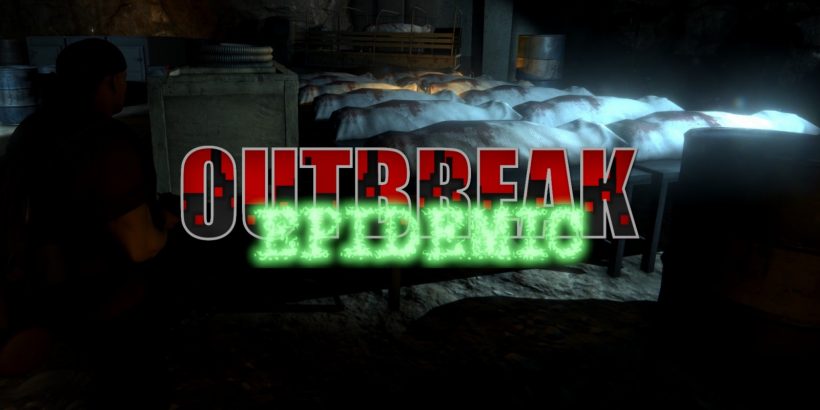 Resident Evil was an absolute revelation, if you’ll pardon the pun, when it was unleashed upon the world in the nineties.

Rarely since has a game so completely defined a brand-new genre all on its own in the way that the first Resident Evil game did with survival horror. With the premise being centred around there being lots of zombies but next to nothing by way of ammunition to use to dispatch them, this was a scare shooter with a tactical element – you had to choose the right time to use your bullets, and perhaps even run past enemies who just aren’t worth your lead. Resident Evil is the clear inspiration behind Outbreak: Epidemic, one of three games in the Outbreak series to have released on the Switch eShop in recent months.

The inspiration from Resident Evil is clear as soon as you start up a game. Finding weapons laid all over the floor, you must choose between them as you only have an extremely finite amount of backpack space for both guns and their accompanying bullets, which must inexplicably be stored separately. These zombie outbreak vanquishers still haven’t mastered the art of preparedness some twenty years later.

Continuing the Resident Evil theme, there’s a very minimal HUD, and you need to bring up the backpack menu in order to view your health, which has the same colour-coded heart-rate display as the Resi games do; green meaning all is well, yellow meaning you’re in a bit of trouble and red prompting a mad dash for the nearest health replenishment. What doesn’t carry over from Resident Evil, though, is that this menu system is an absolute pain to use – even bringing up the menu feels unnatural due to its button placement, which is particularly unfortunate in situations where numerous zombies are bearing down on you. There’s a combine option in the menu but you can’t combine bullets with their associated weapons; nope, that needs to be done during the action, where your player will reload so slowly, they may as well sit down and present themselves to the zombies as a sacrifice.

Clunky, unfortunate controls are a theme through this experience. Despite some pretty girthy load times (again styled like Resident Evil), the game can skip and flutter all over the place. This is an incredibly dark game (in appearance rather than in terms of subject matter), and it’s often the case that you can only see a very small torchlit area of the screen. That’s something which really only ever serves to provide an annoyance than an immersive, scary experience – and even though you can only make out a fraction of the screen at any one time, you’ll still have objects load in and appear out of thin air as you go about your business. The button choices for picking up weapons (B, then A to confirm) seem just plain weird, while the aiming beam for shooting doesn’t lend itself well to precise shots when ammo is at a premium.

Without aiming your weapon and thereby slowing your character’s movement down to a trickle, you’re not going to see anything that’s point blank in front of you. The lighting really is a pain in the ass in this one.

Even configuring the game is pretty confusing – you have to toggle the menu to set up your game, switching between the characters and their different scenarios, and switch between the main campaign and onslaught mode, which essentially throws waves of zombies at you like Resident Evil: The Mercenaries 3D. There’s local co-op too.

It’s clear what they were trying to do here, but Resident Evil is beloved by so many for a reason. You can’t get close to touching it.

Blatantly inspired by Resident Evil, Outbreak: Epidemic quickly falls into the ‘knock-off’ category rather than the masterstroke one. It’s dark, dingy and disappointing, and that’s how I felt about myself after playing.