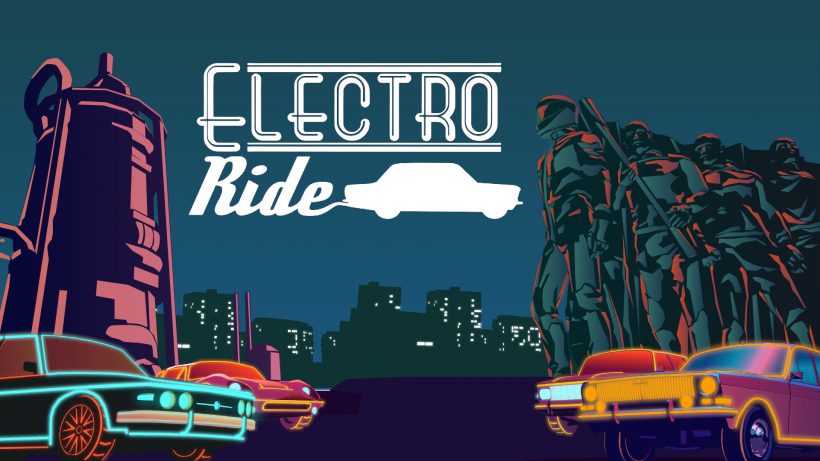 You don’t have to look far on the Nintendo eShop to find a myriad of decent arcade racers vying for your digital cash. Games of this ilk always have a tough time standing out due to the long-standing shadow of Mario Kart 8: Deluxe, so it’s a testament to Electro Ride that it attempts to do so using bright, glitzy visuals and a pumping techno soundtrack. It’s just a shame that both these traits will only distract you from the poor vehicle handling and blatant rubber banding for so long.

The good news is that Electro Ride has a strong sense of style going for it. Touting a vibrant aesthetic that’s perhaps best described as a melding of Blade Runner’s futuristic metropolis and the basic but effective outlines of the light cycles from Disney’s Tron, Electro Ride can be a visual treat for the eyes when you’re able to lose yourself racing amidst a neon-lit cityscape against others. Developer Sylwester Osik has done well to create a driving game that doesn’t look like anything else, even depicting locations from his home region of Central Europe (like Berlin, Warsaw and Moscow) as colour-fuelled visions of the future.

Problems begin to arise, however, when you get down to the gameplay. Despite dubbing itself as a “Soviet Bloc Arcade Racer” almost every car from the handful available handles very stiffly, and not once during story mode did I feel I had complete control of my vehicle. This is a major issue in a racer like Electro Ride where the sights are somewhat stunning and you just want to chill back and let them wash over you. Acceleration on Switch is tied to ZR and B is reserved for handbraking, but using the latter so often saw me drift out of bounds. In some instances, where there was no barrier, I fell off the track.

You’d expect to see elements and mechanics like this in a full-fledged driving simulator game like F1 or Gran Turismo, but Electro Ride seemingly isn’t interested in this and contains no way for you to tweak what’s under the hood of the car – instead, vehicles have preset stats for acceleration, steering and max speed. Handling is at odds with the arcade-like simplicity in this way. Electro Ride wants to sit somewhere between these two schools of thought within the racing genre, but this ambitious indie attempt never finds the right middle ground.

Electro Ride actually plays it pretty straight for an arcade racer, with there only being one type of item pick-up featured. You see, before beginning any race, the game has you choose one of three colours for your car. This can then change when you are out on the track, as the colour you currently are is tied to the same colour boost pad. To Electro Ride’s credit this is a pretty cool and simple idea that expertly suits the stripped-back visuals, but in my experience using these boosts only ever had a limited impact on the outcome of races.

A lot of this is due to the game’s incessant rubber banding, where I would always find myself in close proximity to other vehicles regardless of if I was in front or behind. Using the appropriately coloured boost pads should in theory help give me an advantage, yet there were definite times where the AI was speeding alongside me, not using the correct boost pad for their colour and yet was still able to keep up. This begs the question: why have them at all?

Much like the cars it has you drive, Electro Ride looks good on the surface but has various issues plaguing it under the hood that prevent it from being a well-rounded racing experience.

Electro Ride: The Neon Racing has a unique enough visual style to successfully set itself apart from other arcade racers on Switch. However, poor vehicle handling and the indecision of which type of core racing audience to appeal to gives it a limited appeal