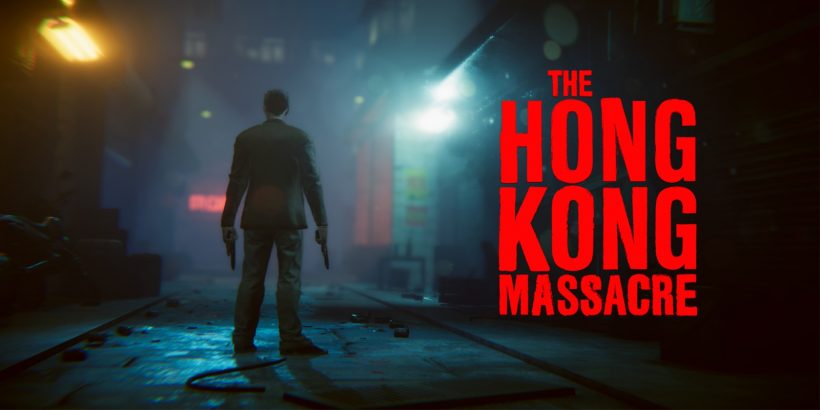 I’m a proper true crime fanatic, so when I discovered The Hong Kong Massacre, I was excited. “Take on the role of a former police detective bent on exacting vengeance for his partner’s murder and use a mixture of raw firepower, slow-motion and dive/dodge mechanics to tear your way through the criminal ranks.” This was all I needed to read to know I had to play it.

The Hong Kong Massacre is a top-down, twin-stick shooter that plays out like Hotline Miami crossed with The Matrix. Each level has the same aim: burst through doors and take out anybody in the room. Be careful though, enemies are armed, and although one shot will slay anybody in your way, one shot will also leave you dead and having to restart. Trust me, these guys rarely miss.

In order to avoid getting shot, you can use the environment around you to provide cover, dive and dodge, and perhaps the most interesting feature, slow down time. When you find yourself in a somewhat comprising situation, simply hold down the button to enter slow-motion, allowing you to easily dodge incoming bullets. Releasing the button will allow time to return to normal, and you’ll have a bar that will show how long you can take advantage of the ability for, so you’ll have to keep an eye on that, too.

You also have a rolling ability in your repertoire which, while unrealistic and unnatural looking, is an incredibly useful feature that can (and often will) save your life. Rolling allows you to duck under incoming bullets, so when in doubt, roll. I only wish it was slightly smoother, rather than looking like your character is seemingly flailing around on the floor.

At the start of each level, you’ll be able to choose your preferred weapon out of those unlocked, starting out with a set of pistols and working your way up to a shotgun, a rifle and an Uzi. Simply playing through levels and completing their challenges will allow you to unlock new weapons by purchasing them with stars – the in-game credits. Of course, you’re also able to pick up any weapon dropped by an enemy, and this is something you’ll need to do frequently as your gun runs low on ammo, and you’re unable to reload. Each weapon you unlock can then be upgraded by using the stars gained from completing challenges, of which there are three to gain from each level.

One thing I realised pretty quickly about The Hong Kong Massacre is that it is incredibly difficult – even when playing on easy. The game may give the illusion that you can ‘run ‘n’ gun’ your way through each stage – you can’t. You will get taken out promptly. You have to use your brain and a bit of stealth, taking time to analyse where each enemy is and where’s best to go first. Honestly, I felt that the difficulty spiked too much, too quickly. During the first level alone, I died nineteen times! I’m all for a challenging game, but I believe in increasing that challenge gradually throughout the levels, which is something this game doesn’t do.

The one part of the game I was expecting to enjoy the most actually ended up being my least favourite part. The game’s story isn’t as engaging as I would’ve hoped, and because of this, I found myself not really caring what happened. Fun and exciting gameplay typically makes up for a game lacking an enticing story, but unfortunately, I couldn’t seem to find either here.

Overall, The Hong Kong Massacre isn’t what I’d hoped for, but fans of old action movies (John Woo comes to mind) will probably love it if they can get past the unfair difficulty levels.

The Hong Kong Massacre is a challenging game that can often leave you feeling frustrated. Action movie fans may find enjoyment, but issues such as a lacking story let it down overall, and it’s hard to recommend at the current price.