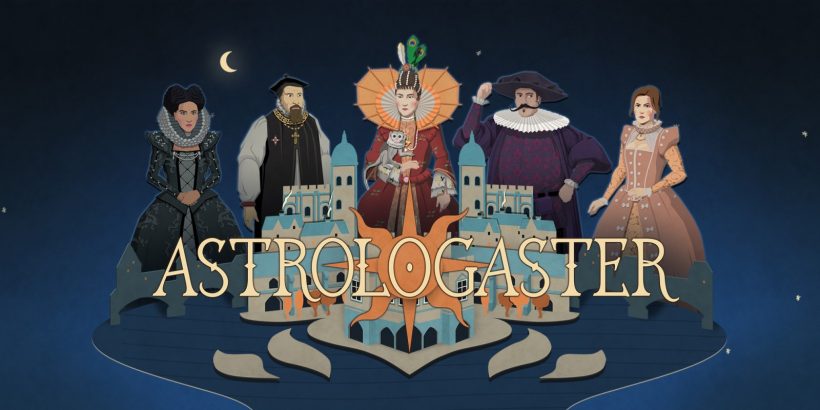 Forsooth, and verily, we happen upon a tale of ‘physick and astrology’, set in the time of Good Queen Bess! Tis a chronicle of plague, rampant anti-Catholicism, and — ahem — abundant ’rumpy strumpy’. Mayhap, you wish to learn more?

Astrologaster has an enviable pedigree, with backing from the University of Cambridge, Wellcome Trust, and several centuries of English history behind it. Naturally, liberties have been taken with the narrative, which is based on a small core of truths buried underneath layers of bawdy fiction, hammily-voiced characters, and raucous songs during intermissions.

The story charts the rise (and fall?) of one Simon Forman, a real-life Elizabethan astrologer and herbalist: a ‘quack’ to his detractors, but a doctor as far as he himself is concerned, in all but formality — that damn College of Physicians and their petty bureaucracy, requiring official medical qualifications and such…

If you’re thinking this sounds like we’re in familiar Blackadder territory — in particular, the second breakout series — or that of Ben Elton’s other, more recent historical sitcom, Upstart Crow, then you’re pretty much spot on. Voice actor David Jones sounds like he could be a relative of Rowan Atkinson, and the overall tone and silliness is full of nods to classic British comedy.

The game is set across the pages of a visual novel, quite literally. One scene flips to the next with a pop-up book quality, and characters adopt cardboard-puppet style movements, meaning they act out the dialogue with broad impressionistic strokes rather than high accuracy. Alas, there’s little variety in these pleasing illustrations — most of the action takes place in Forman’s surgery, despite plenty of references to other locations which could have been depicted too.

Narrative choices are centred around astrological charts, showing planets in alignment with various constellations. The ‘meanings’ of these are displayed, along with an overall interpretation; for example, Saturn in the House of wealth might represent financial jealousy. It’s an intriguing prospect, one that almost convinced me there could be something in all this mumbo-jumbo, but the spoon-feeding of the interpretations detracts from the challenge. What initially seems like meaningful tests of judgement appear to be mere choices of where to direct the plot. This is fine if that’s where the bar is set, it just feels like this device promises more than it delivers.

As the game progresses through its five-hour duration, it becomes apparent that the arbitrary astral readings might actually be serving as a satirical device. Perhaps the game is telling us that, no matter how the stars align, the important thing is that you tell people what they want to hear. Astrology is all about motive: pick out the things you want to focus on, leave out those that speak the uncomfortable truth. Astrologaster capitalises on this when it deals with subjects beyond simple aches and pains. Obviously, it’s absurd that a ‘doctor’ is consulting the stars for diagnoses, but how much more absurd that his patients are coming to him for help in their financial or romantic affairs!

Astrologaster has the feel of an interactive museum exhibit, albeit one with high production values, and a large amount of content. It doesn’t attempt to move beyond a largely linear story, despite hints of a promising astrology-based mechanic, but fans of the visual novel genre, particularly those who are also lovers of English history, should find some enjoyment here.

Astrologaster is a light comedic take on Elizabethan England, with all of its nonsensical religious and social hang-ups exposed to ridicule. Occasional hints of more serious social commentary add some depth, but the astrology mechanism is under-utilised.