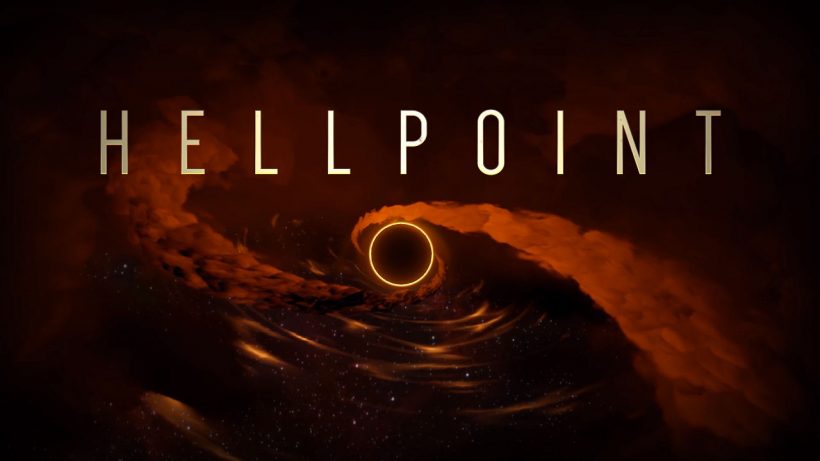 Soulslike games have developed into their own genre; loved by many and easily playable by few. With this genre rapidly evolving, what is it about Cradle Games’ Hellpoint that sets it apart from the many, if anything?

Hellpoint is an action RPG that’s set in a sci-fi universe following the downfall of the Irid Novo Station, a once glorious space station that is now overrun with evil entities. You take the role of a creation by the mysterious being known only as the Author, designed to investigate the goings-on at the Irid Novo and, ultimately, return it to its former glory.

The story here is difficult to follow. It’s not necessarily a story you need to follow, but the more you dig into it the more you will get out. Because of the nature of Hellpoint’s gameplay, it’s completely possible to miss out on vital parts of the story. You may not come across certain enemies, bosses or characters and so each player’s playthrough will vary with their experience.

Hellpoint’s gameplay is in true soulslike fashion: die, die, and die again. Traversing areas, defeating enemies and collecting Axioms (the game’s currency) in order to level up and progress past the point you are inevitably dying at. Rinse and repeat. You have got to expect a lot of repetition in this kind of game and that’s exactly what you get here.

The combat in Hellpoint is, again, very similar to that of other soulslikes. Use a combination of light and heavy attacks to kill enemies, block with your shield (if that’s how you want to play – you don’t have to equip a shield) and dodge or roll with a simple button press. Reading that sentence back makes it sound easy. It isn’t. Mainly because every action you take depletes your stamina bar, forcing you to have to wait for it to refresh. This means you have to take a careful and planned approach to all combat – something I’m not very good at.

Being an RPG game, Hellpoint allows players to find and equip a wide range of weapons and armour. What is slightly more unusual is the implementation of guns. Cannons, rail guns and rifles are among the arsenal you can equip given you have the right reflex stats.

Unlike most RPG’s, players don’t level up by simply defeating enemies and gaining experience points. Instead, every defeated enemy earns the player Axioms. Make it back to a breach and you can level up your characters stats by purchasing them. If you get killed by an enemy you will drop all the Axioms you’re currently holding and be sent back to the nearest breach. Make your way back to your gravesite and you’re able to pick up those lost Axioms – be aware though, you will also encounter a ghost version of yourself to defeat.

It’s worth noting a certain mechanic that I found very cool in Hellpoint. On the top left-hand side of the screen, you will notice a clock-like device. Pay close attention to this because how this ‘clock’ looks will trigger events such as certain enemies being stronger or black holes opening that spawn hordes of enemies. Sadly though, this mechanic isn’t very well explained and you could easily progress through the entire game, none the wiser as to what it means.

Perhaps the best thing about Hellpoint is the fact that it can be experienced fully with a friend in online co-op (or PvP) from the get-go. Even if you find yourself struggling in a certain area, you can simply press the start button and join a random players game or open up yours to be joined. I should mention I found it much easier to join a player’s game than to be joined by one – but you can continue playing while you wait to be joined.

If you are a fan of Dark Souls and/or Bloodborne and are looking for a soulslike game on the Nintendo Switch then Hellpoint is absolutely for you. It is an expansive world that is destined to be explored with a fair but challenging difficulty. If you’re not so much a fan of this genre then I would say to give this one a miss.