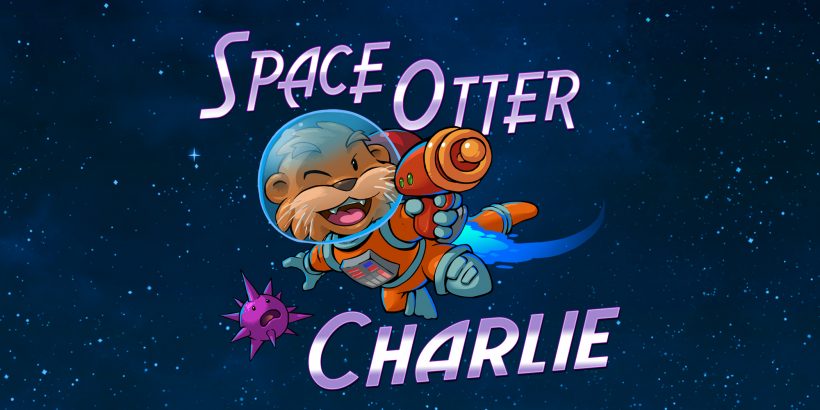 It’s about time really, isn’t it? We’ve had an incredible range of animal species take centre-stage in video games over the years, including apes, dogs, frogs, and snakes, but otters have been underrepresented. Not any more however! Thanks to Wayward Distractions, the otters have finally got the adventure they deserve, and these creatures have lofty ambitions.

It’s the early 2500s, and Planet Earth is in a right state. Human beings are to blame, of course, and they’ve departed the planet to seek alternative living conditions. The remaining species initially quite enjoyed the lack of humans wandering around, but – in a sign that global warming has worsened the planet’s health – it has begun getting too hot even for these animals, and so they built themselves a rocket ship to head into space and seek a new home.

The otters have no fuel and no plan, however. Thus begins your adventures, taking control of the otter Charlie as he explores various Zero-G environments, amassing better equipment and ultimately perhaps finding a new home for everyone. He’s not alone; his crew of companions – each bursting with cute character design appeal – are able to offer mission objectives and a little practical help along the way.

Manipulating Charlie in gravity-free surroundings is relatively easy to master: a nudge of the left thumbstick and a tap of the B button sends our heroic otter zooming around with his jetpack. When moving, he’ll continue to head in the same direction until you tilt him a different angle or he lands on a firm surface.

As he whizzes about, there are spare parts and energy orbs to collect; the former is used to acquire upgrades while the latter acts as Charlie’s health meter. This is certainly needed, because various foes roam the corridors, and there are dangerous flame-spewing vents and lethal lasers to avoid, too.

Weapons available include the Quickshot Reflector, which shoots lasers that can bounce off surfaces and reach switches that may otherwise be out of bounds. The Glitter Gun, meanwhile, fires off sparkly pink fireworks, which – quite frankly – I wouldn’t mind having the next time I play a Resident Evil game. There’s a clever progression to Space Otter Charlie in that you may find a particular upgrade which will then prove essential to defeat the boss at the end of the level.

It’s kind of like playing a platform game without platforms then; a Metroid-lite experience in which Charlie gains keys to unlock new areas, while improving his equipment with a steady stream of upgrades. There are puzzles to solve, which are pitched about right for a game that is actively encouraging you to keep going, aided by a witty script that raises a smile. It’s worth exploring every corner of the map on each level, as blueprints for upgrades can be found, as well as documents that disclose surprisingly interesting otter facts. If you ever wanted to know the volume of hair on one square inch of otter fur compared to a human head, this is the game for you.

There’s some local multiplayer otter fun to be had too: up to four players can take part in two different game modes in which the otters compete against each other to gain the highest score, either by racking up the most kills or by finding the most urchins. It’s a nice distraction, but you probably won’t be playing multiplayer too often.

The main course – the campaign – is not too taxing and can be conquered within a few hours, but it’s an adventure that entertains from start to finish.

A dose of old school gaming with a fresh new face, Space Otter Charlie is plenty of fun once you’ve mastered the gravity-free controls. It’s an enjoyable action puzzler offering a few hours of entertainment – and otters!