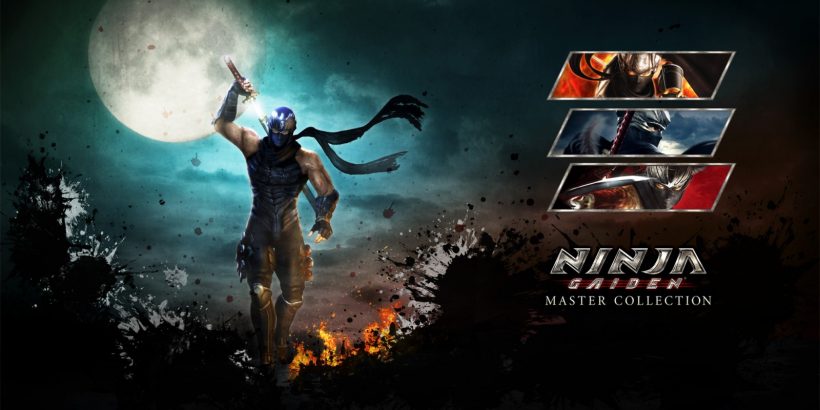 How great it must have been to be sat in a meeting at KOEI TECMO headquarters when someone raised their hand to suggest bringing the Ninja Gaiden games to new consoles. Largely well-received upon their initial releases in 2007, 2009 and 2012 respectively – the last one maybe not so much – the games in this collection offer that signature hack and slash combat that we’ve come to know and love from the Ninja Gaiden series.

With success story consoles like the Switch providing fresh opportunity to get previously revered games into the hands of the masses, it makes sense to bring these games back. What games are chosen and how many of them is often the subject of debate, and even this Master Collection has divided fans.

The Sigma games are essentially ports of ‘ports’ of original titles, albeit with a bevy of changes which mean that, for example, Ninja Gaiden 2 and Ninja Gaiden Sigma 2 aren’t the same game. While some hardcore fans bemoan the decision to release the Sigma versions, and even the Razor Edge version of Ninja Gaiden 3, I was just happy to be able to play games from the Gaiden series in a much more accessible way.

On paper, The Ninja Gaiden: Master Collection is a great package. It combines three almost excellent Ninja Gaiden titles and presents an opportunity to remind players of just how good this franchise it. Of course, these games had their shortcomings when originally released, and so its hard-as-nails gameplay won’t appeal to everyone, but its gritty aesthetic and slick slashing action make it an excellent set of games to delve into.

The first of the three, Ninja Gaiden Sigma, is the oldest but by far the most enjoyable. It’s striking to see just how well this one holds up on the Switch, and the visuals are great for a game of its age. There’s a real clean look to it all that is representative of a solid port and one worthy of your time. The same goes for the combat which is simplistic enough to pick up and play but firmly focused on ensuring you are challenged at every juncture. As the most likely game that new or returning players will start with, it’s an excellent statement piece in the Ninja Gaiden catalogue.

Sigma 2 attempts to dials everything up a notch, providing larger-than-life bosses, a fresh move set, new environments, and what should have been a visual upgrade. There’s a lot to like here, however, for all that it gets right, it still doesn’t surpass the original as the complete package. Individual elements make for a better game, including the combat and the weapons, but collectively, it isn’t quite there. Performance is rather disappointing, too.

As if two Ninja Gaiden games weren’t enough, the collection contains a third entitled Ninja Gaiden 3: Razor’s Edge. Best described as an enhanced port of the original Ninja Gaiden 3, it comes with the DLC and attempts to build upon the previous games but with a darker aesthetic. It didn’t hit the mark back in 2012 and it doesn’t now either. There’s still a serviceable Gaiden experience on offer, but it will largely depend on your affiliation with Ninja Gaiden and also your preferred way to play a collection of games like this. If the intention is to play through them all in quick succession, there’s a real possibility that the third instalment won’t deliver what many will be after.

There’s modes across the three games that provide additional ways to play, with Ninja Races, Tag Missions and Trials just some of the extra content available. The absence of online play lets the collection down, as does the aforementioned performance. Visuals and performance faltered quite considerably in Sigma 2 and Ninja Gaiden 3 – particularly in handheld. Frame-rate dips and murky visuals mar what could have been a brilliant collection, and it’s such a shame to see games of this age lacking optimisation.

And that’s before we factor in common issues associated with games of this age. The camera has to be one of the most common complaints in ports of older titles and there’s no change here. All three of them feel a little cumbersome in this department and, particularly in the smaller spaces, it can get in the way of all the fast-paced fighting. Attitudes towards this will largely differ, and personally it was something that was both expected and easily accustomed to, but it could be a sticking point for those unfamiliar with the franchise or hoping for something fresher from this updated collection.

As it stands, the Ninja Gaiden: Master Collection is one that could, and very much should, have been a lot more. I’d argue it is still a good addition to the Switch library, especially the first and second games – notwithstanding the performance issues. It’s also a reasonable price for what was originally two excellent games and one not so much. Why there isn’t a western physical release and why it doesn’t run better will be two questions that irk potential purchasers, but I think there’s enough here for all to enjoy. Here’s to hoping it paves the way for a new Gaiden game in the future.

The Ninja Gaiden: Master Collection is a no-holds barred, hack and slash experience that offers fun and challenge in equal measure. It isn’t perfect, but it really doesn’t need to be. Just enjoy it for what it is, as it was intended.