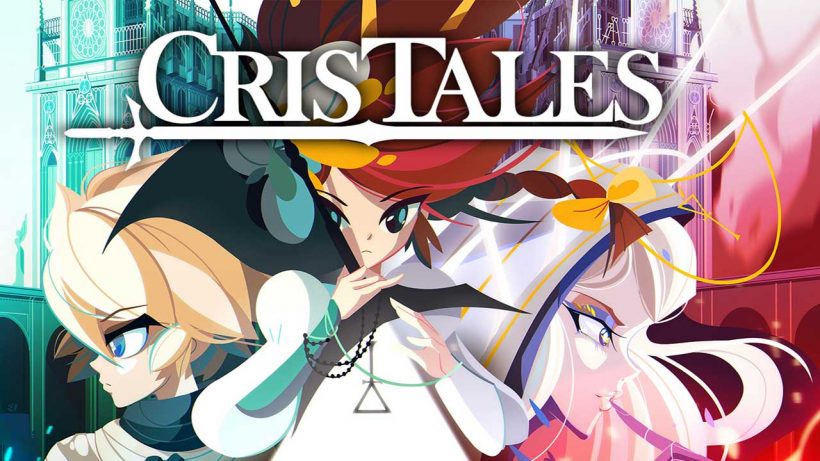 Traditionally, JRPGs are complex beasts that require hundreds of hours to power your way through. Each has its own unique spin on the genre that makes it interesting enough to add to the handful in which you’ve completed 100%. Cris Tales is a different creature, meeting the needs of most JRPG fans whilst being fresh and accessible enough for even the most casual of Switch players.

Cris Tales tells the complex story of a young woman named Crisbell who discovers one day that she’s a time mage. Soon after, she’s thrown into a journey that takes her across a beautiful world that hides some incredibly dark secrets. It’s a wonderful story that wavers in some areas, though it’s mostly little more than set dressing for some fantastic gameplay. I experienced a couple of instances of stuttering when there was a lot of stuff being rendered, but outside of these, the game ran solidly and without issue.

Crisbell’s awakening as a time mage gives her the power to view and influence the past, present, and future. The screen will often be split into three triangles showing each. Certain actions players can make in one time zone can directly influence another. Time mechanics also bleed into the game’s puzzles and combat, adding a whole new layer beyond the player’s expectations. For example, in one location, Crisbell is greeted with the grim reality that a flood kills everyone in the future. Certain actions allow players to save the person who can prevent this from happening, altering the future. This is made possible through Matias, a talking frog. He can act in the past, present, or future to benefit the party, giving every location three very tangible states players can interact with.

The most interesting part of the game’s story is its world, every inch beautifully rendered in an art style that lends itself to the genre. Animations have a flair to them that makes every biome, enemy, and character unique. Every NPC is also fully voiced in this game. Even the most out-of-the-way side character who you may never meet has something to say with a voice behind them. This also applies to the interaction text for repeatable actions. While it can become tedious to hear, it’s insanely impressive and an ambitious task for any developer to complete so masterfully.

Your time in Cris Tales is split between exploring the various eye-catching locations, chatting with the locals, and fighting random battles. As any JRPG fan will expect, you can be assaulted at any time. Unfortunately, this mechanic feels annoyingly archaic compared to some modern titles but is saved by the combat. Combat in the game is turn-based with a couple of twists. Crisbell’s time mage powers allow her to send enemies into the past or future depending on whether they’re on the left or right-hand side of the screen, respectively. Each enemy has three ages, representing how advanced and lethal they are. Pushing an advanced enemy into the past will see them revert to a weaker state and vice versa.

This allows players to use time to their advantage. For example, you can soak a metal enemy in water and cause them to become rusty and weak by sending them into the future. Sadly, this mechanic is extremely underutilised outside of a few specific battles. Most fights rely on players mastering an enemy’s weaknesses and making the most of them. Even bosses shift away from the time-based system in favour of being puzzles you fight to solve. However, battles are far from boring because there’s an advantage to paying attention. Pressing A as you or an enemy land an attack allows you to perform a critical hit, dealing additional damage, or partially block a hit, negating some incoming damage. Players need to constantly monitor this, particularly against the game’s tougher foes.

Unlike most JRPGs, side quests in Cris Tales are the best part of the game. It’s through this side content players get to have an impact on the world around them. It might be hopping through time, picking flowers, or pulling advanced inventions from the future to help an inventor in the present, each one implementing a change in the world that players can see once the quest is complete.

Speaking to the characters involved in these side quests reveals more of the fantastical world that’s been built for the game. It’s not based on any established mythos. It’s very much its own defined realm. Many of the aspects of other fictional worlds have been rationalised here, grounding them. One example is magic, which is thought to come from red crystal minerals in the ground. These work their way up the food chain and into humans, which is where magic manifests because there’s such a big build-up of those minerals.

I didn’t expect to enjoy Cris Tales half as much as I did. It’s both a callback to classic JRPGs like Final Fantasy X as well as a huge jump forward for the genre. With maybe 50 hours in it to complete absolutely everything, it’s also not that much of an ask for those with limited time to play.

Cris Tales is a fantastic JRPG that blends enough traditional mechanics with new ideas to keep it feeling fresh and innovative. It features an engrossing world you’ll long for more hours to explore and absorb.