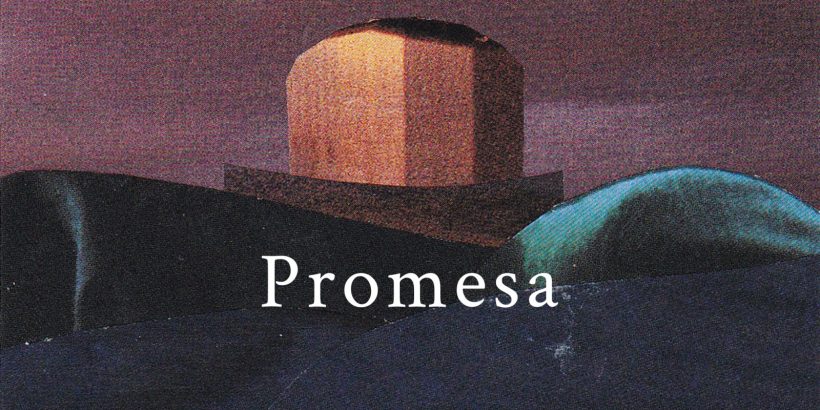 When the opening gambit for the eShop listing of a new Switch release states that it is “a personal project born from a family conversation, where you wander through dreams and memories emerging from dialogue between a grandfather and his grandchild”, all manner of reflective, nostalgic, and emotional notions start to take hold.

Built upon the premise of contemplative exploration, Promesa is a walking simulator developed by Julian Palacios Gechtman. As you walk through artistic recreations of homes, streets, and unusual environments, you’re left to piece together the memories that are being shared between grandfather and grandson. It’s a deeply personal piece of work, and it had the potential to be deeply profound. Unfortunately, the extent of the former has seemingly hindered the latter.

Promesa offers a running time of 45 minutes, during which you will move around very small vistas taking in the scenery. There’s no interaction with any of the objects, the visuals are oftentimes murky and unclear, and, somehow, the framerate frequently dips to the point of frustration. If it wasn’t for this review, I wouldn’t have finished the game.

It pains me to say that. The ideas behind Promesa and what it represents to a family make it difficult to see it executed in this way. Performance shouldn’t be an issue in a game like this, and yet it detracted so much from the experience that it was my main takeaway. This, coupled with a lack of context that never came to fruition, meant that there was no fluidity. It felt uneven and disjointed from start to finish.

There are elements of Promesa worth celebrating, though. For starters, this sort of indie experimentation is exactly what the industry needs to keep it moving forward. Video game design is a form of artistic expression and Promesa embodies this. Its deep-rooted family ties are a testament to the opportunities that gaming offers both the player and the creator.

The artistic direction is very much worthy of note too. It hasn’t quite been fully realised, especially with the pixelated graphics, however the use of lighting to detail and accentuate certain textures and features is well done. It generates intrigue and acts as a focal point for each setting. It isn’t enough, but you can see the potential.

When a game asks you to put headphones in and play it in the dark, you know that there’s going to be an attempt to create an atmosphere that evokes feelings. Each setting is accompanied by some superb sounds which, had they been coupled with equally impressive story beats and interactivity, would have made for something quite special.

Developing Promesa into a more immersive experience would have gone some way to ensuring the game was able to showcase its focus on ‘contemplative exploration.’ Its walking simulation counterparts often provide a level of interactivity that makes it feel as though you are there. Be it zooming in on objects within the environment or picking up and looking at items as you walk by, both offer a much more intuitive way to explore than this does.

There’s also little to connect you with the story being told, especially with the visual style meaning there’s less detail to explore than one would like. It’s also challenging given that the fragmented memories are shared in no particular order and often don’t match the text seen before the scenario is shared. It’s a shame as the potential is evident, however, the execution makes it a trip down memory lane I won’t be forgetting – for all the wrong reasons.

Promesa wanted to be so much more than it is. It very much feels as though the creator has the context that the player doesn’t, and the poor performance makes it difficult to muddle through to try and find it.