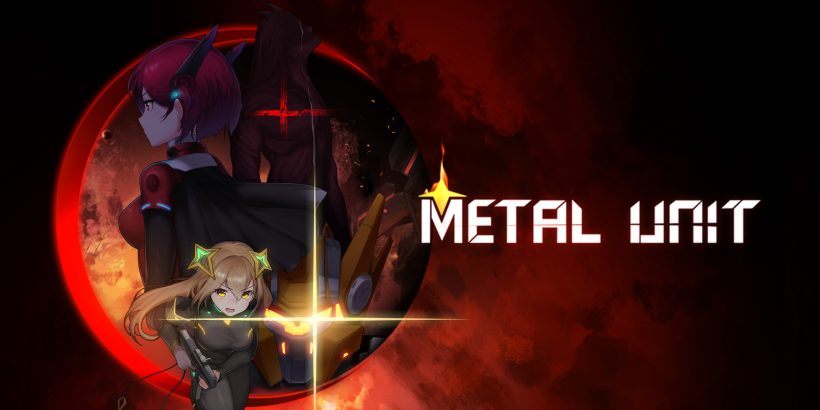 If you’re a fan of anime girls in mech suits, Metal Unit might be exactly what you’re looking for.

If your tastes are a bit less oddly specific though, Metal Unit is a slightly harder sell. It’s a rogue-lite platformer with quick action and tons of weapons to utilise, similar to other games in the genre. However, unlike some of its competitors, Metal Unit lacks the polish and depth that could otherwise make it stand out.

The concept is simple enough. You play as a woman piloting her own mech suit, and you’re tasked with fighting through waves of enemies in each level. You unlock more weapons and abilities as you go, becoming stronger with every level cleared. Once you die though, you’ll lose your progress and head right back to the beginning.

What Metal Unit does differently is it allows the player to essentially cheat the typical progression system in rogue-lites, offering ways to hold onto certain weapons or skip to later levels if you feel inclined. The more you play, the more opportunities you’ll have to simply pick up a better weapon from the get-go to ensure you’ll have an easier time. This might be good for players who only really care about using certain items, but it does remove a bit of the reason for playing a rogue-lite in the first place.

A lot of the fun in rogue-lite games comes from finding unique weapon combinations and chasing after rare items. Thankfully, the game has plenty of these to find and it’s always fun to see new items popping up in your inventory, especially if they have that elusive legendary golden colour. You can even scrap two weapons of a certain tier to try and combine them into a rarer one, but you’re never guaranteed to get it.

The gameplay itself boils down to blasting enemies with guns or slashing them with swords and axes. You can use a melee weapon and a ranged weapon at the same time, alongside a “sub weapon” which can be anything from a lightning strike to a bird dropping fiery eggs. You can use an ultimate ability too, but this only charges up if you attack enemies.

The combat is fast-paced and satisfying, even though the variety in levels and enemies leaves a lot to be desired. Some of the random level options are downright irritating to traverse, while others can be rushed through in 30 seconds. The enemies aren’t too tanky, but they’re not particularly interesting to fight either. Still, the gameplay is pretty fun in short bursts, although Metal Unit isn’t the kind of rogue-lite that’ll hook you for hours on end.

The game’s biggest downfall is the storyline, which frankly ruins the pacing of the game. It’s mostly nonsense, with a generic betrayal plot over-saturated with terrible writing. Every cutscene goes on for far too long, breaking up the gameplay with pointless exposition. I found myself skipping through it most of the time, but even that was annoying — when you skip to the next line of text, the music skips forward too. It’s incredibly amateur and a disappointing blemish on the game as a whole.

For the price point you can find better rogue-lites than Metal Unit. But if you like the retro pixelated art-style and you’re a fan of simple, fast-paced action, it’s worth considering. Just don’t expect any deep gameplay mechanics, and certainly don’t expect any kind of worthwhile storytelling. Metal Unit could have been a lot better if the developers focused more on expanding the gameplay instead of forcing a bad narrative over it, and what we’re left with is a rather basic experience. It’s not brilliant, but there’s still some fun to be found here.

Metal Unit offers quick combat and a multitude of cool weapons, but beyond that it fails to leave much of an impact. It’s fun to play, but you’ll forget the storyline as soon as you turn the game off.