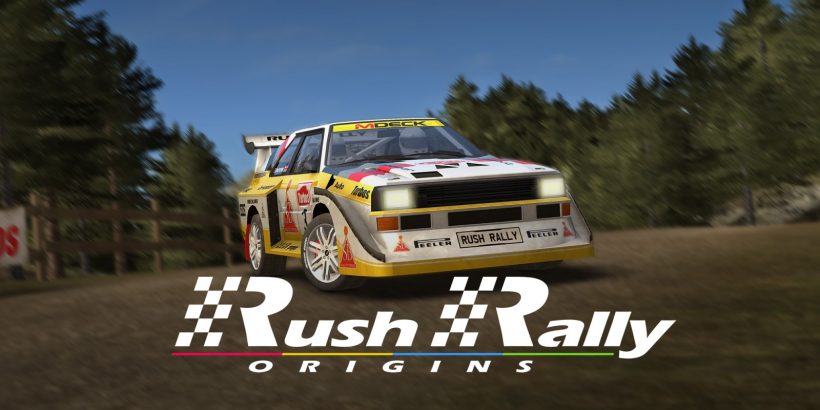 It’s important to preface this review with a Public Service Announcement: Rush Rally 3 is the greatest racing game on the Nintendo Switch. By the end of this review, Rush Rally 3 will retain the crown, but in a very close second will be Rush Rally Origins.

Responsible for the development of both titles for the Nintendo Switch is Stephen Brown, a solo developer and the founder of Brownmonster Games. With a portfolio showcasing the likes of Colin McRae Dirt 2, MotoGP 10/11, and F1 2009, he is no stranger to the laws of physics and has masterfully crafted a selection of the best racing games over the last 20 years.

Stephen chose to go it alone, utilising his experiences to make a rally racing series called Rush Rally. Whilst Rush Rally 3 brought its superb 3D rally experience to the Switch in late 2019, it’s Rush Rally Origins grabbing the spotlight in 2021. Effectively a reimagining of the original Rush Rally for mobile devices, it blends the top-down action of the first with the visuals and physics of the third, and my goodness is it glorious.

Upon loading Origins for the first time, one could be forgiven for thinking this was a cheap mobile port. For starters, it’s priced at a measly £4.99. Couple that with the relatively simplistic main menu and you’ve got all the makings of your average Android to Switch makeover. However, that’s where those comparisons stop. And I mean, stop. Under the hood is one of the most carefully curated rally experiences on the market.

It all begins with the racing itself. The handling is second to none, providing perfectly weighted cars that hold the track extremely well. When they don’t, it’s only because they are gliding around corners with style and finesse. There’s an immense level of satisfaction as you begin learning the limits of your vehicle, and watching seconds drop from your time is what rally games are all about. What I like most about Origins, though, is it acknowledges that this process takes time.

You shouldn’t be able to pick up a rally game for the first time and win every race. Understanding the mechanics and getting a feel for the way the cars respond to the terrain is something that should only ever come with practice. Origins somehow manages to balance the need for practice and the desire to win so that players continue to return time and again to improve, without ever feeling as though the game isn’t worth investing time in.

Coinciding with the mechanics of a racer is the performance. It doesn’t matter how a car handles if the hardware can’t successfully showcase it. Again, Origins nails it. So much so, in fact, that there is an option within the menus to permanently display the frames per second in-race. It’s a move that exudes confidence and is a testament to the developer and the product they have created. The only lag I’ve encountered in my playtime to date is during the loading screen – and that’s alright by me.

Visually, Origins is likely to be what causes some to dismiss the title. After all, it’s a fickle world out there. As ever, Brownmonster Games have applied the same level of detail to the graphics as it has all other areas of the game – albeit in different ways. From the main menu, you can access the Graphics options which provide scope to tailor the visuals to your preferences. You can change the resolution, tweak the target FPS, turn off and on the antialiasing and post-processing, change the level of detail on the course, and modify the level of shadowing and particles. That’s a podium finish for you, Brownmonster.

What keeps people racing days, weeks, and months after release is the amount of content, and Rush Rally Origins doesn’t disappoint here either. Time Trial events don’t need any introduction, but the championship and race modes do. In both, you have six countries to choose from and each contain six stages. You start off with all cars assigned to the D class, and you complete the events to gain points to upgrade your car.

The more time you spend driving a car, the greater number of points you will earn. By upgrading cars, you can change a car’s class, and you can then replay the six different locations in a quicker car. It’s a fantastic approach that has you completing repeated playthroughs for race wins and car improvements. Some cars are locked and require you to drive a certain number of miles before unlocking – another great incentive that never feels out of reach. Thankfully, the cars aren’t stuck behind paywalls either: something which seems to be becoming more of an industry standard these days.

There’s very little to find fault with here. Sure, I could comment on the lack of licensing for the cars and the drivers, but when the racing is as good as this, it’s inconsequential – or, in some cases, funny (see driver names). I could say that the visuals could be better, or I could lament the lack of true online multiplayer. But I just don’t need to. Irrespective of the astonishingly cheap price tag, it’s the second-best racing game on the Nintendo Switch. Buy it.

Rush Rally Origins demands a place in your Switch starting line-up. It’s second only to its Rush Rally counterpart, and is far and away the best racing game to release on the Switch in the last couple of years.