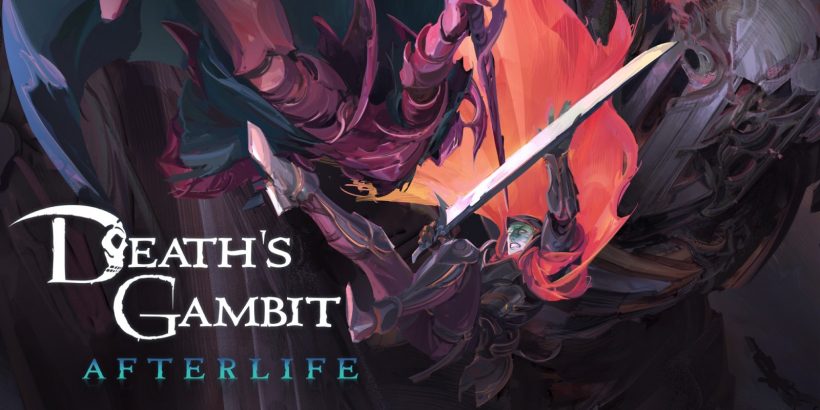 Death’s Gambit has quite an unusual history dating back to its release in 2018 on PC and PS4. Whilst its original release was a moderate success, there were many elements that both reviewers and players felt were either lacking or missing. As is so often the case, particularly with smaller development studios, feedback is taken on board and perhaps improved upon in a sequel. Not White Rabbit though.

This indie development team sought feedback and went back to the drawing board. There was a belief and a passion for what they had already created, and it’s now evident that they were wholly committed to making Death’s Gambit the very best it could be. Props must go to them, because Death’s Gambit: Afterlife is an excellent title that demonstrates how to respond to critique, and what results it can yield.

Now, I’ll do what I can to keep buzzwords to a minimum throughout this review, but there is a reason for these ones. For starters, Death’s Gambit: Afterlife is a Souls-like Metroidvania. It really is, as well. It leans heavily on the tropes commonly associated with these titles, from the very challenging and methodical combat to the larger-than-life bosses, backtracking elements, and the focus on classes and skill trees. It is also an RPG at heart, and the three different genres combine to produce something very engaging.

That’s not all that contributes to the vision; the pixel painterly art style is delightful. There are many games out there that utilise the 2D pixel combination, and it’s becoming harder and harder to stand out among the crowd. Afterlife manages to, though, and it offers a fresh presentation on that Souls-like formula.

Across the 20 or so hours that it can take to beat the game, you are drip-fed all manner of different systems and mechanics that feed into a very comprehensive and detailed Metroidvania. Opening the game are cinematics which set the scene for the events that follow, and you are then asked to choose from a selection of character classes. Each offers its own unique weapon type, plus a varied set of stats and gameplay styles to make your time with the game more memorable. What’s particularly impressive is the way in which these stats can be changed, and how your playstyle can evolve, as you uncover new secrets and find new unlockables.

You may find a weapon that doesn’t compliment your character stats, yet the power of the weapon may still make it the best choice for you at that time. Subsequently, you may decide to start using your upgrade points in different ways to channel your focus in different directions. It’s an excellent system and one that offers the scope to have rather varied repeat run-throughs should you wish to obtain alternate endings.

I’m not one to throw the Souls-like term around: just because a game is difficult, doesn’t necessarily mean it shares similarities to these games. However, Afterlife definitely does. Combat requires precision timing and an understanding of the opponent — you can’t just dive in here. As well as this, you save by resting at a camp, when you die you lose a restorative plume, and stats are hard to come by. In short, it is very challenging. Boss battles are challenging too. They are both engaging and well-developed and have been added to since the original Death’s Gambit release. You even have the option to attempt the fight again on a harder difficulty to unlock new content.

If it wasn’t already clear, death comes relatively quickly here. Much like in Dark Souls, you’ll lose a restorative plume upon defeat (health potion equivalent.) When you return to your place of death, you can pick it up. It was excellent to find that a second death without successfully collecting the dropped plume results in having two plumes to pick up, rather than the standard fare of losing only the one last dropped. I really like the approach, and White Rabbit have captured the best of the Souls-like and Metroidvania here.

When genres and systems combine like this, it can often falter in not quite establishing its direction. Thankfully, its ideologies and mechanics are deep-rooted enough to not have this problem. The only ways in which Afterlife stutters is in the management of these different mechanics and knowing how to make best use of them. I was occasionally overwhelmed by the possibilities, and I felt as though I didn’t need to be, had it been explained better or more cohesively in the first place. I also found the story to be less inspired — I wasn’t invested in it, even with the interactive flashbacks that develop the story further.

There aren’t many games that demand a fresh chance quite like Death’s Gambit. It’s such a shame then that this second throw of the dice coincides with arguably Nintendo’s biggest release of the year, and a Metroidvania no less. Be it now, with the dust settled on Metroid Dread, or later down the line when you fancy another Metroidvania again, I’d strongly recommend you choose Death’s Gambit: Afterlife.

White Rabbit should be commended for the approach to Death’s Gambit: Afterlife. With an unwavering commitment to excellence, a fantastic Souls-like Metroidvania has been born. It deserves to be played for this alone, but thankfully it stands on its own merits too.