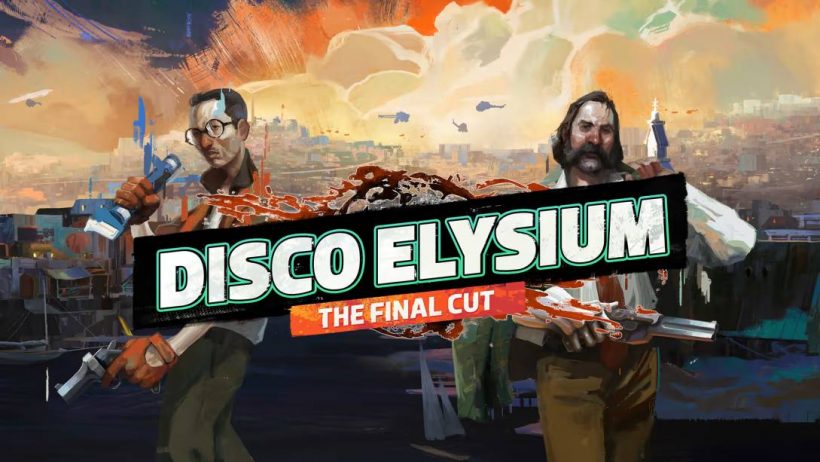 The beauty of a good video game is immersion. Sometimes Mario moves so smoothly we feel like we’re actually jumping ourselves. The striking visuals in Astral Chain bring that world to life before our eyes. And Disco Elysium absolutely nails immersion. The world of Revachol feels tangible on my screen. Dirty, busy, full of character, and buried under a thick layer of grime, it’s been a long time since a world felt this well realised and so richly populated.

After waking up from a devastating alcohol-induced blackout, you play as a policeman having to rediscover his whereabouts and his purpose. You’ll quickly bump into your assigned partner, a cop with their wits about them called Kim Kisturagi, and you find you’re investigating a murder. Navigating this with no memory or understanding of your surroundings is difficult, and it doesn’t help your police work when people notice you’re out of your depth. It’s a fantastic set-up and an intriguing mystery to solve. You’ll be investigating your own mind as much as the citizens of Revechol.

Where Disco Elysium instantly sets itself apart, is with the constant conversation within the protagonist’s head. As they struggle to come to terms with their surroundings, different aspects of their psyche manifest, narrating each choice and helping you decide what to do next. And trust me, you have a lot of choices to make. The voice in your head is also presented with an entrancing deep and eloquent drawl that gives each word a particular sting. Upon starting the game you’ll choose from a few set builds, different stats offer different advantages, as you’ll be rolling dice for checks in parameters like logic, reaction speed, pain threshold, and many more.

Revechol and the greater world surrounding it are bleak, unforgiving areas that encapsulate the dark sides of capitalism, drug problems, and interracial tensions. As you explore and interrogate citizens, conversations are filled with nuance, interesting twists, and are always informed by your decisions and checks. Even the people I barely expected to have a word to say, led to deep, meaningful conversations that further coloured this world. People are greedy, difficult, and they are likely lying to protect themselves.

Each conversation can go many ways, and I even managed to get myself killed fairly quickly on my first playthrough. A conversation with a racist brute went badly and he twisted my arm until I crumbled to my knees. I absolutely loved it. Conversations clearly had consequences, there are stakes, and the more I explored the more interesting things I found. It’s also interesting to take chances, dictated by dice rolls, and see what happens. Depending on your stats, the game will always give you the probability of passing your check with a percentage. Pushing your luck and clearing a 55% check feels thrilling, but I also lost checks around 80% more than once…

As you unearth more information from people, you can equip that knowledge and earn more stats. Your amnesiac detective can become a master of manipulation or a beacon of physical strength, but it takes time and determination. It gives already meaningful conversations a further incentive, meaning investigating citizens is as mechanically satisfying as it is entertaining. You can also find different items to equip your character with, each adding stats to your build or helping you further the case.

It’s not all exploring though, Disco Elysium is a murder mystery after all and a particularly gruesome one. Just as the world itself is filled with character, the greater story and mystery at large is just as dense. As you discover more about yourself, the world reveals itself to you, and every single moment is a fascinating one, up until the mind-blowing finale. It’ll make you want to start over again immediately to see what other ways you can reach the inevitable conclusion or the many ways you can die along the way.

Sadly, this is where the praise ends, as the Switch port is somewhat lacking. While squeezing such a dense game onto Switch, with an incredible amount of voice acting, was clearly a miracle, significant load times even between rooms and an often stuttering performance are the price you pay. Mapping controls to buttons is also not without issues, and it became frustrating to navigate more than once.

Disco Elysium offers an incredible, rich, and multifaceted world to explore, and gives you the perfect tools to navigate it. The mystery at its core is fascinating to unfurl and each character feels incredibly well realised and acted. I just wish the Switch version ran better, as performance issues stand in the way of the narrative, sometimes slowing this captivating story to a crawl. Having it handheld is incredible, and it still looks and sounds great, I just hope performance issues get addressed down the line so every player can experience this horrible, engrossing story at the pace intended.

With a fascinating, grisly, and grimy world to explore, Disco Elysium offers an engrossing world and captivating characters in every moment of gameplay. Unveiling that story and interrogating citizens is an unforgettable adventure, but it’s sadly held back significantly by long load times and performance issues.