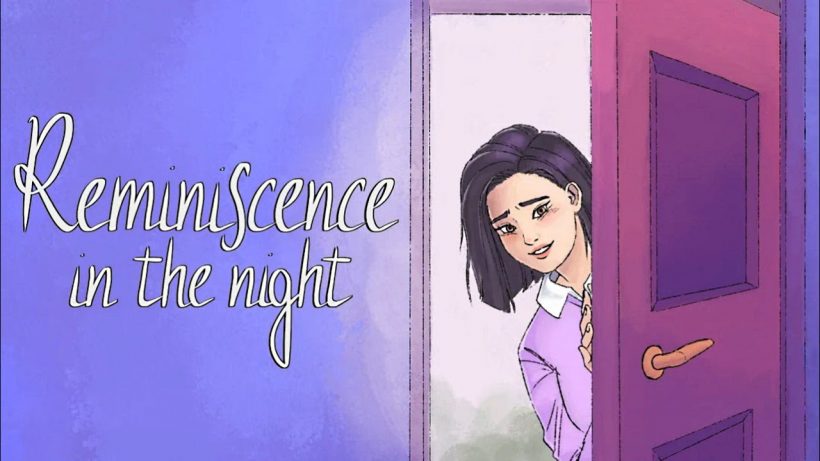 Point-and-click puzzle games tend to have one good playthrough in them before you’re finished with them forever. After all, there’s no point in going back through a game you’ve already completed if the puzzles are the same and won’t challenge you. Reminiscence in the Night manages to make repeating the game multiple times worth your while by introducing a story with a few endings for you to see. However, there’s a looming darkness here that might make you put it down after seeing just one.

Reminiscence in the Night is a visual novel that tells the story of a character who wakes up one day with no memories. The story is told through interactions with the world, which see you gather your memories as you progress through a few days and explore more of your apartment. There are only two rooms for you to explore: the main apartment downstairs, and your room upstairs. The number of objects you can interact with is small, and some open up into what should count as a new area, but these are always story sequences so they don’t count in the same way.

There are three characters to interact with in the game. First is your mother, who keeps calling you, leaving messages, and generally sounds worried about your wellbeing. Interestingly, she seems to suffer from an illness that is causing her to lose her memories, but this isn’t fleshed out that much through the story so it’s not clear exactly what’s happening. The second character is your childhood friend, a girl that has always been there for you. She sits at her laptop all day and works how she can, waiting all the while just in case you need to talk to her. The final character is a mysterious figure that you meet in a world through the mirror.

The few controls in the game are delightfully simple. You control a cursor and move it over objects to interact with them. This also applies to dialogue choices in conversations, meaning you can focus on the story and don’t have to think about anything else. This plays to the game’s favour, because the story isn’t something you’ll want to rush through. Dialogue choices affect the outcome, and this is how you’ll reach each of the endings. The choices that make the biggest differences are never broadcast to you. In fact, they seem to be hidden as arbitrary choices that are linked to memories you won’t uncover unless you explore a certain theme further. It feels good to try to work out how to reach each ending, but the game isn’t compelling enough to make me want to try.

Without spoiling the story too much, the game explores what I interpreted to be feelings of loneliness and depression. It’s possible that agoraphobia is also mixed up in there because you’re unable to leave the apartment, and at one point you can see a dark figure standing by the door. As you advance the story in one direction or another, you’ll notice things change in the apartment. When things get dark, they get really creepy, showing the mental state of the protagonist through how they interpret the world at that moment.

Reminiscence in the Night is a good visual novel but, at points, it did feel a bit too real. The idea of someone always being on call in case you need to talk is a serious one that some people will empathise with. This and other concepts in the game give it a dark undertone that had me feeling uneasy the entire way through. If you’re looking for a short yet memorable experience, that might help you realise a few things about yourself, this is the perfect game for you.

Reminiscence in the Night £4.99

Reminiscence in the Night tells an interesting story that often makes you feel too exposed to want to return and try to unlock one more of its multiple endings. However, there’s something about it that keeps you coming back to repeat the short narrative experience.