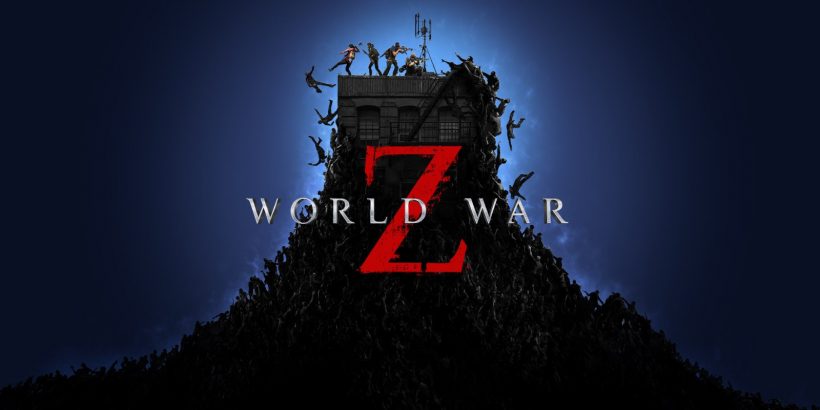 Do you remember 2013? Horse meat was found in burgers that weren’t meant to include horse meat, Andy Murray became the first British man to win Wimbledon since 1936, and HMV went into administration. These headlines weren’t on Brad Pitt’s radar, however, as he was busy tackling far too many zombies in the movie World War Z. Which brings us neatly to 2021, in which you can now take Brad’s place and battle the undead on your Switch; optionally, with some of your mates alongside you too.

World War Z journeys through four distinct worldwide locations, each with their own zombie problem. New York, Jerusalem, Moscow and Tokyo each offer a different visual perspective, and these regions are divided into chapters that can be completed in any order. Each playthrough earns rewards (even if you fail) which can be spent on upgrading your character abilities, and the weapons that they use. Different character classes specialise in various skills and having a good mix within your team will help overcome the decaying odds.

For the solo gamer, the same missions that are on offer for online public or private sessions, are also available to play alone. This doesn’t mean your character needs to venture into deadly territory unaided, though. The CPU will take control of the other members of your party, and it’ll do a pretty competent job of keeping the team beside you, only pushing forward when your own actions initiate that movement.

The story and character progression will do little to captivate the player, and so that pressure weighs heavily on the zombies themselves. The environments of World War Z aren’t filled with the most technically proficient bunch that have ever shuffled through a video game; better specimens are found elsewhere (including notable examples on other gaming formats). Nevertheless, these critters handle their post-death duties quite admirably, lurking in the darkest corners awaiting their cue.

And there are plenty of them. There will, on occasion, be hundreds swarming towards your team, intent on defeating you by sheer weight of numbers. The zombies literally pour forth from doors and tunnels, tumbling and colliding with obstacles (and each other) as they dash towards you. These attacks are thrilling, and the game will often give you a minute or two to prepare some defences before initiating the next battle. With a little exploration, you may find a turret or a high voltage grid to position yourself before the inevitable assault. These moments of quiet are also the ideal opportunity to use medkits to patch up any injuries in your team.

There are other techniques to dampen the threat of a zombie army. Should they be using each other as an undead pyramid to climb and reach your lofty position from a lower level, a well-placed grenade or a barrage of bullets to the base of the pyramid will allow a temporary reprieve from their advances. Keeping the bulk of the horde at bay isn’t the only problem; there are specific zombies that have additional abilities that add tension. A Screamer should be taken out as quickly as possible, as they’ll alert more zombies to your location, while the hazmat-suited Gasbags will disperse poisonous fumes. For sheer brute force, the Bull will use the protection of riot armour and hefty muscles to pummel their victim until they’re taken out. The zombie horde is undoubtedly World War Z’s biggest draw, powered by the developer’s own Swarm Engine. This mass of zombies take centre-stage in a FPS adventure that, without them, wouldn’t offer such enticing meat to bite into.

There are some technical deficiencies. The frame rate drops on occasion, and the image quality can lower when zombie numbers are at their peak. There were two moments when I pressed the left shoulder button to snap the viewpoint to an aiming position which resulted in my character being trapped in a jittery animation between two different poses. The remedy was to close the game and restart, although for a majority of my playing time, this wasn’t an issue. On both occasions I encountered this problem when playing docked, although this may be incidental. Perhaps a future patch will resolve this particular open wound.

Playing through the campaign in multiplayer is the best option, and there are additional familiar match types to delve into such as King of the Hill, Swarm Deathmatch, and Scavenge Raid. At the time of writing, the Switch version doesn’t include the Aftermath upgrade, which means that, for now, Nintendo’s console doesn’t benefit from the additional characters, maps and gameplay tweaks that can be found on other formats. Nevertheless, World War Z on Switch has enough content to entertain players who are looking to tackle the zombie invasion with friends at their side. Without the added dynamic of other players, however, there is perhaps not enough to sustain interest for solo gamers. Like the zombies, it’s strength in numbers that reaps the most reward.

There’s not much meat to the bones of this zombie-infested adventure, but World War Z—more fun than fear—manages to offer a neat range of multiplayer gaming options and a competent single player campaign.