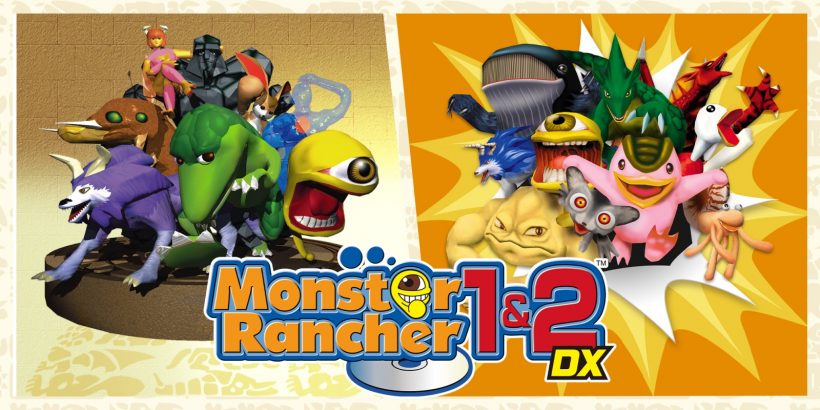 Deluxe editions of games have been a standard practice for many years now. You take a much-beloved title, sprinkle in a few quality-of-life improvements, add the odd visual upgrade, and boom: you’ve got yourself a nostalgia-inducing package ready to go. That nostalgia is really the key factor here, as demand for the game has to be present to ensure all that effort isn’t wasted. Unfortunately, Monster Rancher 1 & 2 DX fails to capture the imagination, cementing these games as two that remain firmly rooted in the past, and would have done well to stay there.

Monster Rancher is a series that’s often been compared with Pokémon. This isn’t necessarily a fair comparison and is one I think may even sully expectations, but the two series do share some of the same DNA. Like Pokémon, Monster Rancher sees you raising a variety of eclectic monsters to do battle with, the main distinction being that these fights swap out all the strategy and excitement of Pokémon’s turn-based affairs, for an action-based system that lacks any real sense of excitement. Its main issue is the disengagement between the player and what’s happening onscreen. The player is forced to take something of a hands-off approach during battle, their input limited to moving their monster back and forth to ensure they’re in close enough range to use one of their attacks. Especially early on, this makes battles a showcase of one of the dullest ways to approach what should be one of the most exciting portions of the game. From the first moments you boot up either title in this collection, the importance of the battle tournaments are impressed upon you, yet the games do little to make this a compelling part of the experience, a problem that permeates most aspects of both these titles.

For much of their runtime Monster Rancher 1 & 2 simply feel like a never-ending parade of menus. At first, I attributed this to the technical limitations of the original releases, although the original PlayStation was capable of far more. There are plenty of genres where this type of gameplay would feel in keeping, and Monster Rancher’s roots in the simulation sub-genre of games are almost a saving grace. However, these titles just don’t do anything interesting with their premise. Each week of the game sees you choose between a variety of options that really don’t feel all that different. Whether you’re training your monster, sending them out on a job, or giving them a rest, the process is always the same: an (admittedly) cute or funny animation followed by a small increase to a stat that rarely feels as though it ever makes a difference. What’s worse is that you’re a completely passive observer in these scenarios so, again, you’re faced with large swathes of the games where you are sat watching events play out that you have no control over.

This all results in an experience that’s just boring. So much of the games see you simply watching stuff happen and no amount of charming animation can make that a gratifying experience. Those pixelated animations do however stand as one of the few times the game looks interesting. The muddy textures and bland colour palette consistent throughout the games are incredibly drab, and before long everything seems to meld together into one monotonous blob. Even the monsters themselves, which have some interesting designs, are let down by a graphical style that doesn’t do them justice. Yes, these are late 90’s era games, but there are plenty of titles from that time that retain a varied and dynamic style and Monster Rancher is miles from that kind of greatness.

Even the central gimmick of the games is pared down in these versions. This is, of course, because it’s impossible to re-create, but the workaround is hardly inspired. The original titles allowed you to unlock new monsters to raise by inserting CDs into the system, whose metadata would then be used to spawn a certain creature. It was an innovative use of the data delay between swapping discs on older systems and a genuinely exciting gameplay mechanic. This has been replaced by the ability to simply search an album’s title and see what you drum up. The selection seems to have been refreshingly updated to include more modern artists, yet the whole mechanic has lost its quirky charm. It also feels needlessly restrictive, as you can’t access monsters you’ve yet to unlock through the main game, a process that can be painfully slow.

Monster Rancher 1 & 2 may have coasted to moderate success on the back of their interesting gimmick upon initial release, but these ports prove that some titles just shouldn’t make the leap to modern-day platforms. The newly added features are unremarkable, and do little to justify the DX titling, and what little gameplay there is feels incredibly dated. These are ports simply not worth your time, and whilst it’s nice to have niche titles finding a place on Switch, seeing them on modern platforms is a painful reminder of why they were so niche in the first place.

Monster Rancher 1 & 2 DX is a disappointing package made worse by its presence on the Switch. The main gimmick has lost all its wonder and both games feel like the exact same experience, roughly slapped together by uninteresting and sparse gameplay.