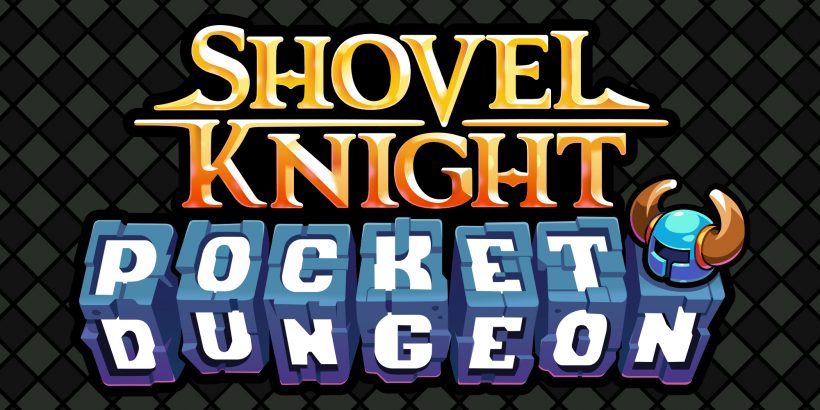 Shovel Knight has made its return to the Nintendo Switch, but not in the way that we already know and love. Yacht Club Games has opted for a spin-off to the series with Shovel Knight Pocket Dungeon, instead of the sequel that many have been asking for. But, boy, what a spin-off it is.

Shovel Knight Pocket Dungeon is a puzzle/dungeon crawler, with added rogue-lite mechanics, which sees players taking control of Shovel Knight and other returning characters. You’ll be moving around an 8×8 grid, clearing out enemies and anything else in your path. Practically speaking, it’s going to be a little more complicated than that, since simply moving into an enemy or object will cause damage to both, but more on that later.

Rather than being strictly turn-based, Pocket Dungeon’s enemy movement acts on a timer, as well as reacting each time you make a move yourself. So standing still isn’t going to give you any time to think about your next move. The game lays on a lot of pressure and this can cause you to make some silly mistakes early on, but this pressure also allows the game to build and sustain momentum and, in return, you will keep coming back for more.

Similar to the likes of Grindstone, matching more than one of the same enemy will defeat them all to cause a chain reaction, which is super helpful when there’s a lot of enemies on the grid. Shovel Knight Pocket Dungeon will require quick thinking and skill in order to get far, which isn’t going to be easy.

Every enemy and object you come across in the dungeon has different levels of health and deals different amounts of damage to you. Each time you attack something, it will deal damage back, requiring you to, once more, think about your following moves. For example, Beetos have two health and deal one damage, while Boneclangs have three health and deal two damage.

Each time an enemy — or group of enemies — is destroyed, you will gain gems which can be spent in-game at various merchants you may come across. You can acquire upgrades and special abilities to use in that particular run. The greater the chain, the greater the payout. Some of these upgrades can be invaluable, such as being able to revive once instead of succumbing to death, or gaining poison damage for attacks.

Outside of the dungeons, you will be able to spend your hard-earned gems on various permanent upgrades and relics that will help to make future voyages a little easier. These can be simple buffs or items that you will now come across in the dungeon. Collecting these is vital to a successful run.

When you’re not fighting monsters and collecting loot in the dungeon, you’ll be exploring your camp: your ‘safe place’ or ‘home base’. There’s plenty to see and do here such as changing your costumes, purchasing relics, and speaking to various characters. There are also secrets and hidden places to find here, so it’s definitely worth exploring.

As you progress through your runs you will encounter various characters that, if you defeat in battle, you will be able to unlock as a playable character for yourself. Each character has a special ability and/or perk. For example, Shovel Knight spawns more potions whilst in the dungeon whilst King Knight has a charge attack ability that will, in return, damage himself.

Of course, this is a rogue-lite and, therefore, you’re going to lose all your collected items and be forced to start again each time you die. Those who are familiar with other rogue-lites will know that they involve a lot of trial-and-error gameplay, and can get very repetitive. Luckily, Shovel Knight Pocket Dungeon keeps you hooked.

There are a few game modes to keep you occupied in Shovel Knight Pocket Dungeon, starting with the game’s Adventure Mode. This is intended to be the main way you play to experience the game’s story. You might think that a puzzle/rogue-lite wouldn’t have a good story to follow, but you’d be wrong in this case. The game delivers plenty of fun and exciting characters to follow. Adventure Mode does run a little short, but it is incredibly tough. It will take you many runs and upgrades before you will reach the end and, even then, you can still keep going back through it.

On top of that there is a Versus Mode which sets you one-on-one with another player, whether it’s an AI or a friend via local play. Sadly, there isn’t any online multiplayer included, which I found to be a little unfortunate since it seems like the perfect game for it. Maybe, hopefully, it will get added in a future update…

The final playstyle you can explore is the Daily Run mode which updates every 24 hours to a new dungeon. The idea is to survive as long as possible to get the highest score. Simple, but effective, it will keep you signing on each day to try your luck.

Shovel Knight Pocket Dungeon is the spin-off I never knew I needed but I’m so glad we got.

Overall, Shovel Knight Pocket Dungeon is one of the best puzzle and rogue-lites I’ve had the pleasure of playing. Though it’s not without a few faults, this is a must-play for any Shovel Knight fan.