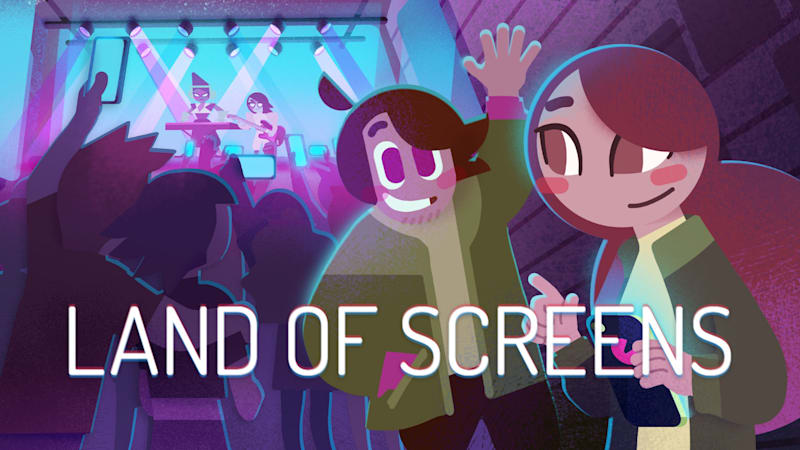 Society is saturated with mobile phones. It’s likely everyone you know has one, perhaps two! From adults to teens, even children, everyone is carrying a virtual life in their pocket.

Technology is so accessible to us that we take for granted the multitude of costs and side effects it has on not only our mental and physical health, but also the horrible environmental toll its creation and use has on the natural world.

Land of Screens dumps us into a world that’s rife with rampant phone addiction and severely lacking in real human connection. If this sounds eerily similar to your own lived experience, read on!

The story begins with protagonist, Holland. She’s just broken up with her partner and is struggling over whether or not to make a post on social media spreading the news. After deciding not to, and discovering the ex already has, Holland tries to disconnect from her phone and social media. She endeavours to unplug herself, friends, and family. Holland attempts to do all of this while avoiding a constant pull of notifications constantly springing up on her socials.

This game is infinitely relatable. Have you ever been having a conversation with a friend when, suddenly, they pull out and check their phone while you’re still talking? Perhaps you’ve done that to someone else? Holland must attempt to convince those around her to be present in the moment rather than living solely in social media, and what an uphill battle it is.

The game is marketed as a point-and-click adventure game, but on the Switch it feels more like a lightly interactive visual novel. You move Holland through each area, and when she passes near something you can interact with, a white arrow will appear over it to indicate you can press A.

The game consists of talking to people, and discovering what you need to say and do to convince people to put the phones away: very light puzzle solving.

The art style is fun, full of a light pastel colour palette, with each character a combination of well placed geometric shapes. Holland, for example, has long brown hair that is simply two brown circles that bob and bounce behind her as she walks.

One of the best aspects of the graphics is how well they are used to indicate Holland’s emotional state. When she picks up her phone and sees fifty three new comments on her recent breakup, the colours go dim and dark and the world starts to close in around her. It enhances that feeling of insecurity and uncertainty she feels whenever she’s worried about what people are thinking or saying about her.

Subtle touches like this, in any game, are a delight to experience.

The soundtrack in Land of Screens holds a lovely variety for the ears. From soothing piano tunes to high energy chiptune beats, the music suits the mood.

All in all, Land of Screens is a lovely little story with interesting characters. It’s over before you can blink, but the price is right. And if this game can get anyone who plays it to shirk their devices for a while, then it will have achieved a noble goal indeed.

Land of Screens is a light puzzle game that feels like a visual novel. A relatable premise mixed with excellent music and a unique art style will set your empathy skills into overdrive. It’s over quickly, but the price is so right!