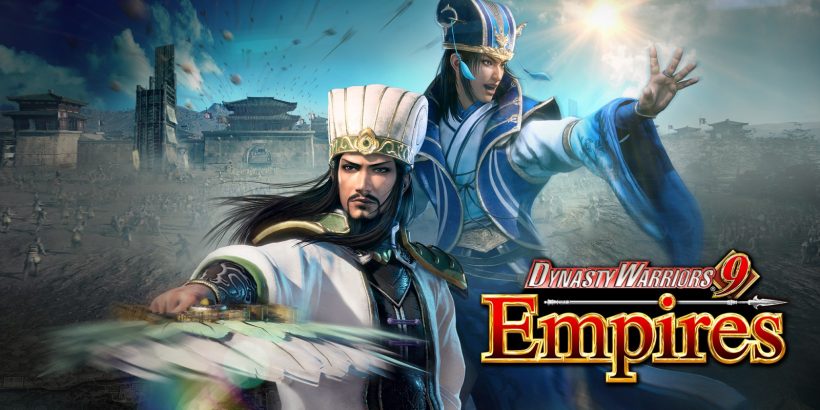 The latest in the ‘Empires’ spinoff series from Omega Force and Koei Tecmo, Dynasty Warriors 9 Empires brings the exciting Musou action of 9 to the Switch platform for the first time, trading in its open-world for a deeper focus on strategy and conquest.

Despite these new features being a welcome, refreshing addition to the gameplay formula that we’ve seen before in Musou titles on Switch, visual and performance issues prevent it from becoming the new go-to game for scratching the ‘1 vs. 1000’ itch.

Those who have played the popular Zelda spinoffs Hyrule Warriors or Age of Calamity will be familiar with the 1 vs. 1000 gameplay crux that these sorts of games are predicated on. However, Empires follows the tradition of adapting the Dynasty Warriors games into a strategic conquest. Tasked with unifying China and expanding your Empire, you’ll have to recruit officers, set goals, gain resources, negotiate with rivalling kingdoms, and defend your territories as you rise to the challenge of ruling. Depending on the campaign that you select at the beginning, and the sort of ruler that you want to be, your story will unfold in a variety of ways, so it feels very personalised right from the start.

Empires features over 90 playable officers, with unique styles and weaponry to suit your preferred playstyle. You can even create your own officer to lead your forces out into battle, using a ridiculously comprehensive customisation suite. The battles themselves are set up around castles, with you either having to defend yourself from an oncoming invader or stage a siege to spread your influence across the land.

As someone who has found the gameplay in these sorts of games to get a bit repetitive after a while, I feel this format really helps to keep you engaged with the combat, with each invasion or defence holding weight over your ultimate success in establishing your kingdom. You’ll fight tooth and nail to secure new territories when the timing is right, grow respect for neighbouring kingdoms that send reinforcements to aid you in your efforts, and take it personally when enemies decide now is a good time to start knocking on your castle doors with a battering ram.

It’s a shame, then, that with such a varying suite of strategy elements built around it, as well as battles that genuinely feel more meaningful as a result of the way you plan them out in advance, the actual core gameplay itself is by far Empires’ worst component. Weapon combinations and abilities work well, and the objectives you can set in advance are satisfying to complete, but poor optimisation makes the battles a chore, rather than the action-filled spectacles and payoffs they should be.

It’s that PC-benchmarking test level of visuals—everything turned down to minimum, with so much pop-in that you’ll think the enemy has suddenly received a garrison of reinforcements on the field. Things are slightly better when docked as opposed to playing in handheld mode, but the on-screen text can then sometimes appear pixelated and difficult to read, and blowing up the minimal textures is a last resort when looking for ways to survive in the heat of battle.

Even as a spinoff focusing on strategic elements, it’s a major disappointment that the core gameplay is so lacking, and the weaker performance can also leak into other aspects of the experience.

Cutscenes look rough and take too long to load. Other nice touches—such as the ability to ‘stroll’ throughout locales, or personalise hideouts with furniture—are rendered pointless by the painful visual fidelity. Eventually, I found myself skipping these sections entirely to avoid the tedium, an irony considering that they’re interspersed to break up a gameplay loop that some considered to be rather monotonous in the first place.

The price tag attached to the game—and its additional downloadable content—is another strike for Empires, with the standard edition setting you back £54.99 and the deluxe edition a whopping £89.99. The latter contains some additional stages, cosmetics for characters, and a DLC season pass for future content and campaign options.

Coming at a campaign from a fresh angle provides plenty of replay value to the package, and I’m sure new content is something that hardcore fans will have fun with but, ultimately, if you’re paying that much for an experience on the platform, you expect it to run well.

Overall, Dynasty Warriors 9 Empires offers a lot of depth and replayability in its strategic campaigns, but the visual mess on-screen unveils a major Achilles heel in its action gameplay—which should be the bread and butter of the experience. With a chink in the armour that wide, it’s hard to recommend the game on this platform.

If you’re a fan of the series and value being able to take your campaigns on the go, then you might be able to see past the issues. Otherwise, it’s decent, but another platform might better help you to enjoy the grand scale of Empires warfare in the way Koei Tecmo intended.

Dynasty Warriors 9 Empires adds a satisfying strategic element to the Musou formula, helping to make each strike on the battlefield more meaningful. However, poor performance and a hefty price tag make it difficult to recommend on Switch hardware.