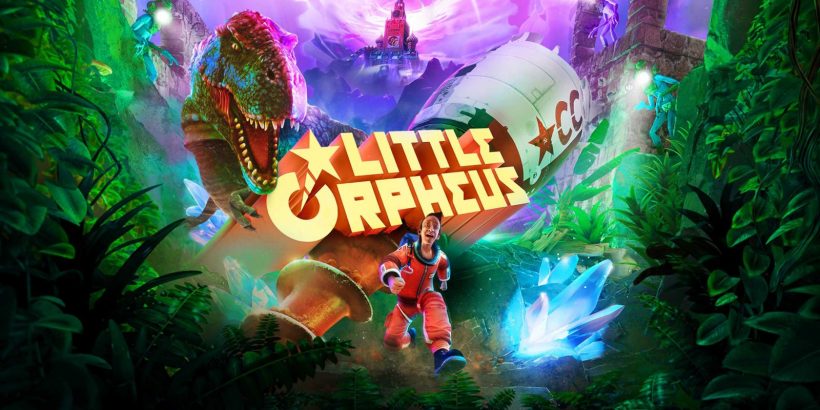 Initially released on Apple Arcade in 2020, the journey Little Orpheus has taken to get to consoles is not unlike that of its main character. Full of unwelcome surprises—the game is one of several that was delayed due to the war in Ukraine—its journey is nonetheless complete, and the result is a gameplay experience with a lot to see but, unfortunately, not a lot to do.

Little Orpheus sees you play as Ivan Ivanovich, a Russian cosmonaut sent on a daring mission to the centre of the earth inside his exploration craft, the titular: Little Orpheus. Naturally, said mission goes sideways, and Ivan is forced to explore worlds within worlds in an effort to find his way home. The story is narrated by Ivan himself, miraculously unscathed from his ordeal, as he tries to convince a rather intimidating Russian general that his tale is true. To say much more, I fear, would give things away, but it’s safe to say the story never quite goes where you’re expecting, right up to the end.

It really is the story that makes Little Orpheus as enjoyable as it is. The entire experience is anchored by the two characters telling (and disbelieving) the story. Ivan and the General build up such a great rapport throughout, that it’s impossible not to get sucked into the proceedings. The General bounces from genuinely intrigued to frustratingly furious at the drop of a hat—or the drop of yet another unbelievable feat by Ivan—and his entire character arc is both unexpected and something I was surprised to become so invested in, in such a short space of time. Ivan, meanwhile, feels like the very definition of an unreliable narrator. His tales of humble heroism are sprinkled with inaccuracies and contradictions, but it is a shame the game doesn’t really let you pick up on these yourself. The General will generally (wink wink) make a comment on each of these, leaving you little time to bask in the pleasure of your realisation.

The back and forth between Ivan and the General is core to the game’s appeal. The juxtaposition between the fumbling, bumbling Ivan and the stoic General doesn’t portray a pairing that inspires anything new, but the writing is so sharp that the story feels fresh regardless. Unlikely relationships such as theirs have been mined for every shred of comedy they’re worth for years, so for me to still find enjoyment and laughter in what could have been a very stale scenario speaks to the strength of both the writing and the acting. The voice actors bring certain nuances to each character that set them apart. They don’t feel generic in any way, because you feel the humanity in them. Whether that’s the way Ivan rambles as he fears his story is coming undone, or the curiosity the General expresses in Ivan’s story, it all feels very genuine.

The strength of the story is only aided by the game’s structure. It’s separated into eight episodes, each taking place in a different part of the world Ivan finds himself in, essentially akin to the different world types you’d find in any Mario game. Structuring the game in this sense, however, really does make you feel as though you’re playing through a mini-series. With an opening titles sequence and cliffhangers bookending each episode, it all feels like one grand production. It’s no surprise when you factor in the soundtrack, which I believe is one of the best I’ve experienced in a game for a long time. Whether it’s building tension or conveying the sense of scale of the world around you, the soundtrack is sweeping and epic; I’d argue it elevates the game more than the gameplay does.

Yes, the gameplay. That’s where Little Orpheus comes stumbling from its pedestal. It’s incredibly unfortunate, as every other element is so well polished, but as a game Little Orpheus is quite frankly dull. What you can do is done well, there’s just not enough variety to the gameplay to make it at all interesting. Most of the game consists of holding the analogue stick to the right as the story unfolds around you. The odd jump and quick time event, as well as some very rudimentary puzzle solving, and that’s your lot. The only challenge I found in the game was when button inputs didn’t register, and I was sent tumbling down a ravine through no fault of my own. Luckily this wasn’t frequent enough to be a real problem, but it happened enough times to be noticeable.

In a way, I think the limited gameplay mechanics work in favour of the story. But that story is too spread out at times, meaning you often wade through long, quiet stretches of uninteresting gameplay before you get back to what’s interesting about the game.

Little Orpheus tells a fantastic story, set in a grand and extremely beautiful world, that ultimately keeps you engaged in spite of its uninspired and ultimately dull gameplay. It’s one of those games where the story takes centre stage, which is by no means a bad thing. However, it’s clear that was never quite meant to be the intention. As a result, this experience leaves you wondering what could have been.

Little Orpheus weaves an epic tale through its short runtime. Unfortunately, the gameplay just doesn’t live up to the same standard. But if you’re after an experience that’s nonetheless engaging, this is the game for you.